Terrain Minerals is back on the ground at its Smokebush project in WA, with the company firing up the drill rigs and embarking on a 17-hole, 2,100 metre program of reverse circulation drilling. The latest program will extend the current drill pattern over the Monza prospect and jump into a maiden four-hole program over its new Paradise City discovery. 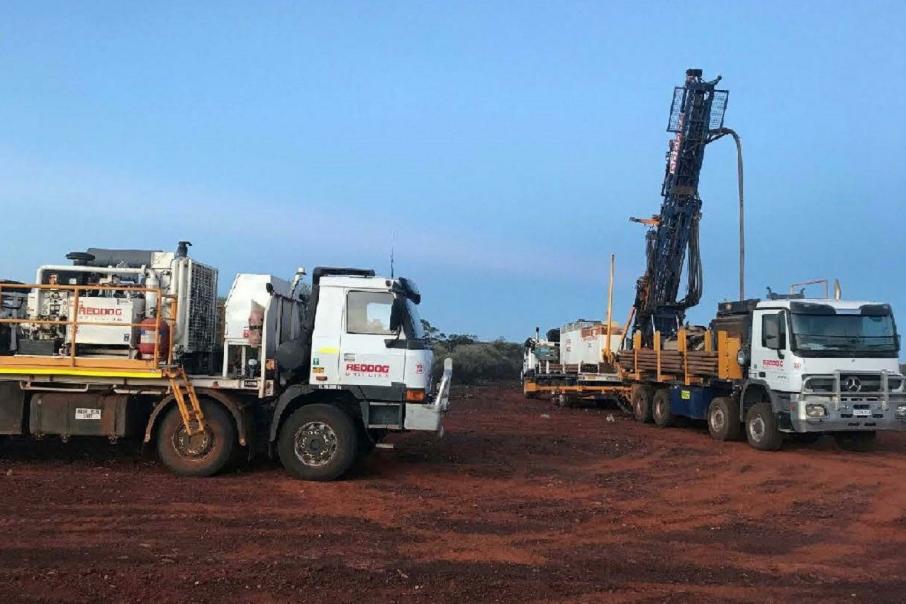 Drilling set to commence over the Monza prospect at Smokebush in WA. Credit: File

Terrain Minerals is back on the ground at its Smokebush project in WA, with the company firing up the drill rigs and launching into the next phase of exploration over its budding Monza gold prospect. Terrain has embarked on a 17-hole, 2,100 metre reverse circulation drilling campaign which will see the explorer extend the current drill pattern over the prospect and jump into a maiden four-hole program over the new Paradise City discovery.

In a very tight market for drilling crews, the company has secured a rig from RedDog drilling which it says has the grunt to properly test the ore system at Monza. Terrain has specified that it requires the services of this larger rig in order to dive deeper into the fresh rock in the ongoing hunt for high-grade gold mineralisation.

The Smokebush project comprises five prospecting licenses and three exploration licenses which cover more than 50 square kilometres of gold-bearing greenstone stratigraphy. Terrain’s exploration over the project has advanced rapidly since its acquisition of the ground in late 2019, with initial work identifying a smattering of artisanal gold workings which have now developed into a pipeline of gold prospects for drill testing.

Smokebush sits on the Yalgoo greenstone belt which also hosts the nearby Golden Grove copper-zinc mine, the Minjar gold mining complex and the Mt Mulgine tungsten-gold deposit, highlighting the prospectivity of the region.

Tungsten is now engaging with various would-be offtake and development partners to bring the ore body into production, which should deliver significant upside to Terrain’s Smokebush exploration and development program. Tungsten has already begun upgrading the infrastructure across the region and is looking to build its processing plant within 5km of the Monza and Paradise City gold discoveries.

Previous exploration at the Monza prospect has identified an 800m long structural corridor associated with a shear zone that cross-cuts the underlying stratigraphy. Drilling and sampling indicate the presence of shear and quartz vein hosted gold mineralisation, with first-pass drilling having returned more than one or two encouraging intercepts including 4m at 4.46 g/t gold from 51m and  7m at 2.72 g/t gold which included 1m at 11.1 g/t gold from 25m down-hole.

The current 13-hole drilling program at Monza is designed to test the deeper extensions to the mineralised system and to extend the drilling pattern to the north of the current prospect area. Previous sampling in the area last year returned rock chips of up to 100 g/t gold.

Terrain will also conduct its maiden campaign over the Paradise City discovery which is located to the south of Monza. There,  recent geophysical surveying detected an interesting looking fault zone extending along the contact between a north-south trending high-magnetic unit and the rocks that make-up the basement stratigraphy.

The Paradise City gold target extends along more than 3km of strike, with sampling around the old mine workings having already returned some impressive numbers. Results at Paradise City include assays of 38.9 g/t gold and 49.27 g/t gold, whilst shallow drilling has also returned anomalous intercepts, including 3m at 2.17 g/t gold from 10m and 2m at 3.61 g/t gold from only 15m down-hole.

With Terrain off and racing at Smokebush and its rig already on site kicking up dust, the company looks set to continue to build the story at its Murchison gold find and join a list of ASX explorers kicking goals in this underexplored goldfield in WA. 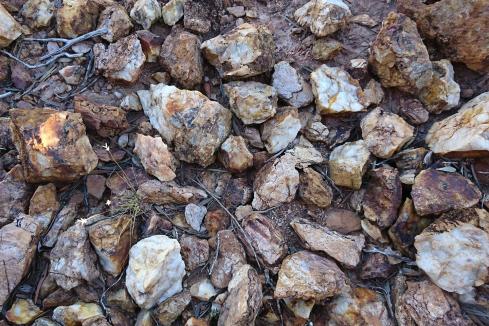