Terrain Minerals plans to undertake a 650m RC drilling campaign at a priority and potentially high impact gold target under transported soil cover at the Wild-Viper project tenement north of Leonora in WA. A successful drilling program will validate the company’s structural geological model and potentially unlock the multiple targets it has identified throughout the tenement. 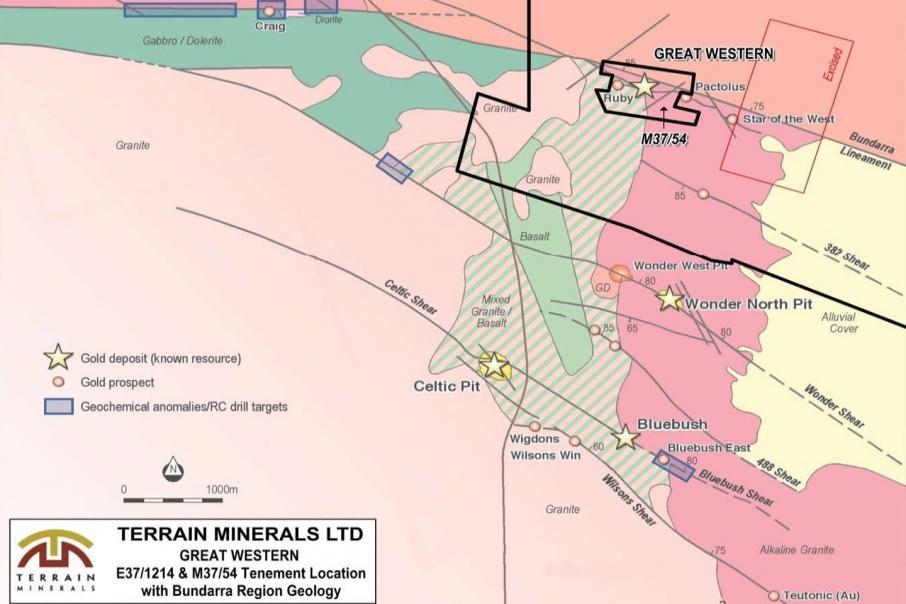 ASX listed small cap explorer Terrain Minerals has secured approval from the WA Department of Mines to drill a priority and potentially high impact gold target at the Wild-Viper project tenement north of Leonora in the WA Goldfields.

The company plans to carry out a 650m RC drilling campaign at the target, which is located north of the Great Western gold deposit under transported soil cover.

Notably, a successful drilling program will validate the company’s geological structural model and potentially unlock the multiple targets it has identified throughout the surrounding tenement.

The exploration target was identified from a structural review of the project and the drilling will test a structural trap with similar dimensions to those that host the Great Western and other deposits in the immediate area.

It has not previously been identified or tested and Terrain believes it is an excellent target for the discovery of further mineralisation.

The other targets will be assessed, sampled and mapped upon completion of the short drilling program.

The Great Western project is located about 75km north of Leonora and only 1km from the Goldfields Highway on Weebo pastoral leases and forms part of the historic Wilsons Patch mining area.

This conveniently paves the way for a conventional milling and processing route for the company’s future ore stream.

The Great Western gold project is situated on a granted mining lease and has a JORC-compliant mineral resource of 709,000 tonnes grading 2.72 grams per tonne gold for just under 63,000 ounces.