Terrain Minerals has generated a high-grade grab sample of 4.67g/t gold from its new 382-shear prospect, located just south of its flagship Great Western gold resource, near Leonora, WA. The target is interpreted over more than 2.5km of strike and the company is planning a follow-up field program of shallow trenching, geological mapping and surface sampling to delineate potential drill targets along the prospective structure. 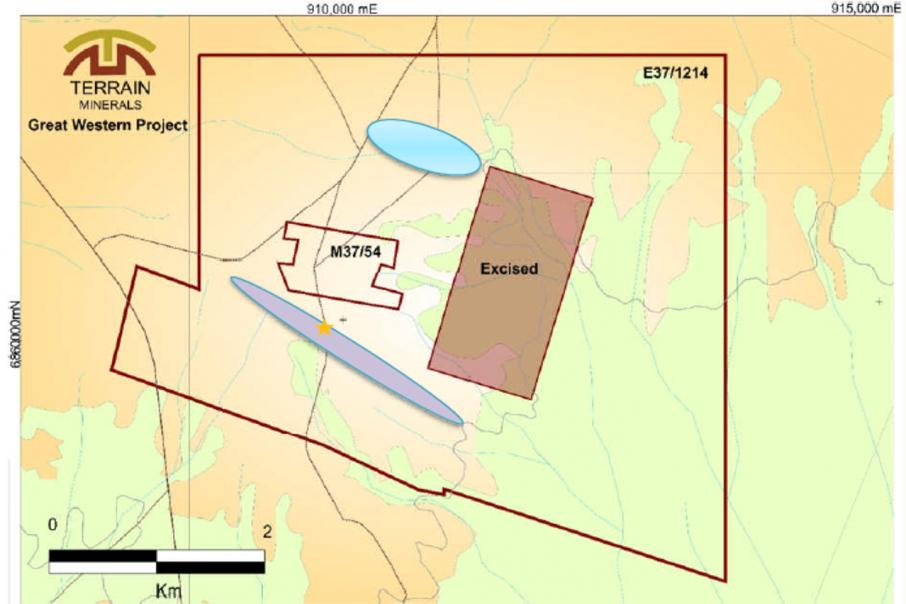 ASX-listed small-cap gold explorer Terrain Minerals has tripped over a high-grade grab sample grading 4.67g/t gold within a prospective looking shear zone at its Great Western project, near Leonora in the WA Goldfields.

The company’s “382-shear” prospect is interpreted over more than 2.5km of strike and Terrain has planned a field exploration program of shallow trenching, geological mapping and surface sampling to delineate potential drill targets along the shear.

According to the company, the structure outcrops over a short section, before disappearing below shallow cover and hence, has not been targeted historically.

The exploratory, follow-up ground work to investigate the prospect is planned during the June quarter, once all necessary approvals and work permits are issued.

Terrain’s Great Western gold project is situated on a granted mining lease containing a JORC-compliant mineral resource of 709,000 tonnes grading a solid 2.72 grams per tonne gold for just under 63,000 ounces.

All composites average above the critical threshold of 95% recovery, pointing to a conventional milling and processing route for any future ore stream from the deposit.

There are a plethora of toll treating options for Terrain to potentially consider in the Leonora region too.

To help build a critical mass of additional gold resources, the company has outlined numerous exploration targets in its Wild-viper exploration tenement, which surrounds the mining lease.

Terrain recently completed a short RC drilling campaign at the Wild-viper prospect about 1km northeast of the mining lease that intersected the target structures it was seeking in that particular area but returned no anomalous assays.

The company has already completed a detailed structural review of the project and generated several structural trap sites for gold of similar dimension to the Great Western resource, which are all considered fair game for future drilling programs.

The discovery this week of a high-grade grab assay just south of the Great Western deposit on the 382-shear seems like a pretty good location for Terrain to continue investigating the greater gold potential of its tenement holdings in this district.