Terrain Minerals have picked up the pace with start of another drill program, this time at the Gimlet gold and nickel-copper project in the Fraser Range. The Perth-based junior has been very active and successful in the field since a capital raising in the December quarter and now has Gimlet and the flagship Great Western project generating some excitement for shareholders. 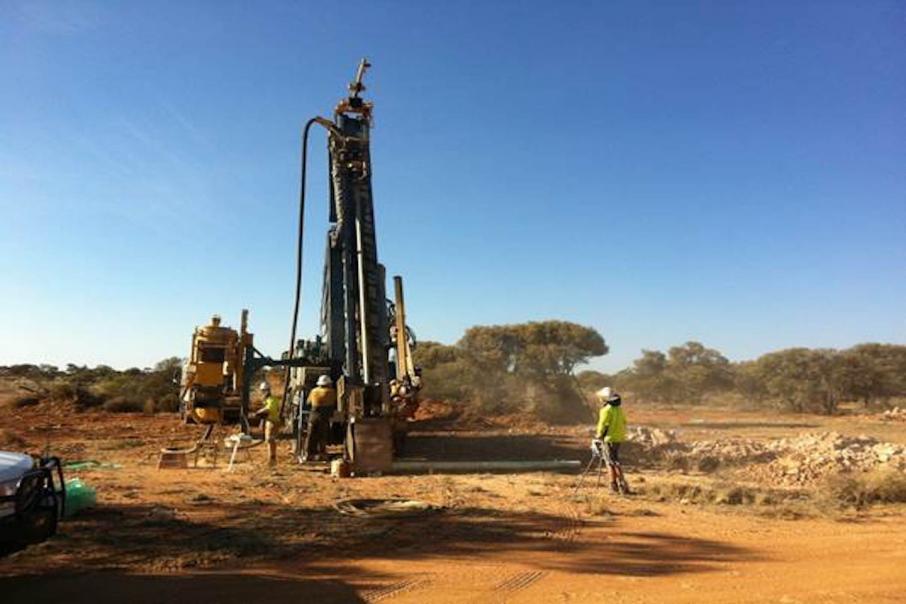 Terrain Minerals are giving shareholders plenty to look forward to with the start of another drill campaign, this time at the 100%-owned Gimlet gold and nickel-copper project about 70kms south of Norseman in WA.

The company recently announced a series of solid hits at their flagship Great Western project after discovering shallower, higher grade mineralization that will be incorporated in an updated JORC resource to be announced within weeks.

Terrain is keeping the momentum going with the start this week of an 800-metre aircore drilling program at Gimlet, situated just east of the town of Salmon Gums in the Fraser Range region.

The drilling program is focused on a gold-in-soil anomaly identified over an area of 600m x 200m from historical auger drilling by a previous operator.

While the anomaly is low level, a number of factors make it a potentially compelling drill target. A magnetic survey has identified complex buried geology, suggesting the existence of a big structure that could have carried mineralized fluids. Furthermore, three shallow aircore holes drilled just 200m west suggest the bedrock at Gimlet is under less than three metres of cover and therefore could be the source of the highly prospective magnetics.

Meanwhile, the results of the recent drilling and resource re-estimation at Great Western, about 68kms north of Leonora, are expected to hit the market before the end of the month. The new JORC numbers will provide a boost to Terrain’s scoping study, which is also keenly anticipated by the market.