Terrain Minerals has lit a fire under its Smokebush gold project revealing a swag of high-grade gold hits, with first-pass drilling at the Monza prospect producing a number of impressive intercepts including 4m at 4.46 g/t gold with 1m at 10.3 g/t gold from only 51m down-hole. 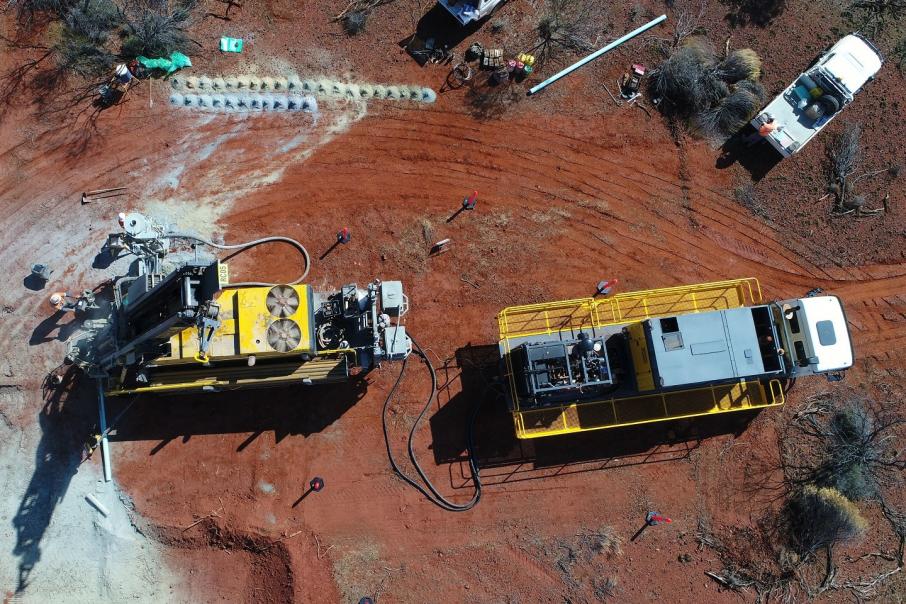 Terrain Minerals has lit a fire under its Smokebush gold project revealing a swag of high-grade gold hits. First-pass drilling of the Monza prospect has returned a number of impressive intercepts including 4m at 4.46 g/t gold with 1m at 10.3 g/t gold from only 51m down-hole.

The results follow in the wake of a series of outstanding rock chips across the prospect, grading up to 100 g/t gold, that have extended the footprint of the Monza target out to over 600m of strike.

The Monza prospect forms part of Terrain’s Smokebush gold project in the resurgent Murchison goldfield of Western Australia. The project is located 65km west of the historical gold mining centre at Paynes Find and around 350km north-east of Perth.

Smokebush covers 1,700 hectares of auriferous stratigraphy, including numerous old mining shafts and diggings, some of which date back to the early 20th century. Terrain acquired the project in December 2019 and has been undertaking a systematic program of exploration across its ground holding. This work has identified six priority prospects and the presence of high-grade gold, which has seen Monza fast-tracked to the top of the target list and is the first of these prospects to feel the drill bit.

The recent reverse circulation, or “RC” drilling program at Monza comprised eleven drill holes on six separate, 50m spaced sections. The drilling has tested around 200m strike of the prospect, with anomalous gold intercepts being returned in each of the sections. Tantalisingly, there remains a significant number of samples yet to be reported by the lab.

Whilst the recent drilling has hit the mineralisation in the near-surface environment, the gold-bearing shear is interpreted to extend from surface to more than 100 metres depth and remains open along strike and down dip. The indications suggest there is considerable potential for the prospect to develop further as exploration continues.

Terrain’s Smokebush project, and Monza discovery, are located in one of WA’s resurgent goldfields. The Murchison region was a prolific producer of gold in the 1980s and 90s when the commencement of large-scale open-pit mining and processing resulted in a wave of development across the extensive mineral field. The Smokebush project sits on the Yalgoo greenstone belt, which produced a rush of discoveries at that time including the Golden Grove and Minjar deposits 40km to the north and the Mt Gibson gold mine only 65km to the south of Smokebush.

In recent years, an innovative group of gold miners has broken ranks with the Eastern Goldfield’s operators and moved back into the Murchison, with the likes of Silver Lake Resources, Ramelius, Westgold and Minjar successfully operating a wealth of mines across the terrane including the Mt Magnet and Meekatharra mining centres.

As a result of the success of these miners the region boasts a number of operating or mothballed gold mills that may present a rapid path to production as Terrain’s discovery starts to take shape. These include the Silver Lakes Deflector mill, Minjar’s Golden Dragon and privateers, Adaman Resource’s, 3Mta plant at Kirkalocka – all within 100km and easy trucking distance of the Monza prospect.

With the recent exploration boom, which many have credited to West Australia’s walled off economy, a growing number of explorers have also joined the hunt in the region. White Cliff Minerals recently acquired the extensions to the Reedy’s gold mine, Emu is just up the road at Gnows Nest and Firefly has also leapt into the fray enjoying considerable success at Melville.

However, perhaps most importantly, the Smokebush project surrounds Tungsten Mining’s Mt Mulgine tungsten-gold project. Mt Mulgine is a true giant, weighing in at 247 million tonnes grading 0.11 per cent tungsten oxide, 0.13 g/t gold and 6 g/t silver. Tungsten Mining is currently putting the finishing touches on its maiden pre-feasibility study for the project, which is now scheduled for delivery before the close of 2020.

The development of Mt Mulgine would deliver significant upside to Terrain’s exploration program at Smokebush. Tungsten has already begun upgrading the infrastructure across the region and will be is looking to build a processing plant within 5km of Monza discovery.

With exploration undergoing a renaissance across WA’s world-class goldfields and mineral terranes, Terrain is well placed with its strategic holding at Smokebush. The Murchison is increasingly coming back into vogue and as a rash of new explorers joining the search for gold, the spotlight may shift onto this relatively forgotten gold producing region.

Terrain still has more than 500 samples from the Monza program in the lab and with recent work extending the footprint of prospect along strike, the company is likely to have a lot more to crow about in the coming months.  With the next stage of drilling already designed and this new discovery continuing to take shape, things seem to be gradually falling into place for this junior gold explorer in the auriferous Murchison province.