Terrain gets smoke at Smokebush

Terrain Minerals has recently completed a first pass program of exploration over its Smokebush project in the South Murchison mineral field of Western Australia. Initial reconnaissance and sampling over three priority targets returned impressive assays in excess of 17 grams per tonne gold. A site visit has also thrown up more targets for follow up drill testing by the Perth-based, ASX-listed company. 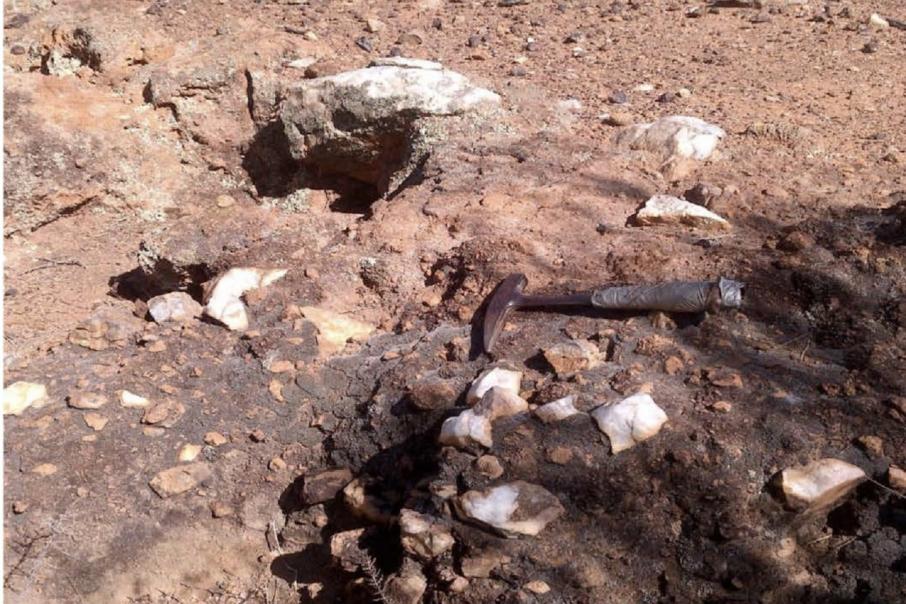 The Smokebush project is located 65 km west of Paynes Find in the South Murchison Mineral Field of Western Australia. The project is comprised of four contiguous prospecting licenses and one exploration license, covering an area of more than 1,000 hectares.

Rock chips from Target 13 yielded a number of high-grade gold results including 11.1 grams per tonne and 17.2 grams per tonne gold.  Both samples also recorded anomalous levels of lead mineralisation.

Gold and base metal mineralisation at Smokebush appears to be associated with quartz veining and stockworks, according to the company.

Terrain management said: “The Board of Terrain is very excited about the findings from the (recent) field trip and the potential of the planned drilling campaign’.

Terrain’s latest program is a follow up on work undertaken by earlier explorers which included a high-grade drill intercept of 2 metres @ 11.3 grams per tonne gold at Monza.

Terrain is currently putting together a drilling proposal to test the key targets at Smokebush. Historical soil sampling and the present surface sampling program have highlighted a broad gold anomaly at Monza, Wildflower and Target 13 that all require systematic drill testing.

High grade rock chips at any project going over 10 grams per tonne at surface are curious and beg the question – what is the source and where is it coming from?

No doubt Terrain will seek to answer these questions at Smokebush with the truth diviner as its drilling program kicks into gear – and who knows, maybe where there’s smoke there’s fire …..