Terrain Minerals may have just transformed their Great Western gold project near Leonora into something much more serious after the company reported a number of near surface, excellent gold hits during their latest drilling campaign. Best results include 3m @ 26.6 g/t gold from just 8m down hole, 2m @ 24.4 g/t, 5m @ 6.98 g/t and 2m @ 12.1 g/t gold. 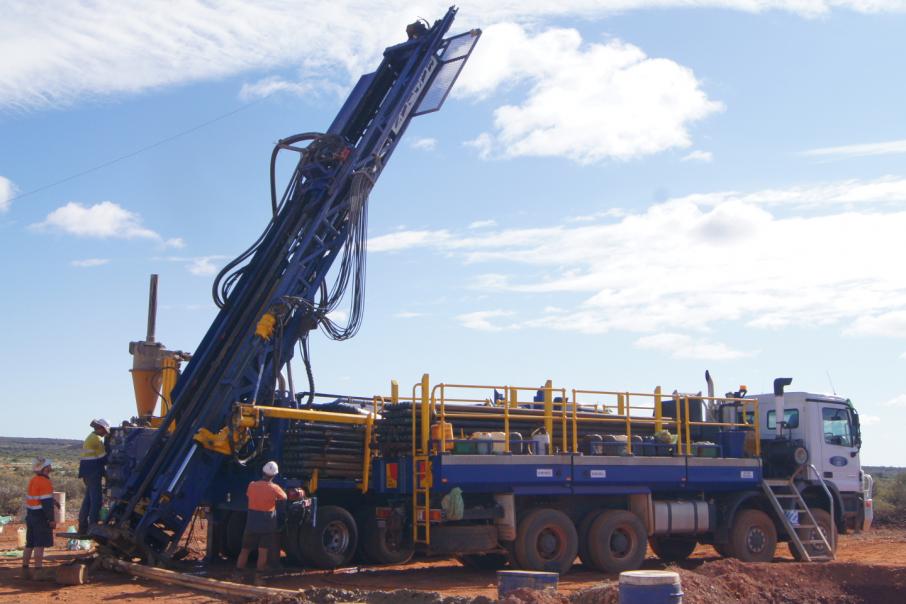 Terrain Minerals may have just transformed their Great Western gold project into something much more serious after the company reported a number of near surface, excellent gold hits during their latest drilling campaign.

The project, which is exquisitely located just 1km off the main highway about 68km’s north of Leonora, already has a Jorc resource of 322,500 tonnes grading a respectable 5.14 grams per tonne gold.

The best number from the latest round of drilling is a 3m intersection grading a very impressive 26.6 grams per tonne gold from just 8 metres below surface.

Terrain also reported other solid numbers that are very near surface which may have the potential to significantly enhance the cashflow modelling for the project if the company can get into pay dirt earlier.

According to the company the near surface nature of the latest round of results could impact positively on the amount of start up capital required to get the project into production.

The latest set of results are part of a 1308m RC drilling program involving 18 individual drill holes designed to better defining the known mineralisation within the pit shells as modelled by CSA Global as part of the ongoing scoping study and design.

Terrain also set out to better understand the near surface mineralization at the project and this work is ongoing.

Stage one of the drilling program is aiming to infill gaps in the eastern end of the pit to upgrade 42% of the resource from inferred to indicated status which will allow it to be used in the pre-feasibility modelling.

The market is now anticipating a new block model being produced and included in the ongoing Scoping Study.

If the resource modelling stacks up, the logistics should be a piece of cake given that the project is just 1km off the main road between the two revered mining centres of Leonora and Leinster in the Goldfields region.