Perth has captured international attention for a social media marketing campaign to highlight the launch of The Terrace Hotel and Restaurant last November. 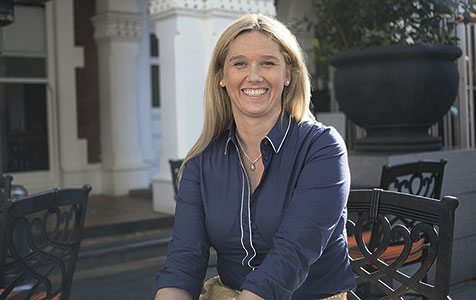 SOLID PLAN: Meg Coffey was one of the driving forces behind a social media campaign raising the profile of The Terrace Hotel and Restaurant last year. Photo: Attila Csaszar

Perth has captured international attention for a social media marketing campaign to highlight the launch of The Terrace Hotel and Restaurant last November.

Hotels Magazine has named The Terrace a joint winner of its award for Best Integrated Digital Campaign, alongside the Intercontinental New York Barclay hotel in Manhattan.

The campaign involved 17 special guests, including social media experts John Cooke and Adam Barrell (the man behind the Tweet Perth account) staying in the hotel on opening night and playing a real time game of Cluedo.

The campaign was the brainchild of The Terrace’s then marketing manager Meg Coffey, who has now used her social media expertise to form her own social media marketing company, Coffey & Tea.

Ms Coffey said while The Terrace had used Twitter to update future customers on progress of the hotel’s refurbishment, the official launch opened the door for something more inventive.

“We wanted to create more than just a dinner party; we needed something that would keep the public interested in following along on the evening,” she said.

Ms Coffey said Messrs Cooke and Barrell were invited to take part, as were other high-profile guests, to give the campaign instant credibility.

She said while the reach of the campaign had proved the power of social media from a marketing standpoint, many Perth businesses were failing to respond to the opportunities the technology presented.

“People are still afraid of it, they don’t understand it,” Ms Coffey told Business News.

“People don’t understand it, but they need to because it can make your business and it can also break your business.

“Businesses realise that there are conversations happening about them and they can either ignore them or they can take part in them; if you’re not involved (in the conversation) then you’re missing out.”

But she said part of the problem was that people weren’t sure how to respond on Twitter, which was the point where specific expertise was needed.

“There’s a science to it just like there is to public relations or other forms of marketing,” Ms Coffey said.

“There are rights ways and wrong ways to go about it and that’s when you need people to come in to help.

“If you are going to do it then you have to commit to it, and if you can’t handle both Twitter and Facebook then just pick one; the worst thing to do is start it and then stop it.”