Terrace Hotel set to close down

The Terrace Hotel, which restored the heritage St Georges House in 2012, is set to shut its door from tomorrow afternoon, Business News understands. 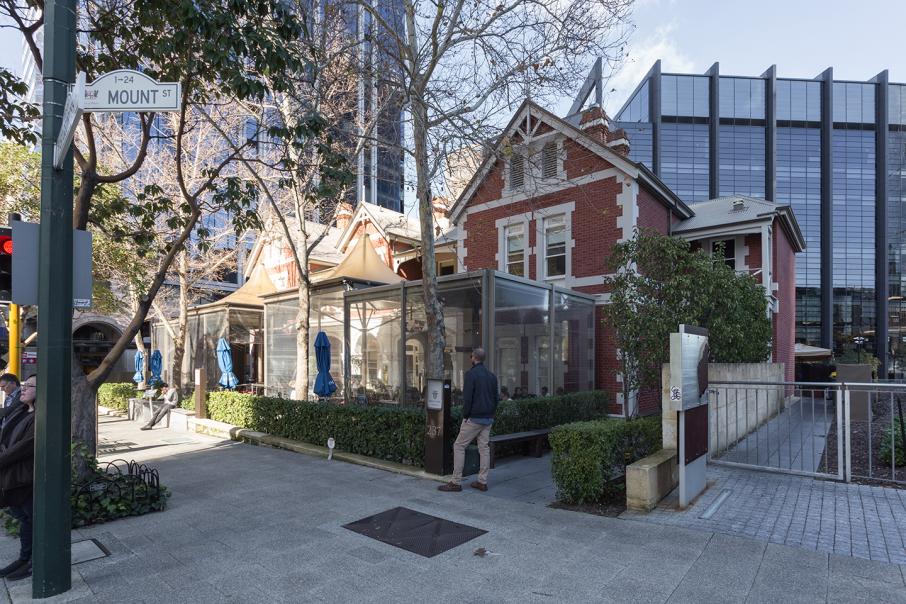 The hotel is set to shut its doors from tomorrow afternoon. Photo: Gabriel Oliveira

The Terrace Hotel, which restored the heritage St George's House in 2012, is set to shut its doors from tomorrow afternoon, Business News understands.

Located at 237 St Georges Terrace, opposite QV1, The Terrace has 15 rooms and employs about 50 people.

The news comes after new bar Tiny’s opened at QV1 in May, while The Melbourne Hotel, located on the corner of Hay and Milligan streets, recently underwent a $40 million makeover.

A recent report by CWT Solutions Group and Centre for Aviation’s (CAPA) revealed a 2.1 per cent decline in the hotel occupancy rate in Perth to 76.5 per cent from last year.

This translated into a $10 reduction in the average daily hotel rate to $196.

Business News has contacted the business.

The building has been significantly adapted since its construction, notably in 1912 when a two-storey veranda was added on all sides.

In 1961, the building was converted from a boarding house to offices in response to high rental values in Perth’s CBD.

In 1986, St George’s House was marked for destruction due to its dilapidated condition until property developer Lord Alistair McAlpine saved it and undertook a massive restoration.

Architects Oldham Boas Ednie-Brown removed years of additions and reduced the number of rooms from 60 to 30.

Hawaiian Property Investments used the building as its offices between 2000 and 2002 and it had stood empty until early 2011 when renovations for The Terrace Hotel began.