Solutions to prevent a potential looming shortage of critical minerals can be found in Rio Tinto’s increasingly high tech operations, particularly in the Pilbara, according to corporate relations vice-president Brad Haynes. 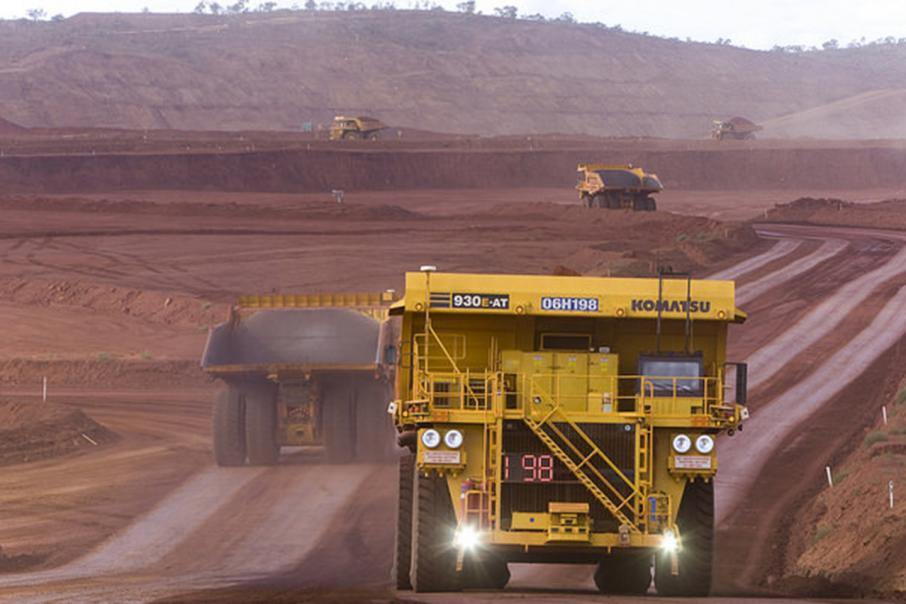 Autonomous trucks are an example of how technology will lower costs in mining.

Solutions to prevent a potential looming shortage of critical minerals can be found in Rio Tinto’s increasingly high tech operations, particularly in the Pilbara, according to corporate relations vice-president Brad Haynes.

Critical materials are commodities used in technology applications and subject to supply risks, such as neodymium, dysprosium and terbium.

Other elements such as nickel and lithium, both of which are used in batteries, are considered critical, although they have a lower supply risk than some other critical materials.

One example of Rio’s work was in Canada, where it was collaborating with Apple and Alcoa to develop technology to produce aluminium without carbon emissions.

Here in Western Australia, Mr Haynes said the Koodaideri iron ore mine would show how new technology could bring down the cost of production for commodities.

Using big data and artificial intelligence, the company would create a digital twin of the mine, which would be constantly updated with live data.

That would be used to run simulations of the operation through different conditions and optimise performance, he said.

Mr Haynes said it would be the company’s first intelligent mine.

These concepts would need to be applied to new projects to supply critical minerals, he said.

“Efficiency will be critical for creating the better economics around these often more marginal products, in turn boosting potential supplies,” Mr Haynes said.

Rio Tinto was also working with the US government’s Critical Minerals Institute to develop methods to make use of critical minerals found in smaller quantities at existing mining operations.

US National Minerals Information Center director Steven Fortier said it would be in the strategic interest for the US to source critical materials such as rare earths from Australia.

“Vulnerability is really a function of the material concerned, the source from which it is supplied, and the option one has for alternative supply.”

He said Australian production would be a source of strategic strength for the US.

A series of presidential determinations made in July could be of benefit to Australia, Mr Fortier said.

The moves used powers in an old defence production act to develop production capacity for those materials, which might include making commitments to purchase from US suppliers.

“There's precedent for the use (of this act),” Mr Fortier said.

“Mining and processing of beryllium, and production of beryllium metal and master alloys in the US is a direct result of such investments.”

Rare earth metals used in magnets, and tungsten were both on the list in the memorandum.

Mr Fortier said these provisions could be used by the US government to buy commodities from sources such as Australia or Canada.

Australia has one major source of rare earths, mined by Lynas Corporation at Mt Weld, while another project under development is Northern Minerals’ Browns Range mine.