Voter sentiment has turned against the Abbott government because of its inability to make tough decisions. 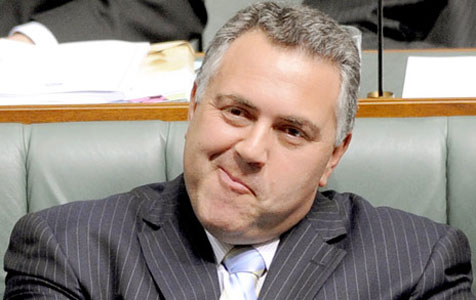 UNDER PRESSURE: Joe Hockey has had a dismal first year as treasurer.

Voter sentiment has turned against the Abbott government because of its inability to make tough decisions.

The government’s pre-Christmas ministerial reshuffle has provided the floundering coalition with a second bite of the cherry.

What’s so astounding, however, considering Tony Abbott has been prime minister for less than 18 months, is that a second bite was needed so soon.

The coalition gained power in September 2013 with 53.5 per cent of the two-party preferred vote to Labor’s 46.5 per cent.

Morgan polling, released just before the reshuffle, showed Labor had surged to a whopping 57.5 per cent to the coalition’s 42.5 per cent (four points below losing Labor’s September 2013 level).

Who or what was responsible for this huge slump, the snatching of defeat from the jaws of victory?

First and foremost was the May federal budget, which got off to a deplorable start when the government’s two moneymen – Treasurer Joe Hockey and Finance Minister Matthias Cormann – were caught on tape puffing celebratory cigars after the document went to the printers.

More important was the fact that the spending cuts to welfare, health and education programs – all big-ticket items – were quite mild.

Their timid approach to reversing Labor’s spendthrift seven years meant civic-minded voters baulked not at fear of losing out on taxpayer largesse, but rather because the time for real spending cutbacks had come – but weren’t delivered.

So a polling slide set in and steadily deepened as the coalition faced a Senate controlled by big-spending Labor and Greens wastrels, plus several independents, (especially those within the hurriedly cobbled together Palmer United Party) who refused to countenance the need for reversing ever upward spending and taxing.

Tragically, however, they were between the super-spenders (Labor, Greens, and some independents) and the very cautious cutters led by Messrs Abbott and Hockey, and Senator Cormann.

That was the coalition’s fatal and determining error.

The battlelines should instead have been between super-spenders (Labor, Greens, and some of the independents) and deep coalition cuts to public outlays implemented to scrub-out Labor’s debt.

What was required was for the budget to be ‘in for a pound’ not ‘for a penny’ since Australia’s future, rather than fear of not being re-elected, is at stake.

But real spending cuts was precisely what the Abbott-Hockey-Cormann budget didn’t offer.

Were long-time coalition voters expecting too much?

“The Abbott government is targeting a 0.7 percentage point reduction in spending by 2017-18.”

Should we therefore have expected such dismal curbs on spending in the Abbott government’s first budget?

It seems so, since early, little-noticed signs suggested the Abbott-Hockey-Cormann trio always intended opting for an ‘in for a penny’ approach.

Mr Abbott had said shortly before that election: “By the end of a coalition government’s first term, the budget will be on track to a believable surplus.”

Those words prompted Mr Berg to stress that “on track” to surplus wasn’t being in surplus.

“As recently as January 2013, Joe Hockey was promising a budget surplus in the first year of government,” Mr Berg remarked.

“By April, the promise had been downgraded into a surplus in the first term.”

And Mr Abbott revisited this question with these words: “Within a decade [so 2023], the budget surplus will be 1 per cent of GDP.”

So as Mr Berg points out, the coalition is only willing to guarantee a budget surplus by 2023.

By 2023, Messrs Abbot and Hockey, and Senator Cormann will be drawing parliamentary pensions, with our grandchildren more deeply in hock.

“Abbott fudged it a few days later by saying ‘the government is proposing to bring us back to surplus in 2016-17 and we will do at least as well as the [Rudd-Gillard] Government[s]’,” Mr Berg concluded.

So those backtracking escape clauses were strategically stated during 2013, when it was evident Rudd-Gillard Labor was on the way out.

And while it was clear most Australians wanted the national finances returned to the black, the Abbott government chose to go ‘in for a penny’ but not ‘for a pound’.

Equally revealing was the fact that the government has not scrapped free air travel entitlements for senior ex-politicians who left parliament decades ago, meaning they continue to receive such top-up freebees plus parliamentary pensions.

If you’re about to tell voters it’s time to tighten their belts, it’s smart to begin slashing from the top, not the bottom, which is precisely what the timid trio refused to do.