Taruga Minerals has upped the ante at its Mt Craig project in South Australia after it identified a 34-kilometre-long copper bearing structure at the project. The ASX-listed junior explorer has identified five priority targets along the extensive Worumba Anticline with surface sampling adjacent to historic mine workings returning grades of up to 12 per cent copper. 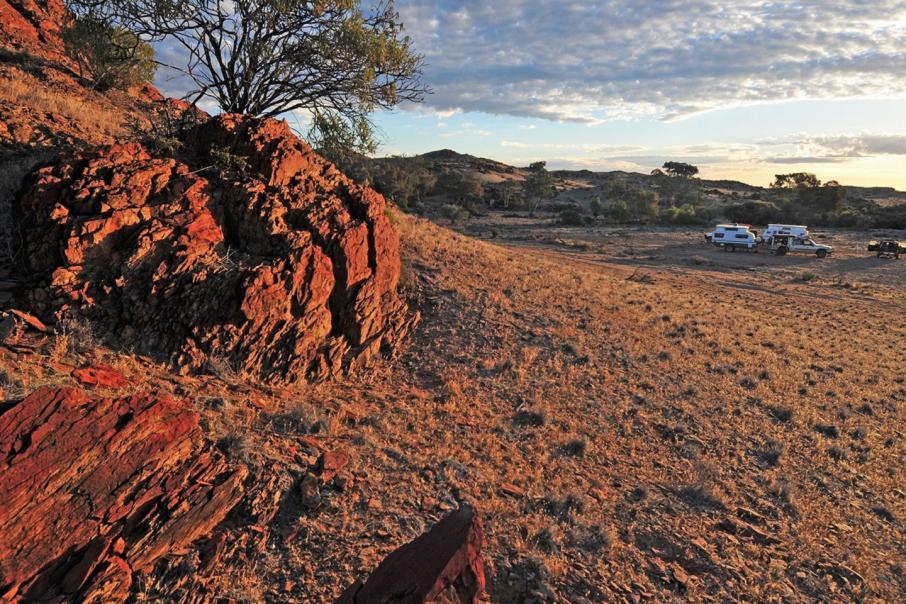 Taruga Minerals has upped the ante at its Mt Craig project in South Australia after it identified a 34-kilometre-long copper bearing structure at the project. The ASX-listed junior explorer has identified five priority targets along the extensive Worumba Anticline with surface sampling adjacent to historical mine workings returning grades of up to 12 per cent copper.

The company has now completed a detailed review of the historical exploration data and first-pass exploration across the extensive ground holdings at Mt Craig, which lies to the east of Taruga’s flagship Flinders project. Modelling of the geophysical dataset has also assisted in zeroing in on the brace of new targets, which include the Wyacca, Birthday Ridge, Napoleon and Hawk targets.

Taruga Minerals Chief Executive Officer, Thomas Line said:“The Mt Craig Copper Project is astounding. It contains a continuously mineralised strike of over 34km associated with a major structure and has barely been drilled, but heavily mined artisanally. There are between 30 and 50 concentrated historical high grade artisanal copper mines and more than 60 copper occurrences.”

“Taruga’s technical team was successful in creating a robust geological database from poorly geo-referenced maps of historical exploration. which was extremely detailed. The application of modern techniques such as reprocessing and 3D inversion modelling of the geophysics together with the first-time compilation of all historical data has further highlighted the potential for the MCCP to host substantial polymetallic mineralisation.”

“Historical drilling was shallow, often drilled off-structure and away from historical workings and mostly ended in mineralisation without intersecting the modelled gravity and magnetic anomalies identified from recent 3D inversion modelling.”

The Mt Craig copper project is located approximately 370km north of Adelaide in South Australia. The project covers more than 400 square kilometres of the copper-rich Adelaide Geosyncline, which hosts a treasure trove of base metals mineralisation and has a rich mining history that dates back more than a century.

Historical mining across the Adelaide Geosyncline has been undertaken on both an artisanal and commercial scale, with the 34.5Mt Kanmantoo copper mine and the Burra copper mine, south of Taruga’s project areas, being the most significant producers. Burra has been a producer of high-grade copper ores since the mid-1800s and has produced ores grading up to 27 per cent copper. The high-grade operation has given up more than 75,000 tonnes of copper to date, which at the current copper price of more than A$10,000 tonne equates to more than three-quarters of a billion dollars of the red metal.

Taruga’s Mt Craig project on the northern extension to the Adelaide Geosyncline and hosts more than 60 recognised copper occurrences, of which more than half have been the subject of some form of mining including artisanal workings, small open pits and underground operations. The company says that Mt Craig has yet to be tested utilising modern, systematic exploration with much of the previous work, including shallow drilling now starting to look as though it has been poorly targeted.

The base metal mineralisation at Mt Craig is interpreted to be associated with the Worumba Anticline, which is a deep-seated and complex fold structure that has broken up the sedimentary stratigraphy, creating a mass of structural traps for copper, zinc, silver and gold mineralisation. The company’s modelling of the historic exploration and geophysical datasets has highlighted five key targets along the Worumba Anticline that extends over more than 30km from Morgan Creek in the south through to the Hawk prospect in the north.

The Morgan Creek and Mt Craig prospects are located in the south of the tenure, with historical mine workings extending over more than 10km of strike. The prospects also host an extensive, coincident copper-zinc-silver geochemical anomaly which has yet to be drill tested, representing an enticing target for future exploration.

Further north, the Napoleon prospect is defined by a broad 3km by 1km copper anomaly which overlies the Worumba structure. The company has identified at least twelve sets of old workings across the prospect area with historical trenching and shallow drilling returning high-grade copper. Results from trenching include 1.5m at 4.8 per cent copper, 0.6m at 5.1 per cent copper and 0.6m at 6.4 per cent copper.

The Birthday Ridge target is located around 4km along strike from the Napoleon prospect and has returned some of the highest-grade results from the project area. The target is outlined via a massive 3.5km by 2km long geochemical anomaly which is coincident to magnetic and gravity geophysical anomalies that may represent a buried intrusive body at depth Trenching adjacent to small scale mine workings through the area has returned a number of eye-catching results, including 0.3m at an impressive 12 per cent copper and 1.2m at 5.8 per cent copper.

The company’s interpretation of the sparse drilling at Birthday Gift appears to show that the previous exploration was poorly targeted. However, a series of shallow drill holes have still offered up a swag of encouraging intercepts including 4.9m at 4.9 per cent copper from only 4.5m depth and 17.7m at 0.73 per cent copper from 9.1m down-hole – a healthy starting point for a future drilling program.

Interestingly, the Wyacca mine in the northern tenement area is arguably one of the most interesting of Taruga’s targets at Mt Craig. The Wyacca mine was the first discovery in the region and commenced production back in 1863. Ores from the mine graded up to 40 per cent copper, with the incomplete mine records showing production of over 300 tonnes at an average grade of 3 per cent copper.

Modern exploration at Wyacca has included systematic soil sampling, trenching and wide-spaced drilling, with Taruga’s reconnaissance showing copper anomalies associated with the mine workings across the target area. Trenching has returned high-grade copper including 2.7m at 3.1 per cent copper and 0.9m at 3.6 per cent copper, whilst drilling has intersected broad zones of copper mineralisation including 57.9m at 0.27 per cent copper from 33.5m down-hole.

The distribution of copper at Wyacca is indicative of a large copper system, with drilling seemingly having only partially tested the lower grade portions of the mineralised envelope. The prospect is now shaping up as one of Taruga’s stand-out targets for future drill testing at Mt Craig.

Last, but not least, the Hawk prospect is located in the north-east of the tenure. Curiously, the discovery is defined by a 1,000m long gold-copper anomaly which is underlain by an unexplained magnetic target. Soil sampling across the prospect has returned values of up to 1,000ppb gold, or 1 g/t, with all three drill holes into the target returning anomalous grades of copper and gold, including 10m at 0.2 g/t gold from only 20m down-hole.

With an abundance of copper, silver and gold drill-ready targets at Mt Craig, Taruga looks set to open up the batting in 2021 on a second front in South Australia. The company has also slated a return to drilling at the nearby Flinders project early in the new year and with multiple targets now also on the books at Mt Craig, Taruga has a full dance card ready to be rolled out as it ploughs head-long in 2021.