Exploration company, Tambourah Metals is getting set to pump out the drill metres at its namesake gold project and its Cheela gold project in the Pilbara region after securing relevant ‘programme of work’ approvals from the WA Government. Historical drilling at the company’s Tambourah project returned multiple high-grade intercepts including a sublime 10 metres at 10.8 grams per tonne gold and an impressive 8m at 13.6 g/t gold. 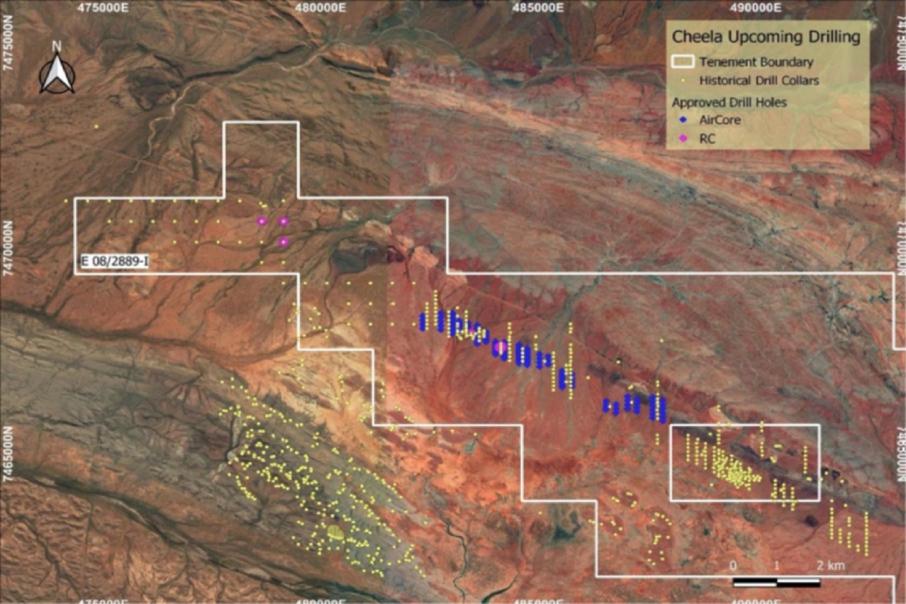 Exploration company, Tambourah Metals is getting set to pump out the drill metres at its namesake gold project and its Cheela gold project in the Pilbara region after securing relevant ‘programme of work’ approvals from the West Australian Government. Historical drilling at the company’s Tambourah project returned multiple high-grade intercepts including a sublime 10 metres grading 10.8 grams per tonne gold and an impressive 8m at 13.6 g/t gold.

The company recently listed on the ASX on the back of a strongly supported initial public offering that saw the explorer pocket $8m for exploration works across its WA tenement portfolio.

A total of 63 RC holes across two stages are now planned at the company’s 100 per cent owned Tambourah tenure to follow-up on high-grade historical workings and past drilling at the project. The first stage of the proposed drilling is set to take in 30 holes early in the new year.

Historical mining at the turn of the 20th century produced more than 5,000 ounces of gold at a whopping 30.0 grams per tonne from several locations at the project.

Curiously, sampling by the company between historical mine workings along a four-kilometre strike at the property delivered 6.275 g/t gold and an eye-catching 33.364 g/t gold.

Meanwhile, Tambourah also plans to sink 27 RC holes and up to 130 air core holes at its underexplored Cheela gold project further to the south-west in the Pilbara.

The wholly owned Cheela takes in around 38,000 hectares and lies along the major structural corridor of the Nanjilgardy Fault.

Interestingly, the Paulsen’s gold mine operated by mining heavyweight, Northern Star and the 1.6-million-ounce Mt Olympus gold deposit are both nearby along the same geological structure.

The proposed drilling campaign at Cheela aims to follow-up the historical intercepts that also include 13m at 5.0 g/t gold and 11m at 4.17 g/t gold.

Incredibly, Chalice’s share price has soared from less than $0.20 prior to discovery to a high of more than $10 after it recently released a maiden 330 million tonne resource for Gonneville grading 0.58 per cent nickel equivalent and 1.6 g/t palladium equivalent.

That program sought to identify ultramafic rocks prospective for nickel, copper and platinum mineralisation and management says results from the survey are due in the coming weeks.

The company is now planning to conduct a ground-based electromagnetic survey to pinpoint drill targets at Bulgar East and Tolarno early in the new year. A subsequent drilling campaign is planned for the first quarter of next year.

Tambourah appears set for an abundance of news flow in the coming months as its exploration efforts in Western Australia continue to gather steam. Pundits will likely be taking note as the Perth-based explorer unleashes the rig for a high-grade gold hunt across two compelling projects in the Pilbara.

Many newly minted ASX listed hopefuls are looking to find either grade or length to expand on historical drill numbers that lacked one or the other or even both. This is not however an issue for Tambourah who has both grade and length in its historical drill numbers – it just needs to prove it can find more of the same and it will be off to the races for Tambourah followers.