Blackstone Minerals continues to return high-grade nickel intercepts from its Ta Khoa project in north Vietnam. The company is drilling out a nest of new sulphide discoveries across the nickel-copper-rich terrane, with exploration at the new Taipan Zone intersecting an impressive 20.4 metres at 1.35 per cent nickel and 0.8 per cent copper from only 27m down-hole. 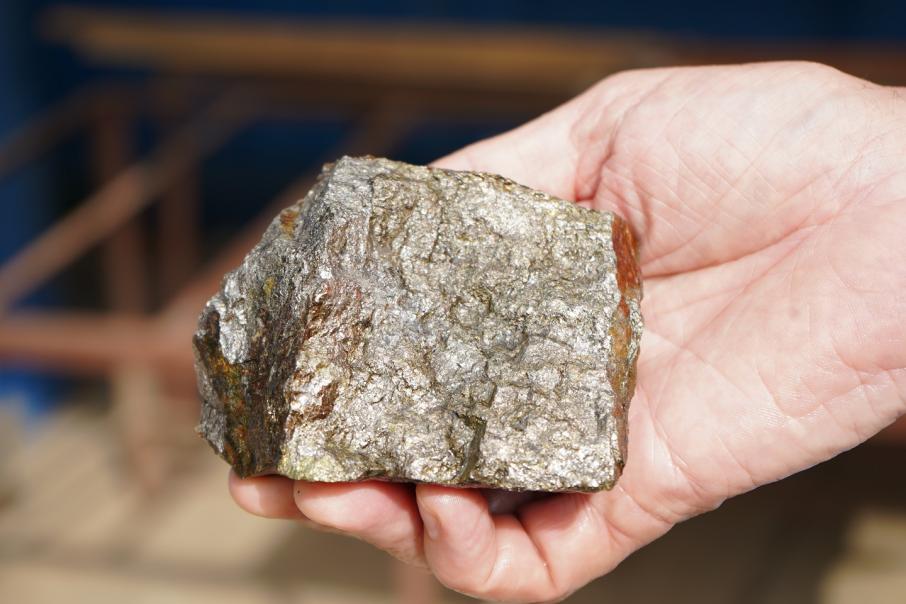 Blackstone Minerals continues to return high-grade nickel intercepts from its Ta Khoa project in north Vietnam. The company is drilling out a nest of new sulphide discoveries across the nickel-copper-rich terrane, with exploration at the new Taipan Zone intersecting an impressive 20.4 metres at 1.35 per cent nickel and 0.8 per cent copper from only 27m down-hole.

Blackstone is currently drilling out a wealth of high-grade nickel sulphides across its project area as it eyes a rapid move to production utilising its mothballed sulphide mill at Ban Phuc.

Other targets coming to the fore with the ongoing drilling program include the Ta Cuong, Ban Khoa and Co Muong prospects, all within 5 kilometres of the Ban Phuc plant.

Blackstone Minerals Managing Director, Scott Williamson said:“Ban Chang, King Snake and Ta Cuong are targeted for inclusion in the Upstream Business Unit PFS, which will incorporate restarting the existing 450ktpa concentrator on higher grade MSV feed. This will enable significant capital expenditure to be deferred for the 4-6Mtpa concentrator designed to treat our larger bulk disseminated orebodies such as Ban Phuc.’

“We will continue to test additional MSV targets throughout the Ta Khoa district to build an inventory of high-grade feedstock for our downstream refinery business.”

Ta Khoa is about 160km west of Hanoi. Blackstone has a strategic position over one of Asia’s richest nickel terranes that includes more than 15km of strike. Management says it has now identified at least 25 separate nickel occurrences, with the company’s fleet of rigs engaged in systematic testing.

Blackstone’s work program through 2020 concentrated on drilling out the substantial Ban Phuc DSS orebody, adjacent to the Ban Phuc mill and delivery of its maiden pre-feasibility study.

The PFS examined a larger mining complex at Ta Khoa, targeting a 4-to-6 million tonne per annum operation, with feed being primarily sourced from the 44.3 million tonne DSS deposit at Ban Phuc, which grades at 0.52 per cent nickel. The proposed operation could potentially deliver more than 105,000 tonnes of nickel into the company’s inventory over an 8.5-year mine life, with the PFS showing a net present value in excess of $1 billion and estimating pre-tax cash-flows of $220 million per annum.

Blackstone’s study also proposed a dual-product stream with nickel concentrate from the operation sold into the burgeoning nickel market and also used in a downstream processing plant, to be built by Blackstone at the nearby Mai Son industrial park. This plant would produce a nickel-cobalt-manganese precursor product to be supplied to battery manufacturers for use in the EV market, adding further value to the operation.

The shuttered mill at Ban Phuc is seen as an opportunity.

A modern 450,000tonne per annum sulphide mill originally commissioned in 2013, it was used to process ore from the adjacent Ban Phuc MSV deposit prior to the operation being mothballed in 2017 due to a fall in the nickel price. That saw the specialty metal trading below US$9,000 a tonne on the London Metals Exchange.

However, over the past year both the nickel and copper prices have been on a tear.

Nickel is currently trading above US$17,500 a tonne while copper continues to skyrocket into uncharted territory, trading at an astonishing US$10,500 as demand for the red metal soars and supply struggles to keep up.

Whilst Blackstone continues to eye a larger-scale development at Ta Khoa, booming metal prices and the temptation of the assets at hand is proving a powerful driver for the company’s development program. And with drilling continuing to turn up high-grade sulphides, the aspiring nickel-copper developer looks to be heading down the right path.