Perth-based TNG Ltd has signed strategic agreements with contracting giants Clough and McMahon, bringing the exotic metals company a step closer to catapulting its Mount Peake vanadium-titanium-iron mine in the Northern Territory into production. The project is expected to spit out a staggering AU$738m a year in free cash and produce an extraordinary pre-tax NPV of AU$4.7b. TNG currently has 804m shares on issue. 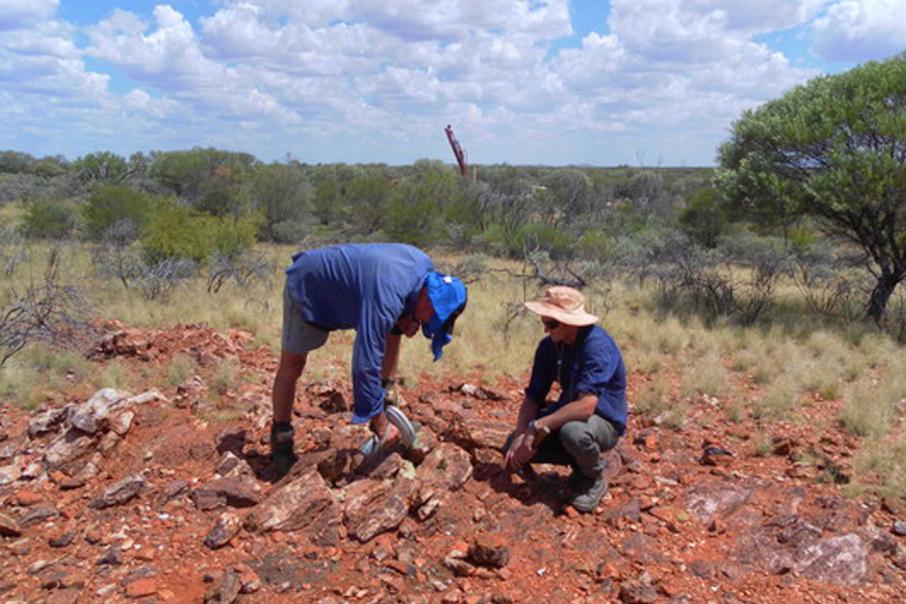 Exotic metals company TNG Ltd has signed a strategic agreement with contracting giants Clough and McMahon, who will provide technical assistance to help TNG catapult its Mount Peake project into production, potentially making it Australia’s first vanadium-titanium-iron producing mine since 2014.

Four years ago a major fire at Atlantic’s Windimurra project in Western Australia suspended production from what was then Australia’s only operating vanadium mine. The timing of the blaze was devastating for Atlantic, coming a year before Russian billionaire and Pala Investments founder, Vladimir Lorich, forecasted demand for the “miracle metal” would grow ten-fold within ten years.

Within a year of Lorich’s prediction vanadium prices had indeed doubled and continued to soar a further 90% to nine-year peaks in the first nine months of 2017.

Vanadium pentoxide, a powder form of the metal used in batteries, spiked 130% last year, according to Bloomberg and 27% in January to US$5.68 a kilogram, according to Metal Bulletin PLC.

TNG is now pulling out all stops along the pathway to production at Mt Peake including the securing of a native title agreement expected to be finalised by the end of this month with a financial investment decision to follow by mid-year.

In a market update this week the company said the agreement signed with Clough and McMahon brings the three companies together to jointly review a recently completed DFS for Mount Peake. The parties will also evaluate preliminary construction management and procurement contracting services for the project with the company’s strategic engineering partner, German firm, SMS Group.

SMS Group is no stranger to the Perth mining sector. The giant German EPC firm has already been contracted to build Perth based Altech Chemicals’ USD$298m high-purity alumina plant in Malaysia.

With annual sales of more than 3 billion Euros, SMS has very deep pockets and it isn’t afraid to stump up hard cash to co-invest in the projects it builds for its clients.

Interestingly, SMS has already received detailed briefings on TNG’s 100%-owned Mount Peak Project and provided an “expression of interest in providing financing for Mount Peake, subject to further due diligence and an updated financial model.”

TNG Managing Director Paul Burton said, “We already have a strong and long-standing relationship with our German-based strategic engineering partner, SMS group, and this agreement with Clough and McMahon is designed to build on and enhance that relationship. Having two of Australia’s leading contracting groups as part of our construction consortium is a real positive for the Mount Peake Project.”

Clough CEO and Managing Director, Peter Bennett, added: “We’re embracing our status as preferred team and local delivery partner for the construction and installation of the process plant, along with EPC work for the Project’s balance of plant systems and non-process infrastructure.”

Located 235km north of Alice Springs, Mount Peake has been flagged for an initial mine life of 17-years – albeit it has been designed with a 40-year mine life in mind.

TNG are aiming to enter the ranks of the top-10 global producers of high-quality, high-purity strategic metals including vanadium pentoxide, titanium dioxide and pig iron with Mt Peake. The project has already received “Major Project Facilitation” status from the Northern Territory Government.

Independent Investment Research went on to say; “The timing of development is ideal to take advantage of the strong current metals cycle, including rising titanium prices, which are expected to remain strong for the foreseeable future. In addition, titanium and pig iron are expected to consolidate recent gains in prices.”

According to TNG, Mt Peake’s life of mine net cash flows are estimated to be a staggering AU$11.7 billion with an annual net operating cash flow of A$738 million on the back of a sublime stripping ratio of just 0.9:1.

TNG’s plan proposes the production of 99% purity vanadium, 92.5% purity titanium and pig iron. It is envisaged that mining and concentration will be performed at Mount Peake before being sent 1,180km north to the Darwin processing plant by rail.

Mount Peake has a JORC resource of 160Mt grading 0.28% vanadium oxide, 5.3% titanium oxide and 23% iron, making it one of the largest known vanadium projects in Australia.

Standard drill and blast mining is planned for the project over a 2km long, 350m wide and 100m deep pit.

The proposed schedule includes mining of 3mtpa of ore for the first four years, ramping up to 6mtpa in subsequent years.

With the Adelaide-Darwin rail line just 80km away via the planned haul road and a new liquid petroleum gas pipeline just 20km to the east, Mount Peake ticks a surprising number of boxes.

The Stuart Highway is also just 40km away.

A crucial point of difference in TNG’s project is that the company is aiming to prove that its high-tech “TIVAN” processing technology can extract high purity vanadium, titanium and iron oxide products at relatively low cost without roasting.

The process, which was developed by TNG in concert with Perth-based Metallurgical Engineering Technical Services and CSIRO, has already been successfully tested at pilot scale.

The company goes on to say; “…one key is that it has the potential to provide a reliable supply of high purity, battery grade vanadium which is required for the battery electrolyte capacity for grid scale power storage, with trials being run in a number of countries along with a number of successful commercial installations.”

Commenting on TIVAN, Independent Investment Research said; “The key to the success of Mount Peake is the proposed use of the TIVAN™ process, to enable multiple products to be produced from the single Mount Peake ore type. TIVAN™ was initially developed by TNG, METS and the CSIRO, with more recent work, including optimisation, being carried out by SMS. The process, as originally planned, is a hydrometallurgical process, using hydrochloric acid to leach the magnetite concentrate. The process has been successfully tested to a pilot scale, with the original pilot plant work being completed in 2015, and the results used in the original DFS.”

TNG already has a binding, life of mine offtake agreement in place with Woojin Industries in South Korea to purchase a minimum 60% of Mount Peak’s vanadium products.

The company also has an MOU with Hong Kong-based Wogen Pacific for the sale and marketing of titanium products.

Perth-based TNG is working towards a final binding agreement with Guvnor, one of the world’s largest independent commodity traders, for the offtake of 60% of Mount Peak’s iron products.

Vanadium’s use as a high strength steel additive accounts for about 92% of current global demand, however, its real blue-sky potential is expected to be in its potential as a game-changer in large-scale battery storage from renewable energy

Vanadium-based batteries are non-flammable and have an estimated life-cycle of 10,000 to 35,000 cycles, far outstripping current batteries that typically have 1000 cycle usages. Vanadium batteries can also maintain a staggering 90% of their capacity over 20-years.

TNG has a lot coming to the boil in a short space of time.

Independent Investment Research remains bullish on TNG’s stock, valuing it at 41c a share, 141% above its current share price of 17c.

With many lithium stocks starting to tap out at the upper end of the value curve, the one percenters that are always looking to the investment horizon are now focused firmly on vanadium and TNG look well set to surf that wave.