Perth podiatrist turned entrepreneur Rachael Ferguson has turned her company around in just two years, with rebranding and partnering with the right distributor the keys to unlocking the full potential of her fast-growing footcare business. 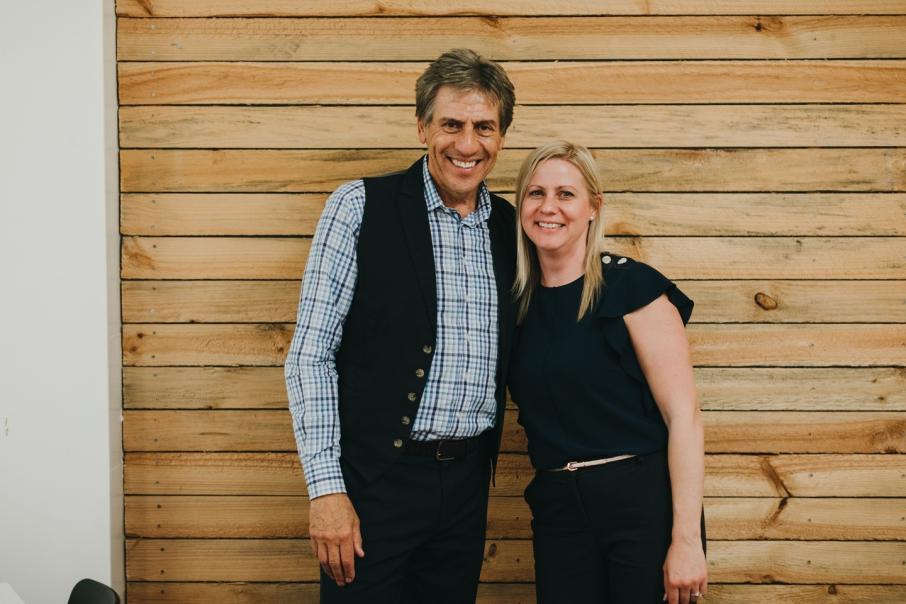 Rachael Ferguson with Andrew Banks, who she says has been her adviser, teacher and mentor since he invested in the business in 2015.

A local entrepreneur has turned her footcare company around in just two years.

Perth podiatrist Rachael Ferguson says rebranding and partnering with the right distributor was key to unlocking the full potential of her orthotics business.

The company she leads as chief executive, Synxsole, is now headed for a US launch early next year on the back of strong sales growth in Australia.

Ms Ferguson established Synxsole in 2011 when she and fellow podiatrist Marie Ann Lewis became frustrated with the “floppy and bulky” insoles on the market, and decided to create a slim insole to fit a wide range of shoes.

They sold their products mainly through practitioners before appearing on TV show Shark Tank four years later. Their pitch sparked a bidding war and the podiatrist pair eventually made a deal with Sydney-based investor Andrew Banks.

Mr Banks invested $100,000 in the business in exchange for 45 per cent ownership.

Synxsole has since increased its offering to include products that target a range of other foot-related concerns including blisters, bunions and calluses.

However, Ms Ferguson acknowledged an initial struggle with product sales.

“We still had this great product but just couldn’t get it moving off the shelf,” she said.

“The packaging was really dark and it was just lost against our competitors’ [products], so we repackaged, changed our labelling and then added three extra brands to the range.”

Ms Ferguson said sales had increased by more than 200 per cent since the company partnered with Chemist Warehouse in June last year.

Synxsole products are now sold in more than 400 Chemist Warehouse stores and hundreds of other independent retailers in Australia.

Ms Ferguson said the journey had been difficult, but sales revenue was now heading into the multi-million dollar region.

“We expect to eclipse $10 million in the next two to three years,” Ms Ferguson told Business News.

Synxsole will add a further three products to its Synxgeli range next month and will introduce two new pain relief creams in January under a fourth brand called Synxeaze.

Ms Ferguson said it would be the first 100 per cent certified organic and Australia-made pain relief cream on the market.

The ‘ultra’ version of the cream will be sold in the US, along with other Synxsole products currently only available to the US through Amazon.

Ms Ferguson said she believed her monthly sessions with a business coach had enabled her to achieve her long-term goals.

“She keeps me on track with my health, wellness and business goals, which ultimately has been a huge driving force behind the success,” she said.

“Without focusing on yourself, you can’t reach your full potential.”

Synxsole co-founder Ms Lewis stepped away from the business two years ago to focus on her family but remains a minor shareholder, while Mr Banks is still heavily involved as an adviser and mentor.

“Andrew has taught me about managing stress, the importance of maintaining strong positive business relationships and prioritising and focusing on the most important tasks to reach our goals faster,” Ms Ferguson said.

“He has been a huge mentor for me.”

Ms Ferguson was recently named a finalist in three categories for this year’s Stevie Awards for Women in Business, held in New York, with winners announced on November 15. 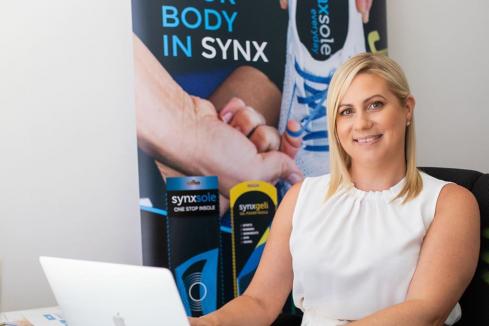