Queensland-focused Superior Resources has kicked off a significant new drilling program that will look to build on its gold resource base and follow up intriguing copper exploration signals at Greenvale in the state’s north. Managing Director, Peter Hwang says the planned 8,000 metres of drilling is shaping up as a defining step for the company and its bold blueprint for a greater Greenvale gold-copper production hub. 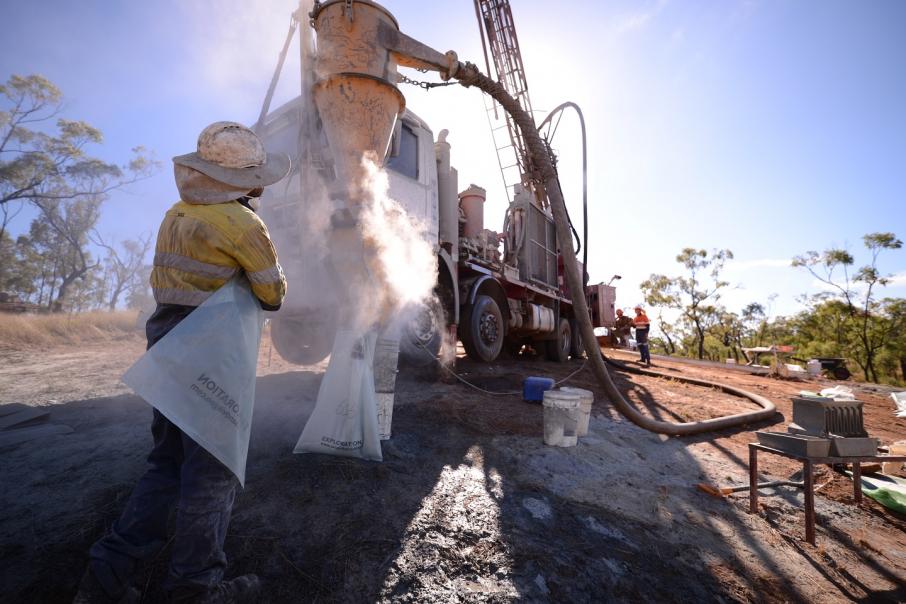 Queensland-focused Superior Resources looks set for an exciting period of drilling and project study over the coming months. Credit: File

Queensland-focused Superior Resources has kicked off a significant new drilling program that will look to build on its gold resource base and follow up intriguing copper exploration signals at Greenvale in the state’s north. Managing Director, Peter Hwang says the planned 8,000 metres of drilling is shaping up as a defining step for the company and its bold blueprint for a greater Greenvale gold-copper production hub.

It will also target extensions to high-grade shoots along the Steam Engine and parallel Eastern Ridge lode zones. Last year’s drilling threw up a grab bag of impressive hits such as 1m grading 184 grams per tonne gold from only 51m within a broader 5m at 38 g/t in the Steam Engine lode. The earlier program also produced assays such as 7m grading 20.6 g/t from 54m including 1m at 135 g/t from 55m and 14m going at 4.9 g/t from surface which included a 7m hit at 9.2 g/t from just 7m downhole.

Superior’s Hwang, who has led the junior for eight years, is excited about the potential at Dinner Creek, the next parallel lode to receive the company’s attention that sits just to the east of Eastern Ridge and Steam Engine. He says: “Detailed geological mapping and rock chip sampling indicates that Dinner Creek is likely to be a mineralised gold lode that bears the same characteristics as the main Steam Engine Lode, but on a significantly larger scale.”

The company is poised to extend the Steam Engine drill campaign pending results from the planned 23 reverse circulation holes that will put about 3,275m of drilling into targeted extensions down-dip and along strike of the defined lodes.

Superior is eager to build on last year’s promising scoping study that contemplated a small-scale gold operation at Greenvale using regional milling capacity to process up to 79,000 ounces of gold over 21 months to generate strong cash flows at a base gold price of A$2,200/ounce and a higher study price of $2,500/ounce.

The early-stage study highlighted robust financials even though the best milling option is likely to be the Charters Towers area about 200km away. Toll ore treatment and the ready accessibility of Greenvale’s shallow gold lodes contributed to modest forecast start-up capital expenditure in the scoping study of just of $5-10 million.

Superior is looking to grow those resources to underpin a stand-alone processing plant in its ongoing feasibility study work.

Hence the current Dinner Creek maiden drilling and extension work at Steam Engine could be a game-changer for the company over the next six months.

The same can be said of its proposed new copper drilling program at its exciting Bottletree target in Greenvale where its last hole in 2018 hit the edge of a “tier 1-scale coincident MIMDAS IP chargeability and resistivity anomaly” and returned 292m grading 0.22 per cent copper from 148m depth. That hit included 18.7m at 1.12 per cent copper from 328m.

Superior has completed high-level 3D geophysical remodelling of the MIM distributed acquisition system induced polarisation survey, or “​MIMDAS IP” data collected in 2018 to target up to 2,000m of diamond drilling planned in the upcoming program.

Results will no doubt be closely watched by the market meerkats as the company positions itself on the cusp of finding a new large, high-grade copper deposit.

Mr Hwang says: “In addition to developing Steam Engine, building an inventory of copper resources is a key objective for the year. We aim to deliver up to two JORC 2012 copper mineral resource estimates by the end of the year: one at the Wyandotte copper deposit and the other at the larger Cockie Creek copper prospect.”

Historical drilling data has enabled Superior to define an exploration target for Wyandotte, in the northern part of its Greenvale tenement block, of 400,000t-1 million tonnes at 1.9-2.2 per cent copper. It already has an inferred JORC 2004 resource of 13Mt at 0.42 per cent copper at its Cockie Creek prospect.

Silver Valley Minerals drilled 27 diamond core holes at Wyandotte back in the late 1960s and sank a shaft into the copper mineralisation that included a surface supergene resource. The drilling hit a remarkable 7.8 per cent copper over 5.8m and also picked up 13.4m at 3.4 per cent copper below the supergene zone.

Mr Hwang says: “With the aggressive activity ahead of us, we are optimistic that the foundations of a centralised gold and copper processing strategy at Greenvale will start crystallising during the course of 2021.”

Superior aims to present a more detailed outline of its Greenvale strategy and its magmatic nickel-sulphide targets soon. The latter includes Big Mag and Dido at Greenvale, generated from aerial versatile time domain electromagnetic, or “VTEM” and magnetic survey datasets. Superior has identified potentially mineralised magma feeder dykes and mafic-ultramafic ovoid intrusions at Big Mag and says both it and Dido are prospective for Voisey’s Bay-style nickel-copper magmatic sulphide systems.

The circa-A$21.5 million market-capped Superior has a highly prospective exploration and development pipeline at Greenvale, a past nickel processing hub that recently saw the demise of Clive Palmer’s Queensland Nickel Industries and its Yabulu refinery due to a combination of high costs and low nickel prices.

Beyond Greenvale Superior also has a large exploration position in the Carpentaria zinc province in north-west Queensland, one of the world’s richest zinc, lead, silver and copper producing regions.

Mr Hwang tells BullsnBears Superior will enter 2022 in different shape if all goes to plan with the drill bit over the coming months.

He says: “We plan to be on the cusp of being a gold producer and hopefully a copper producer as well. And from that we have the ground position and geology to enable us to really hit the big targets – lead-zinc as well as copper and nickel. We are doing some work there now as well but will be in a better position to hit them in earnest with success at Greenvale.” 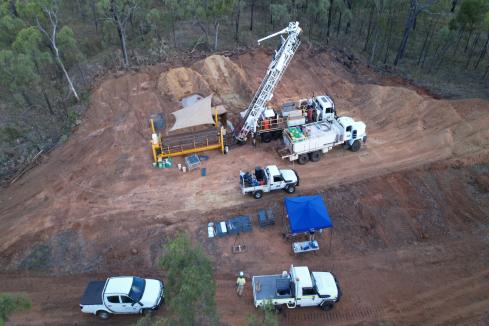 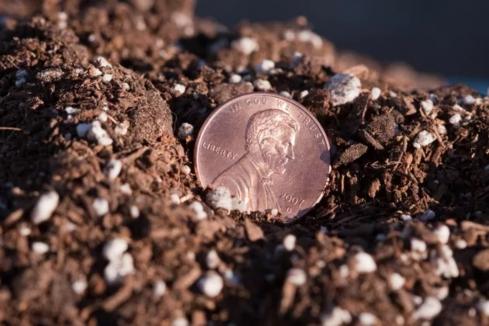 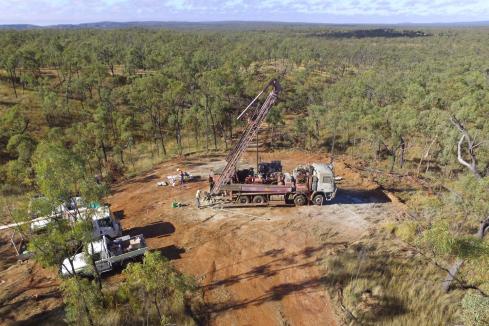 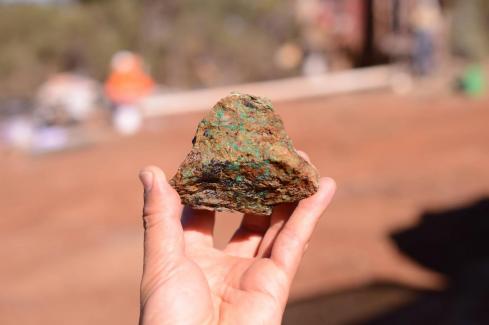 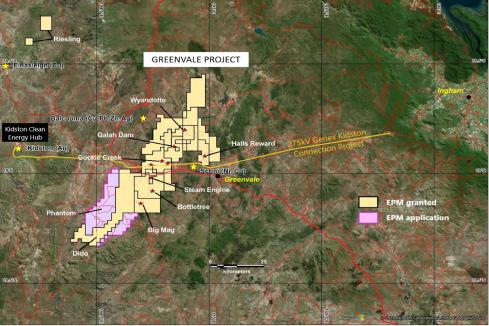 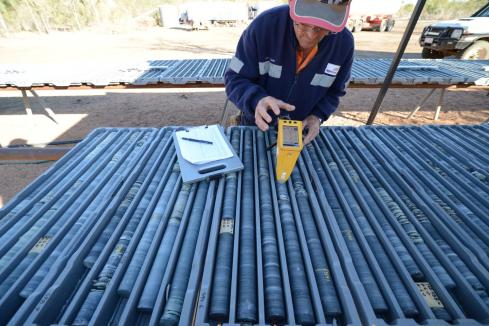