Superbugs to kill ‘more than cancer’ by 2050 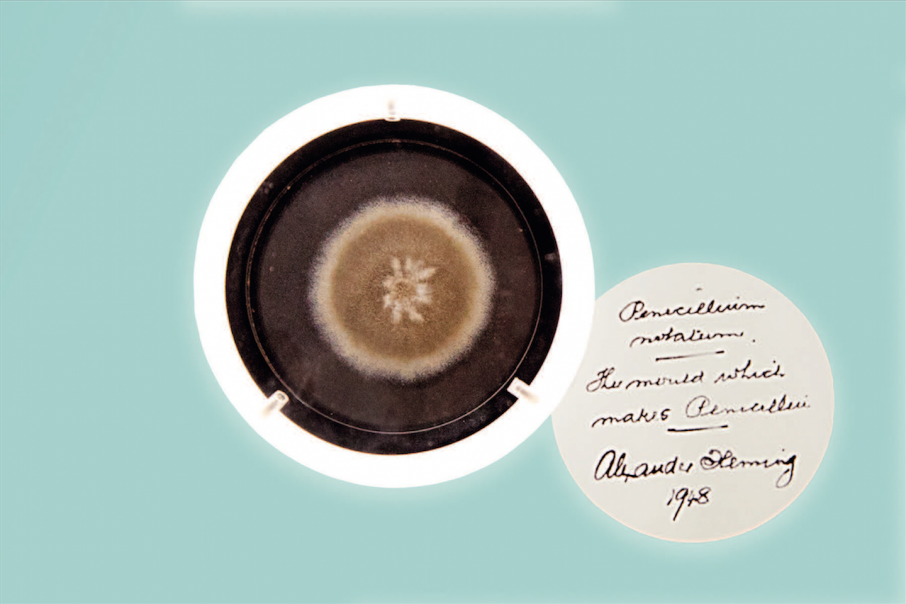 When any of us needs a little inspiration at the Perkins there’s a small sample of mould we can visit that’s mounted on the wall in a little plastic container on the first floor.

This is not just any mould. It is the mould, used by Sir Alexander Fleming, to make penicillin, the world’s first antibiotic.

Next to it is his famous quote: “When I woke up just after dawn on September 28, 1928, I certainly didn’t plan to revolutionise all medicine by discovering the world’s first antibiotic, or bacteria killer. But I suppose that was exactly what I did.”

Staphylococci bacteria growing in the Scottish scientist’s sample dish had died overnight when it had become close to the penicillin mould he’d added. This was the discovery that led to the development of life-saving antibiotics.

But even in his acceptance speech for the Nobel Prize, Fleming alluded to the likelihood that one day bacteria would evolve and defy antibiotics. That is exactly what is happening now across the globe.

In fact, the World Health Organisation (WHO) has described antimicrobial resistance as a global health emergency with the potential to be even more deadly than cancer, estimated to kill as many as 10 million people a year and to cost the world economy as much as $100 trillion annually.

This is because antibiotic-resistant infections require prolonged and costly treatments, extended stays in hospital, more doctor visits and increased healthcare claims. They result in greater disability and death compared with infections that are easily treatable with antibiotics.

The WHO states antibiotic resistance is one of the biggest threats to global health, food security, and development today. A global action plan to tackle the problem was launched in 2015.

In Perth, in a Perkins laboratory only a few floors up from Fleming’s mould, a young PhD graduate has been researching how bacteria are evolving to become resistant to antibiotics.

He’s been growing brewer’s yeast, which is the earliest microbe ever used by humans and a key ingredient in making beer as early as 3000 BC. Dr Louis Scott has engineered strains of brewer’s yeast so that they are addicted to antibiotics.

Previously, testing whether bacteria were resistant to antibiotics was done one molecule at a time.

Dr Scott’s approach tests how antibiotic resistance works on tens of millions of samples at a time.

His method is a quick and far more efficient way to test for antibiotic resistance. It also gives insights into how resistance works and how to design new drugs to overcome it. Sometimes the addicted yeast does not die.

When this happens it’s possible to analyse the changes that caused the antibiotic resistance mechanism to fail to inform how new antibiotics could bypass these mechanisms.

This system effectively has millions of yeast working on designing new drugs at once.

Dr Scott has received well-deserved recognition for his approach and has been offered a three-year position in Sweden at one of the world’s largest drug companies, Astra- Zeneca, which develops new medicines to overcome diseases.

The research has been published in the internationally recognised scientific journal, ACS Synthetic Biology published by the American Chemical Society, the world’s largest scientific society.