Australia was named the 13th most innovative country in Bloomberg’s Innovation Index 2015, but what will it take for Australia to climb to the number one position in the next 15 years? 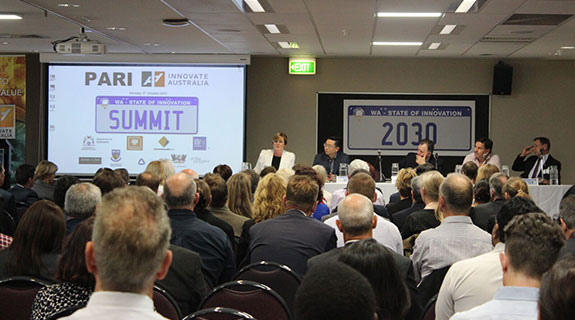 Australia was named the 13th most innovative country in Bloomberg’s Innovation Index 2015, but what will it take for Australia to climb to the number one position in the next 15 years?

That question was put to a group of senators, industry experts and invited guests at the recent Innovation Summit 2030, held by Innovate Australia in Perth.

The panel of speakers included Liberal Party WA Senator Linda Reynolds, who co-convened the summit with Palmer United Party WA Senator Zhenya Dio Wang. The two senators have formed the Parliamentary Alliance on Research and Innovation, which aims to promote research and commercialisation of innovation in Australia.

“Here, in WA, we have always innovated,” Senator Reynolds told the summit.

“We now find ourselves at a juncture where we have to reinvent ourselves, take stock of those things that make us great and acknowledge what needs to change.”

Among other factors, Senator Wang emphasised the importance of early learning.

“Designed in Australia should be something people desire,” Senator Wang said. “And to get there and be regarded as the most innovative country, we need better funding, tax concessions, improved bureaucracy and improved early childhood education.

“We have to retain children’s curiosity and allow them to ask questions, including dumb questions. Those of primary school age now will be university students by 2030. They must be able to think by themselves and for themselves.”

“The government has a role in investing in projects that are either too highly capital intensive or too risky for the private sector,” she said.

“And there is a gap between the $1 million and $5 million investing range that angel investors need to fill.”

Main takeaways from the summit:

• develop an environment where entrepreneurs can work together to develop new ideas;

>> Watch a five-minute video of the Innovation Summit here.