Wiluna Mining’s development strategy across its multi-million-ounce gold operation in WA is continuing to pay dividends, with drilling at Golden Age producing a bag of high-grade intercepts, running as high as 47 grams per tonne gold, whilst the nearby discoveries at Starlight and Essex begin to take shape. 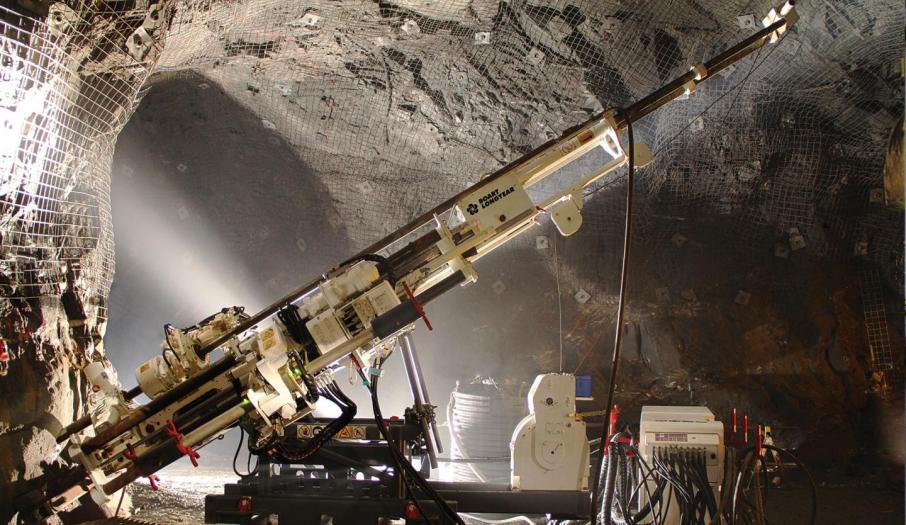 Wiluna Mining’s development strategy across its multi-million-ounce operation in Western Australia is continuing to pay dividends, with drilling at Golden Age producing a bag of high-grade intercepts, running as high as 47 grams per tonne gold, whilst the nearby sulphide discoveries at Starlight and Essex begin to take shape.

Drilling across the extensions to the high-grade, Golden Age underground mine has continued to delineate the gold-rich lodes of the deposit with better intercepts including an eye-catching 4.26 metres at 47.94 g/t gold and 5.96m at 18.62 g/t gold. The results will likely add further tonnes to the existing resources at Golden Age, which lies just north of the Wiluna plant and highlights the success of the company’s aggressive drilling campaign, ensuring an ongoing supply of free-milling ores to feed the milling operation.

Elsewhere, more than 14,000m of surface and underground drilling have targeted the extensions to an assemblage of resources across the 7-million-ounce Wiluna goldfield, with exploration at Bulletin and West Lode returning a series of ore-grade results including 11m at 6.91 g/t gold.

Interestingly, the company’s evolving strategy of peppering the historic mining area also appears to be paying dividends, with two new shallow high-grade discoveries emerging from the woodwork at Starlight and Essex.

Starlight lies to the west of the Bulletin mine and was developed as an open pit in the 1990s. Whilst historical drilling below the oxide pit returned only narrow intercepts of gold mineralisation, Wiluna has taken a bolder approach and begun targeting the down-dip and down-plunge extensions to the ore system at more than 100m below the existing pit floor.

Although Wiluna is still waiting on a batch of other results from Starlight, initial assays indicate that the company’s gamble looks to be paying off. Drilling has returned wide intercepts of sulphidic gold mineralisation including 15m at 7.23 g/t gold from only 52m and 6m at 6.64 g/t gold from 113m down-hole.

The company says if drilling manages to outline a significant resource at Starlight, it could be rapidly and cheaply bought into production due to its immediate proximity to existing underground development, located only 200m to the east.

Drilling at Essex is also proving to be an eye-opener, with a new discovery shaping up adjacent to the existing resource and underground development. It appears the southern strike extensions to the deposit have yet to be properly tested, with diamond drilling intersecting a stockwork of quartz vein mineralisation and returning multiple high-grade results sporting visible gold.

Intercepts from Essex include 2.45m at a stunning 31.30 g/t gold from 393.95m and 1.96m at 12.63 g/t gold from 256.67m down-hole. These results highlight some marked similarities between the deeper Essex ore system and the nearby Golden Age lodes, which has provided a treasure-trove of mineralisation to the current mining operation.

The Wiluna project is located in the North-Eastern Goldfields of WA and is centred around the massive Wiluna mining operation in the north of the field. The company’s tenure now covers more than 1,600 square kilometres wrapping up a strategic position that stretches over 75 kilometres of strike, from BHP’s colossal Mt Keith nickel operation in the south to the north of the Wiluna mine itself.

Gold was discovered at Wiluna in the early 20th century and over several evolutions of mining has produced more than 4 million ounces of gold. Wiluna Mining’s ongoing development drilling has outlined resources at close to double that figure, cementing the field’s position as one of the largest gold districts in Australia.

Wiluna Mining is currently reinventing the operation and is attacking the goldfield on multiple fronts. A massive drilling campaign is proving up a host of shallow resources to boost mining volumes which will feed both the existing operation, processing free-milling ores and provide an increasing gold-rich sulphide feed to a new concentrate-focused milling circuit.

If Wiluna’s sulphide strategy continues to produce the goods, the company will look to put a rocket under its production targets and ramp output up to more than 250,000 ounces per annum in the years ahead.