The Subiaco Hotel is going to change with the times ... again. Emily Morgan reports. 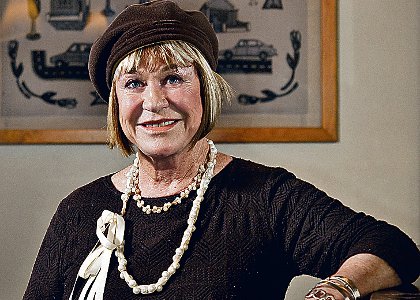 LOCATED on the corner of Hay and Rokeby roads, The Subiaco Hotel has always been positioned comfortably at the ‘epicentre’ of Subi’s changing fashions and trends. And, almost two decades after its most recent makeover, the iconic hotel is set for a fresh look.

For younger generations, the hotel’s unwavering style and the suburb’s cosmopolitan vibe may be taken for granted, but hotel director Judith Monaghan remembers a time when the area was vastly different.

“The energy in Subiaco was in the upper end of Rokeby Road,” Ms Monaghan recalls, adding that at the lower end (nearer the train station) Tip Top bakeries, engineering works and garages were typical of the types of business that dominated the (once) semi-industrial area.

“The Oriel [cafe and brasserie] was the highlight; it was a buzzy, amazing place, but it was the only place down this end of Subiaco that had any style,” she says.

Having run the pub as a sports bar, catering to a working class clientele, for 13 years, Ms Monaghan and her husband decided it was time for a change in the 1990s.

They built a restaurant into the eastern end of the pub – a brave step at the time, but one that helped to grow the dining scene in Perth.

“We decided to join the century and focus on what we thought was more family food, a more contemporary establishment, rather than the beer hall,” Ms Monaghan says.

“We just felt it was time to be a reflection of contemporary society, where cafe culture was emerging. It wasn’t quite so common, and there wasn’t so much opportunity for it. It was a bit of a forerunner in its time.”

Moving away from its traditional client base by adding a modern restaurant was a concern for Ms Monaghan at the time, but one that eventually dissipated with the advice and support of her husband, whose family has run hotels for four generations.

“I was a little concerned about how disenfranchised people were, but my husband believes that if you shape something, it attracts the people who are comfortable in that particular environment,” Ms Monaghan told Gusto.

“Just by attrition, people found other places that they were more comfortable in, and it attracted others who felt that, ‘this looks like me’.

“It did sit comfortably with locals. Of course Subiaco has changed enormously ... the whole suburb has grown.”

Keeping in touch with the business’s pub roots by maintaining the sports component at the western bar was key to keeping a hold of some of the loyal customers.

“Life is full of variety; we don’t want to do the same thing all the time. This as a structure meets the need of people gathering for a short time or making a night of it, or meeting and having a drink and then having dinner, or a supper afterwards,” Ms Monaghan says.

Ms Monaghan utilised skills developed during her time as head of a design business when the hotel was undergoing its most recent refurbishment.

“At the time it was – with the designers we used – considered quite minimal and what is now in design terms quite common was a little bit of a breakthrough,” she says.

Ms Monaghan says the business’s ongoing critical design element is ‘classicism’, which has allowed the restaurant and pub to evolve while remaining true to the overall brand.

“There is a familiarity. I think too much in Perth something closes and gets totally made over and it’s new and then something changes,” she says.

“There is a feeling of tradition (at the hotel) I suppose – classicism. I think if it is classic, well designed and comfortable, then don’t change it just for its own sake.”

This same element flows through to the kitchen, where Brad Burton has been executive chef for 12 years.

“There is a continuity, and one of the biggest challenges within the restaurant is consistency, so that if you come one month or one week and you have a fantastic time, you don’t come the next time with clients and have a hideous experience,” Ms Monaghan says.

“We put that high on the agenda – consistency in food, service and presentation of the restaurant is all part of that classicism of what we aim for.”

But in the realm of consistency there is no room for complacency and innovation is key, according to Ms Monaghan.

“We change our menus every three months, we have six specials each day; preventing boredom is important,” she said.

And 17 years after cementing its place in Perth’s hospitality scene, The Subiaco Hotel is set for another round of renovations.

“There is a theory that after seven years you should refit something out, and 17 years is a long time. It is a time for a refreshing. We will keep that classic design element, but the spaces will be different in both bars,” Ms Monaghan says.

The footprint of the restaurant will largely stay the same, though the courtyard will be extended slightly into the existing car park; the pool table area will be replaced by a more casual dining option at the western side of the hotel and the bars will be extended.

There are also plans to build a separate business on the existing car park and bottle shop space, but they are yet to be finalised or go through council, and that proposal is still at the owner/designer discussion stage.

Ms Monaghan is steadfast in her approach to design, amid the renovation plans.

“What we won’t change too much is the restaurant, we certainly won’t change the architecture of it. We won’t throw the baby out with the bathwater,” she says.