Aspire Mining’s dream of a northern Mongolian railway has taken a leap forward with a feasibility study finding it could deliver coking coal from the company’s Ovoot deposit to world markets at competitive prices. The study highlighted the positive economics of the US$1.25 billion project which Aspire says will churn out US$2.75b in free cash after tax over thirty years. 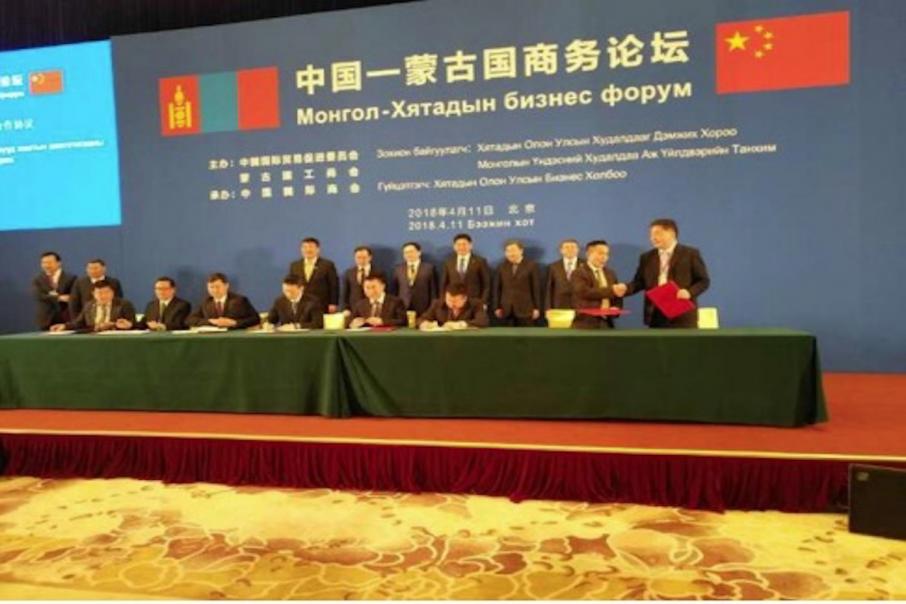 Signing ceremony between Northern Railways and CGGC in Beijing in April

Aspire Mining’s ambitious plan to connect its giant Mongolian coking coal deposit to markets in China and Russia have taken a major step forward with the release of positive feasibility study into the project.

The ASX-listed coking coal developer released the key findings from a draft feasibility study into building a 547km-long railway from its coal deposit at Ovoot to the rail hub town of Erdenet, which is interconnected to rail routes into China and Russia.

The study found that the nation-building rail project, which will be developed by Aspire’s 80%-owned subsidiary Northern Railways, would have attractive economics even when based on conservative assumptions about freight volumes.

Northern’s joint EPC contractor, China Gezhouba Group (CGGC), is preparing the study under an MOU singned last October that also sets out a pathway for CGGC to fund the project.

Based on a total construction cost of US$1.25 billion and a rail tariff of US3.4 cents per tonne per km, the project would deliver an after-tax return on equity of 13.6% according to Aspire management. Net cash generated over a 30-year period would be US$2.75 billion on an after-tax basis.

According to the company, these numbers could even be improved, depending on Northern’s ability to sell capacity on the new railway, which has been designed to carry up to 16 Mtpa but could be almost doubled to 30 Mtpa with additional passing loops.

The study made the conservative assumption of a demand of just 5 Mtpa initially, building over 12 years to 16 Mtpa. Aspire’s own needs are projected to make up 10 Mtpa of the anticipated demand.

Importantly, the tariff structure implies Aspire’s cost to freight its coking coal on the new railway would be US$18.60 per tonne, which is consistent with previous estimates.

“The Company continues to work with UBTZ Railways JSC to coordinate expansion and construction plans as the central line upgrade and the Erdenet to Ovoot Railway are linked projects. It is also clear that the Mongolian provinces of Khuvsgul and Bulgan will be substantial beneficiaries of this rail project generating a significant amount of new sustainable jobs for this region.”

The company said the feasibility study should still be considered provisional as Northern Railways, CGGC and its engineers were continuing to work on improvements, however the study has been provided to the Mongolian Ministry of Roads and Transportation for its review and approval.

Over the past year, the Governments of Mongolia and China and even a neighbouring Russian province have all thrown their weight behind Aspire’s railway project, taking development of Aspire’s Ovoot coking coal ever closer to reality.