AUSTRALIA’S master of interpreting census and other data, Bernard Salt, last year wrote that, in relative terms, Indigenous business is booming, growing at an average rate of around 600 new businesses every year, a small but growing number.

Investment in cultural growth appears to have delivered a hometown benefit.

Our best known futurist points to an expanding and strengthening Indigenous business community.

In addition, more Indigenous students are completing year 12 than previously recorded and more than 80% of Indigenous people now live in cities and non-remote areas.

These shifts raise questions about some long-held assumptions about the gap between Indigenous and non-Indigenous health.

While poor health is influenced by socioeconomic status and whether you live in a major city or in a remote region, some WA research is finding there’s more to it than that.

However, when remoteness, longer times to diagnosis and age are taken into account, Indigenous women remain two to three times more likely to die from the disease.

In other words, remoteness and socioeconomic influences accounted for less than half of this worse outcome. After compensating for them, there was still more than double the risk for Indigenous women.

The research further suggests that Aboriginal and non-Aboriginal women contract different types of breast cancer, their bodies respond differently to cancer and benefits of cancer treatments may be less.

Professor Redfern found that Aboriginal women were diagnosed with significantly higher percentages of the higher risk cancers, they have higher rates of vitamin D deficiency that can make cancers more aggressive, and their bodies may dispose of certain anti-cancer drugs quicker – reducing the benefits.

Professor Redfern now plans to look at the many additional features of a breast cancer and its surrounding tissue that are important to the tumour’s behaviour and the patient’s survival.

No previous known study in Australia has analysed Aboriginal tumour biology in these ways.

He plans to examine the kind of DNA mutations that control the cancer behaviour, the mix of proteins in the cancers that can stop treatments working, the immune cells in the cancer that can also affect treatment and the density of the surrounding breast.

While socioeconomic and geographic factors are likely to continue to impact on the speed of diagnosis and the ease of access to medical specialists and affordable treatment, research into different aspects of breast cancer biology in Aboriginal women are debunking the myth that such social factors are all that is responsible.

END_OF_DOCUMENT_TOKEN_TO_BE_REPLACED

Perth has come a long way since the Lonely Planet described the city as dullsville, with a thriving festivals, street art, music and events scene now creating vibrant connections with Western Australia’s history and indigenous culture. 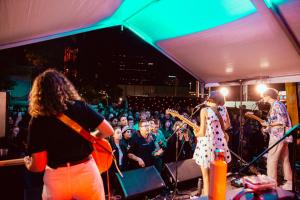 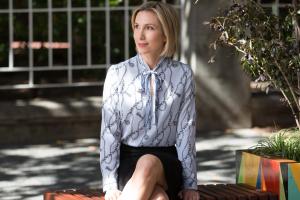 AUSTRALIA’S master of interpreting census and other data, Bernard Salt, last year wrote that, in relative terms, Indigenous business is booming, growing at an average rate of around 600 new businesses every year, a small but growing number.

Safe roads the first step toward vibrant and thriving communities

In just five years, more than 500 people have been killed and 2,700 seriously injured on WA's regional roads — a devastating reality for our regional communities and the equivalent of losing the entire population of a small town.

The extraordinary landscape and ecology of the western edge of this continent demand a response. For 50,000 years artists have documented their encounters and transformed knowledge with their experiences of living here. 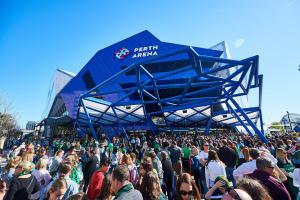