Strike Energy has concluded its drilling and completion activities for the exciting West Erregulla-2 well in the Perth Basin of WA, where it has located three separate gas discoveries and possibly the deepest occurrence of hydrocarbons in Australia. Earlier this month, the company completed wireline logging that identified a significant pay zone of conventional gas, which it said could potentially support a low-cost development. 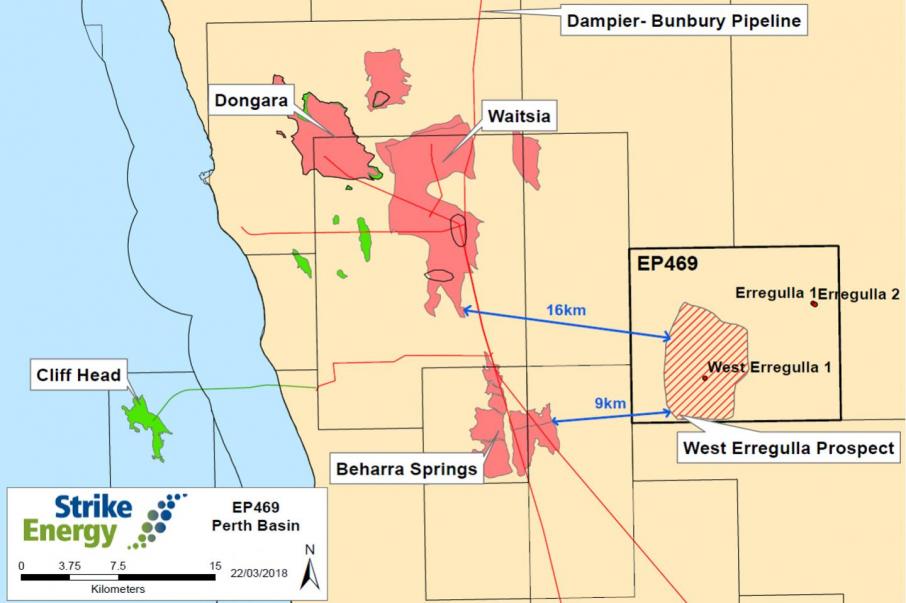 ASX-listed gas trailblazer, Strike Energy, has now finalised all drilling and well completion activities at its exciting West Erregulla-2 well in the Perth Basin of WA and the rig has been released in preparation for production flow testing.

The company has kicked a number of significant goals in the underexplored Perth Basin over the past few months, including separate gas discoveries and possibly the deepest occurrence of hydrocarbons identified in Australia to date.

Strike has now perforated the well across the prospective Kingia zone and run the production tubing string into West Erregulla-2.

The wellhead “Christmas-tree” infrastructure and equipment have now been installed at the well and the rig has been released.

A “Christmas-tree” is a complex assembly of valves, spools and fittings used to regulate the flow of hydrocarbons, in this instance gas, in the well.

Management said that the rig will now demobilise from the site over the coming weeks before production flow testing begins.

The test work is anticipated to commence in October and take about two weeks to gather flow and pressure data from the defined reservoir.

Strike Managing Director Stuart Nicholls said: “The release of the rig marks the completion of the West Erregulla drilling program. Over the past several months, Strike has achieved multiple Australian firsts in drilling and these achievements demonstrate Strike’s high level of competence as an upstream operator.”

“The West Erregulla-2 well has made three individual conventional gas discoveries, has found the deepest hydrocarbons ever seen in Australia and has now set up the company for continued success along the Wagina and Kingia High Cliff geological trends.”

Earlier this month, Strike completed wireline logging of the West Erregulla-2 well and identified a significant pay zone of conventional gas that the company said could potentially support a low-cost development and pave the way for further discoveries at depth in the Perth Basin.

At the time, Mr Nicholls said: “The Kingia gas discovery exhibits characteristics of one of the highest-quality gas finds onshore in Australia. With 58 metres of net pay, this makes West Erregulla-2 the thickest net column seen in any Kingia penetration within the basin to date, which is host to the historic Waitsia gas field.”

“The high reservoir pressures and excellent permeabilities are supportive of a significant recoverable gas resource with gas compositions in-line with the neighbouring Waitsia field.”

The upcoming production flow testing will be keenly anticipated and if successful, could spark a whole new gas rush at depths not previously seen as viable.