Strike teetering on the verge of historic gas flow in S.A

Strike Energy’s technically ground-breaking Jaws-1 gas well at the Southern Cooper Basin project looks like it could be the making of the company after a vital fracture stimulation program was proclaimed a success yesterday. The company’s share price soared by 30% after it broke the news that all seven-stages of the Jaws-1 stimulation program had gone exactly to plan. 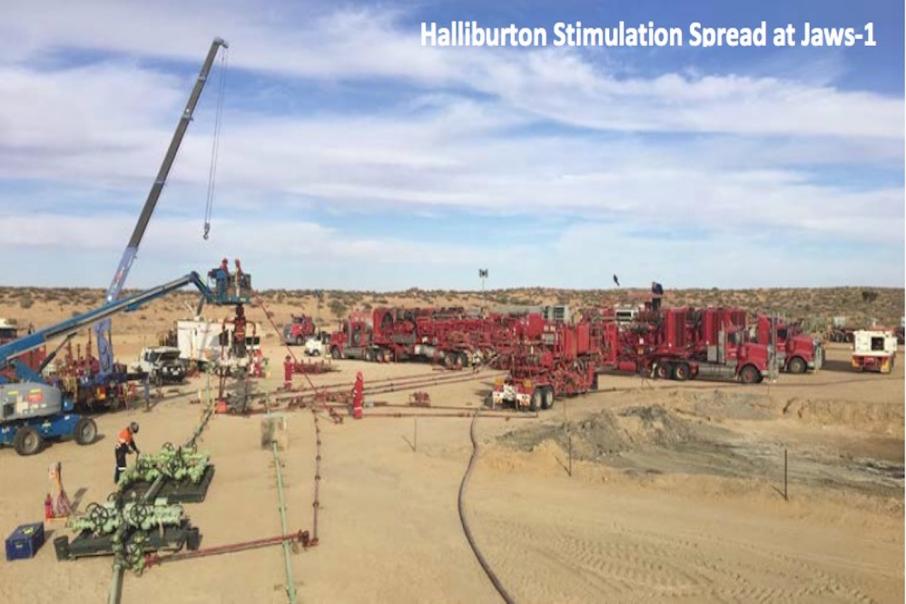 Strike Energy is on the verge of flowing coal seam gas and plenty of it from what is most likely the deepest coal seam gas well ever drilled in Australia.

All eyes have been on the company for weeks now as it attempts to flow gas from a coal seam that is around 2km underground in South Australia.

Yesterday Strike announced it had successfully completed the all important fracture stimulation phase of the well and the market reacted accordingly, with Strike shares finishing the day at 9.8c a share, representing a 30% premium to Fridays close.

The company is now teetering on the verge of unlocking a vast new eastern states gas resource that Strike has previously said could be as much as 11TCF of gas.

In an update to the ASX yesterday, Strike reported that Halliburton had successfully completed the seven-stage fracture stimulation of the Jaws-1 well. This included five indirect vertical fractures, a technique that has not previously been used in Australia.

The targeted amounts of proppant, a sand-like material that is forced into fractures to keep them open, were placed in all seven stages. Stages 6 and 7 each took almost 70 tonnes of proppant.

Jaws-1 is a make-or-break well for the Southern Cooper Basin Gas Project and is now increasingly looking like it could be the making of Strike Energy.

The project is targeting thick coal seams at depths far below standard depths of up to 700 metres, however Strike’s technical work shows that successful fracture stimulation of Jaws-1 could release huge volumes of gas.

In this week’s update, Strike reported that all fractures had excellent fracture height growth through the Vu Upper coal seam and penetrated extensively in a perpendicular direction from the well bore.

Data from sophisticated downhole instruments is now being analysed to update the market on the total volume of coal that has been stimulated.

The company said: “The evolving partnership with Halliburton on the Jaws project and the most recent stimulation has been hugely successful and Strike has been able to leverage off Halliburton’s world-class expertise.”

The last remaining step is to test the gas flows from Jaws-1 after completing clean-out operations and the installation of electric submersible pumps. The project is expected to come online in early to mid-July.

The results will be watched closely not just by investors but also by a horde of energy industry players and authorities who are anxious to find solutions for the looming gas shortages and painfully high prices being experienced on the east coast.