Strike Energy has added a new Jurassic sand sequence target that could host about 7.2 million barrels of oil to its upcoming West Erregulla-2 well in the North Perth Basin, WA, which will be drilled in the second quarter of 2019. A success at West Erregulla-2 has the potential to re-value the adjoining acreage to the south and east that were part of the UIL Energy acquisition late last year. 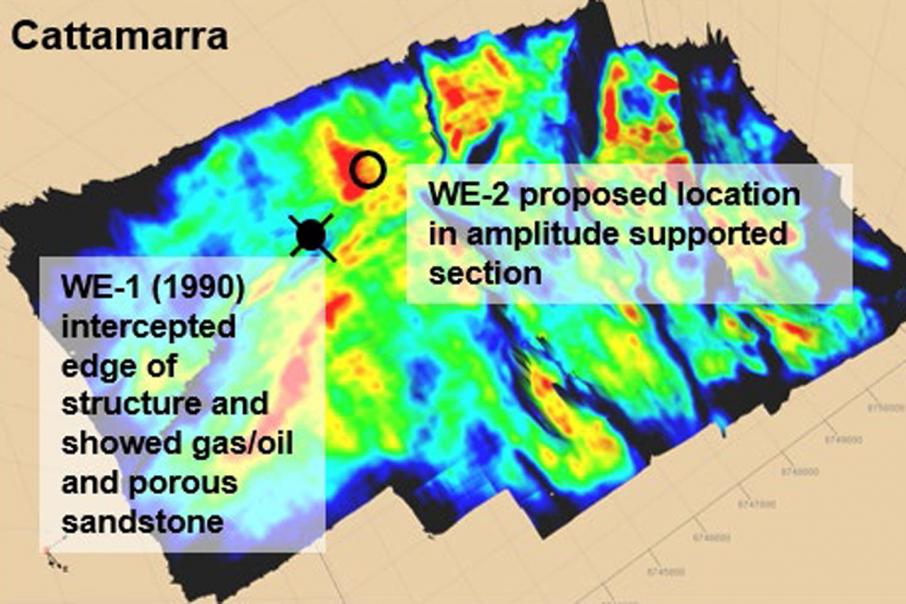 The new tertiary Jurassic sand sequence is located in the Cattamarra Coal Measures formation before the primary Kingia-High Cliff target and the secondary basal Wagina target.

This Jurassic sequence was intersected in the Erregulla-1 and West Erregulla-1 previously drilled in the 1970s and 1990s.

Significant oil and gas shows were recorded at both wells while drilling through the Cattamarra Coal Measures with the Erregulla-1 well flowing 23 barrels of oil to the surface during a drill stem test.

Recent reprocessing of the West Erregulla 3D seismic survey indicated that the upcoming West Erregulla-2 well would intercept a high amplitude section of the Jurassic anomaly, which is indicative of hydrocarbon filled porosity.

This interpretation compares with the West Erregulla-1 well that intersected the edge of the structure.

Management said the Jurassic Cattamarra Coal Measures target could host best estimate gross prospective resources of about 7.2 million barrels of oil based on the reprocessed seismic and data from offset wells in adjacent fields.

Strike plans to drill West Erregulla-2 in the second quarter of 2019. It estimates a 14% chance of making a commercial oil discovery in the Jurassic target.

The Kingia-High Cliff target has a 69% chance of hosting commercial gas resources while the basal Wagina formation has a 12% chance of success.

Strike has a 50% operating interest in the EP469 joint venture with Warrego Energy holding the remaining 50%.

Managing Director Stuart Nicholls said: “The further analysis and identification of a material standalone oil target in the Jurassic sequence of the WE2 well path provides additional resilience for a successful outcome for the joint venture.”

“The West Erregulla-2 well …. has the potential to materially re-value the adjoining acreage to the south and east which Strike holds 100% of via its corporate acquisition of UIL Energy late in 2018.”

The recent acquisition of UIL increased Strike’s exposure to the Perth Basin more than 3000 square kilometres.

Notably, UIL’s three northern permits are believed to potentially contain an extension of the Kingia-High Cliff sands that are the main target at the West Erregulla prospect.

West Erregulla-2 has multiple, direct hydrocarbon indicators and is located right next to existing gas transport infrastructure including the two major gas transmission pipelines in WA.

This allows for the rapid commercialisation of a successful gas discovery.