Strike Energy has moved into the coveted Northern Perth Basin oil and gas post code in a deal with Warrego Energy on a block that looks a little like the huge Waitsia gas discovery located just 16km away. Strike will become the operator and 50% owner in the block that is very close to Australia’s largest onshore gas discovery in 40-years. 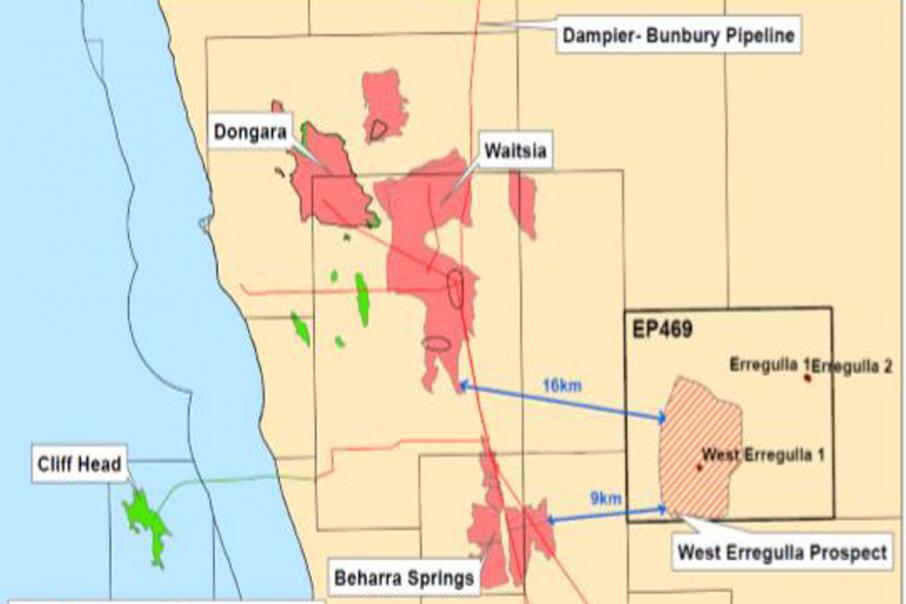 Strike Energy has acquired a share of some mouth-watering, on-shore oil and gas acreage in a highly-coveted part of the Northern Perth Basin located just 16km from the celebrated Waitsia find- a headline act discovery which turned out to be a cash cow for AWE Limited shareholders.

Discovered in September 2014, AWE’s Waitsia field is regarded as the largest onshore conventional gas discovery in Australia for the last 40 years and according to AWE, has the capacity to supply approximately 10% of Western Australia's domestic market needs.

In a market update late last week, ASX-listed Strike said it had locked down a 50% interest and the operatorship of the new gas play with proximity to Waitsia from Warrego Energy.

Strike said it will form a joint venture with Warrego for further exploration, appraisal and development in a piece of real estate that contains a top tier analogous prospect to the nearby, record-breaking Waitsia discovery.

Within weeks of AWE announcing late last year that Waitsia –with its 500 plus petajoules of reserves – had achieved one of the highest onshore flow rates in the history of the Australian oil and gas industry, the company was in the middle of a takeover tug of war between Chinese and Japanese corporations.

Waitsia sent AWE’s shares soaring from around 45c in mid-October to a peak of $1 in January this year, increasing its market cap by hundreds of millions of dollars in the process.

Japan’s Mitsui has offered AWE shareholders $0.95 per share and AWE has recommended acceptance of the Japanese bid before it expires on the 6th of April.

With AWE shareholders in a celebratory mood, Strike Energy is chomping at the bit to replicate its success at Waitsia. Strike said the deal will see it fund Warrego’s share for one exploration well in an underexplored block located within an evolving petroleum system.

Strike said 3D seismic within the yet to be intersected Kingia-High Cliff sequence had “yielded an extremely attractive, top tier, conventional structure in a combined dip and fault closure.”

The company added that “The presence of material hydrocarbons is indicated by structurally conformable amplitudes and associated flat-spots.”

“Subject to confirmation from additional model calibration, the Kingia-High Cliff sands are believed to be present with thickness and porosity development that is interpreted to be similar in quality to that in the adjacent Waitsia gas discovery.”

Strike’s confidence that the prospect could potentially be large enough to support a stand-alone development is boosted by its close-proximity to the Dampier to Bunbury Gas Pipeline that will facilitate a simple and cost-effective pathway to market for any commercial hydrocarbons that are extracted.

Three exploration wells have already been drilled within the license that flowed oil and gas to surface. Strike said this had been validated by independent oil and gas advisory firm RISC. The permit currently has a 2C gross contingent resource of 71 BCF from within the DongaraWagina formation.

Strike Managing Director Stuart Nicholls said: “It is an exciting time for Strike to enter the northern Perth Basin with a prospect analogous to the recent high profile Waitsia discovery. Major corporate transactions and exploration activity continue to bring attention to this heavily underexplored petroleum system.”

“The West Erregulla block (EP469) contains an onshore conventional gas prospect that can utilise existing infrastructure and that is near to end users. This coupled with the huge domestic and export gas demand in W.A. are the makings of a commercially successful gas project.”

Strike remains committed to the development plan outlined for the Southern Cooper Basin Gas Project and believes the addition of this opportunity provides the portfolio with further resilience and access to potentially transformational gas supplies in both Eastern and Western Australia.”

Warrego Energy Managing Director Dennis Donald added: “We are delighted to be working with such a competent and technically driven partner in Strike. After assembling the excellent quality data set over the West Erregulla block it is exciting to begin well delivery preparations. Warrego looks forward to bringing this top tier gas asset to the attention of its European and global investment audience at a time of increased gas demand.”

Subject to due diligence, under the joint venture agreement, Strike will pay Warrego a AU$350,000 fee at settlement and AU$250,000 prior to the start of exploration operations before the 1st of January 2019.

Within 24 months of commencement of the joint venture, Strike will fund 100% of the cost of drilling and completing one exploration well and carry related geology and geophysics studies and general expenses to a maximum of AU$11,000,000.

Strike has plenty going on right now with an announcement expected sometime in the next month about whether or not the company has been successful in drilling Australia’s deepest coal seam gas well at over 2km deep in the Southern Cooper Basin in South Australia.

The size of the prize for Strike at that project is potentially enormous at 11 TCF of gas.

If Strike can find anything that even remotely resembles Waitsia in the Northern Perth Basin and the coal seam gas play in South Australia comes off, then the John Poynton chaired ASX junior will have successfully muscled its way into the room with the biggest and best of the Australian oil and gas sector.