Fresh from its technical successes in the Cooper Basin, Strike Energy has put its technical skills to work again to reveal a stunning analogue of the coveted Waitsia gas field in the North Perth Basin. Strike reported that detailed technical studies at its newly acquired West Erregulla project, just 16kms southeast of Waitsia, shows a potential gas resource of up to 1.24 trillion cubic feet. 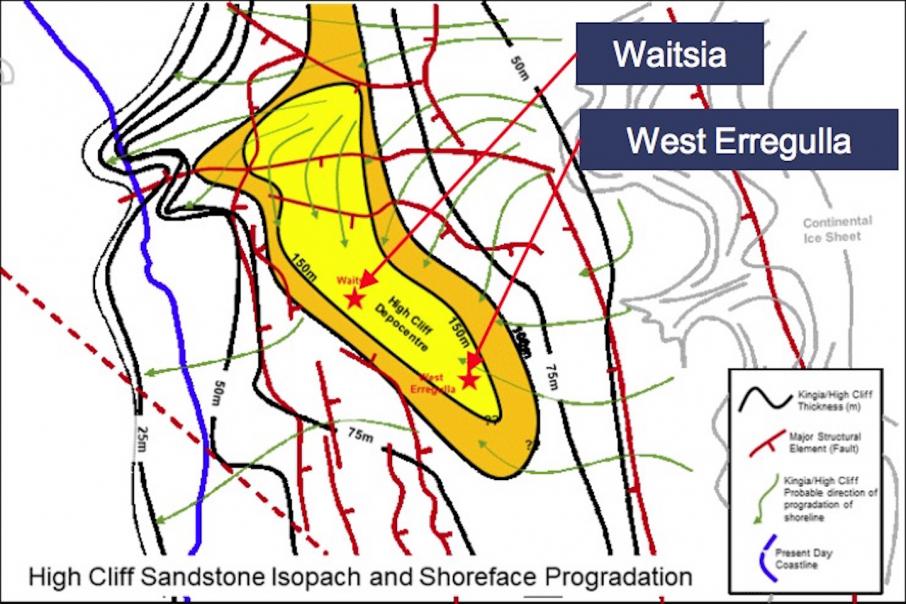 Strike Energy has turned a few heads in the tight knit Australian oil and gas community after releasing an impressive technical presentation that makes the case that its newly acquired, on shore oil and gas project north of Perth is potentially a lookalike of the nearby Waitsia gas field, Australia’s biggest onshore gas discovery in 40 years.

In a release to the ASX this week, the company announced it had completed the acquisition of a 50% stake in and operatorship of the project under a deal with Warrego Energy, announced on the 28th of March. Warrego retains a 50% stake.

At the time, the underlying permit had an unremarkable 2C contingent resource of tight gas of 71 billion cubic feet (Bcf) of gas, which was defined entirely within the Dongara-Wagina formation.

In this week’s update, Strike Energy reported that its detailed technical work had identified a much larger conventional gas target in the deeper Kingia/High Cliff sandstones – the same units hosting the Waitsia field up the road.

The company has calculated a best estimate prospective resource of 884 Bcf on a 100% basis, with a high end estimate of a whopping 1.24 TCF. By comparison, Waitsia’s gross 2P reserves stand at 777 Bcf after an 80% increase in December.

Under the farmin deal, Strike will carry the cost of one exploration well, and it is wasting no time getting a rig into the field. The joint venture partners plan to drill West Erregulla-2 late in the March quarter.

Strike Energy Managing Director, Stuart Nicholls, said: “Strike is excited to have completed the EP469 transaction and to form a joint venture with Warrego Energy. The technical work done to date by Igesi Consulting and Strike shows an extremely attractive Waitsia analogue within EP469.

"The target displays conclusive attributes that give rise to very high confidence in a positive geological outcome. We believe the size and quality of this prospect is analogous to Waitsia and lends itself to becoming a high priority activity for Strike.”

Much of the impressive technical work at West Erregulla was carried out by international petroleum explorers who recently retired from Nicholls’ former employer, Shell.

Interestingly, the high quality of technical work has also been pivotal at Strike’s Southern Cooper Basin Project, where the recent tentative success of the Jaws-1 well looks set to finally unlock the potential of a gas resource that could have a material impact on the tight east coast gas market.

West Erregulla is exquisitely positioned in terms of infrastructure too, with the nearby Bunbury to Dampier pipeline providing a direct link to the tightening domestic gas market and even to the LNG projects in the north of the state.

In this week’s presentation, Strike noted that West Erregulla gas could potentially play a backfilling role for the North West Shelf, which is in danger of running low on gas from about 2022. While Woodside is working feverishly on backfilling the North West Shelf from fields in the Browse Basin, there could be an opportunity for Strike to provide short-term supply until the Browse mega-project is ready to go on-stream if it can unearth an economic resource at West Erregulla.

The idea of an onshore WA field as backfill for LNG seemed impossible just six months ago before the Waitsia discovery, however such is the size and quality of the new field that surrounds the Waitsia find.