Strike Energy has confirmed that it has made a significant conventional gas discovery in the Wagina sandstone of its multi-target West Erregulla-2 well in the Perth Basin, Western Australia. Notably, the well has yet to intersect the secondary target Basal Wagina sandstone and will now be finished before drilling resumes towards its total planned depth of 5,200m to intersect the Basal Wagina and primary target Kingia-High Cliff sands. 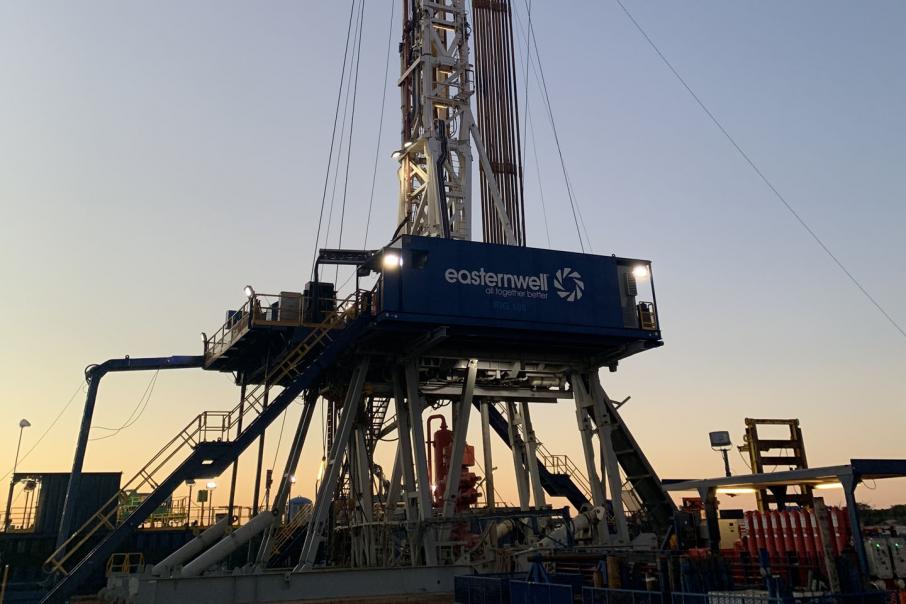 The game is well and truly on for Strike Energy after confirming that it has made a significant conventional gas discovery in the Wagina sandstone within its multi-target West Erregulla-2 well in the Perth Basin, Western Australia.

However, the real bonus for the company comes from the wireline logging data, which indicates that the well has yet to intersect the actual Basal Wagina sandstone that is the formal secondary target for West Erregulla-2.

Additionally, the second intermediate well section where the discovery is located was finished without observing the end of the Wagina sandstone, indicating that there is potential for further Wagina sands to be intersected.

The Wagina sandstone is interpreted to have a gross section of about 74 metres that is made up of sections of clean sand, though poor hole conditions meant that logging could only confirm a minimum net pay of 2.5m at the top of the formation with porosities of 14.2%.

Permeabilities, pressures, fluid samples and cores were unable to be retrieved due to the condition of the well bore.

Management said the combination of observed gas at high pressure and good reservoir characteristics support the potential for high flow rates on a production test.

The result also supports the ability of the company’s subsurface model to accurately predict hydrocarbons and porosity.

Strike now plans to finish the second intermediate section before continued drilling to its total planned depth of 5,200m to intersect the Basal Wagina and primary target Kingia-High Cliff sands.

Managing Director Stuart Nicholls said: “This is a significant discovery and comes from a secondary target which carried a low pre-drill probability of success. Importantly, it provides further confidence in Strike’s predictions of good porosity development within Permian reservoirs being possible at depths greater than that of Waitsia and to the south-east.”

“With good porosity trends continuing with depth, Strike believes that it is on track to find a good quality reservoir within its primary target in the Kingia-High Cliff.”

“With the primary target remaining to be drilled and potentially even more Wagina to come, this is a very exciting time for the company.”

West Erregulla-2 is located within EP469, which is held equally by Strike and Warrego Energy, and primarily targets the Kingia-High Cliff sands that are of a similar size and nature as the nearby Waitsia gas discovery.

Waitsia, which is held by fellow Australian company Beach Energy and Japan’s Mitsui E&P, is one of the largest onshore conventional gas discoveries in Australia.