The wait is almost over and the anticipation is palpable. John Poynton chaired Strike Energy’s historic Jaws-1 appraisal well is steaming seamlessly towards completion in the Southern Cooper Basin as the company attempts to prove that coal seam gas can be accessed economically at previously unheard of depths. An interconnecting horizontal well will now be subjected to a seven-stage hydraulic stimulation program. 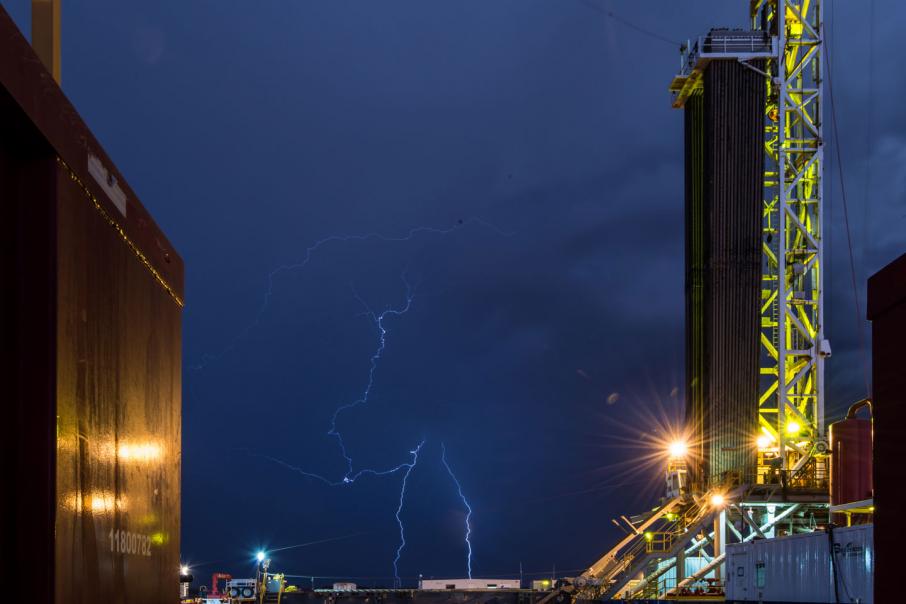 The wait is almost over and the anticipation is palpable.

Strike Energy’s historic Jaws-1 appraisal well is steaming seamlessly towards an anticipated flow-testing crescendo in the Southern Cooper Basin as the company strives to prove that coal seam gas can be accessed economically at previously unheard of depths.

Twenty four days after spudding - and just 13 days after hitting a target depth of 2,164 metres – the company said in a market update this week that the initial vertical well had been cored, cased and cemented.

The John Poynton chaired explorer also reported that pressure core samples from the Vu Lower, Vu Upper and Vm3 coals pay zones had been retrieved and sent to the Weatherford laboratory in Brisbane for analysis.

In the update, Strike said, “After completion of final logging and sampling, Strike ran in and cemented the 7” casing including the fibreglass tail pipe ready to be intercepted by the Jaws-1 horizontal well later in the campaign.”

With the vertical well now suspended, Strike said a temporary wellhead was in place to enable magnetic ranging equipment to be run to assist interception with the horizontal well at a later stage.

The powerful Ensign 965 drill rig is now in the process of being moved to spud the horizontal well that is planned to intersect the vertical well before being hydraulically stimulated to produce coal seam gas.

The Jaws-1 project remains on track to be completed in April in readiness for the main event which is a seven-stage fracture stimulation over 800 metres. The potential prize for Strike is a massive 11Tcf of gas which could have the effect of catapulting the $71m market cap company out of the ranks of ASX juniors.

Strike has contracted giant global oilfield services company Halliburton to drill Jaws-1, which is the first pure coal seam gas well of this depth in the southern hemisphere and one of the deepest in the world. Up until now, coal seam gas wells over 2000m deep have only been drilled in Alberta, Canada, and Colorado, in the United States. Most typical Queensland coal seam gas wells tend to tap out at around 500m to 700m in depth, however Strike says that its gas deposit is sitting at the bottom of a unique “saddle” type geological formation that is not subject to the usual project killing pressures of coal seam gas pay zones at these depths.

If Strike can get gas to flow at these depths the pay off will come thick and fast given Jaws-1’s unusually thick pay zone reservoir of 35m, approximately six times larger than a typical Queensland coal seam pay zone of around 5m.

Strike, as operator of the project, has a 66.67% stake in Jaws-1 with Energy World Corporation holding the remaining 33.33%.