With the bulk de-watering phase now complete, Strike Energy is carefully managing drawdown at its historic Jaws-1 super-deep coal seam gas well in SA with gas flows expected to start soon. it’s a case of softly softly for Strike who is methodically seeking to prove its theory that coal seam gas can in fact be accessed economically from over 2km down hole. 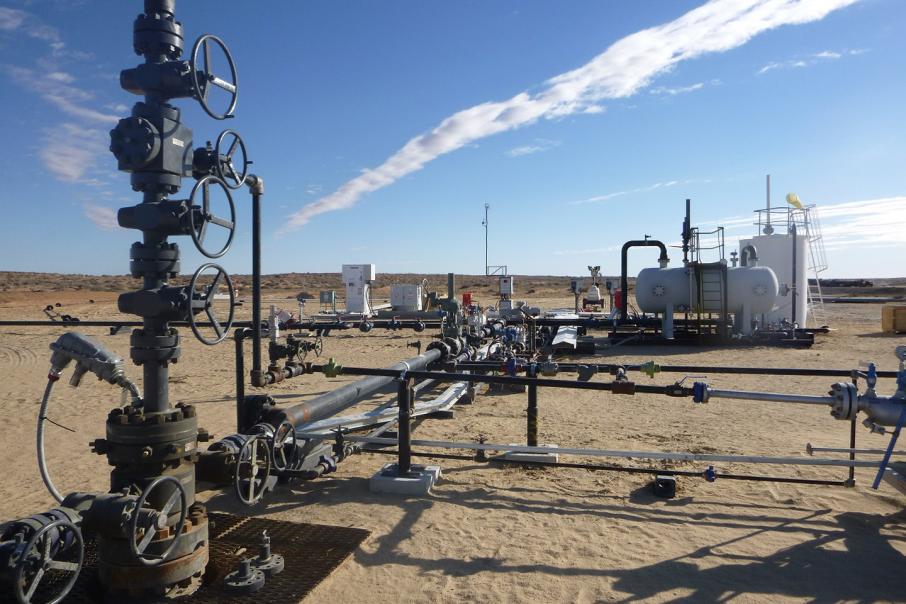 It’s a case of softly softly and so far so good for Strike Energy who has not yet put a foot wrong in its quest to prove that coal seam gas can be accessed economically from coal seams that are buried over 2km deep.

The small cap ASX listed company is now rapidly closing in on its all important goal of producing gas economically from the potentially game changing Jaws-1, super-deep coal seam gas well in the Cooper Basin in South Australia.

Strike said the bulk de-watering phase is now complete after water production reached a plateau of between 1,400 and 1,500 barrels per day.

Bottom hole pressure has been reduced by 65% and Strike has moved operations into a restrained drawdown as Jaws-1 approaches its gas desorption window.

The rate of pressure change in the well bore has been reduced to only a few PSI each day as the reservoir response is carefully monitored to optimise the potential long-term productivity of the well.

Water production has now stabilised at between 800 to 900 barrels per day and early gas release has been evidenced according to management..

Strike said this is consistent with the results expected from the Klebb area and it points to a positive relationship between the incremental permeability changes of the coal and the pressure differential between the reservoir and the well bore.

This is another tick on the checklist to gas production given that the company proved late last year that the targeted Vu Upper coal seam at its Klebb-1 well behaved like traditional coal seam gas projects after achieving consistent water flow rates and increasing gas rates.

Strike says it expects further early gas break-out that should build to flare ignition in the coming weeks.

The company will continue the current phase until the wellbore is at the cusp of critical desorption pressure at which time the bottom hole pressure will then be held steady to allow more coal to communicate with the well, ensuring the maximum reservoir area is being accessed for possible production.

According to the company, well performance remains within the expected range for this point in the cycle and Strike is now eying a potential 11TCF of deep coal seam gas in the wider area if it can prove up its theories about the gas being trapped in geological “saddles” that do not exhibit traditionally deal breaking pressures at depth.

Managing Director Stuart Nicholls said: “The results continue to be supportive of our view of the reservoir. The drawdown will advance ensuring the rate of change in pressure of the reservoir is maintained within the optimal window to allow for constant, sustainable and building gas flows once the reservoir reaches its critical desorption pressure.”

Hooking the well into the gas hungry markets of eastern Australia shouldn’t be all that difficult either given the existing gas transport infrastructure in the Cooper Basin.

Strike also has a ready buyer with Orora Limited having an option to purchase up to 4.5 petajoules of gas per year from the Southern Cooper Basin Project for a 10 year period.

All eyes will be on the company as Jaws-1 enters a critical phase that could unlock the gas potential of the deep coals within the project. Watch this space.