Strike Energy has flowed significant, high-pressure gas to surface from the Basal Wagina formation, a secondary target at its multi-target West Erregulla-2 well in the Perth Basin, Western Australia. The company will now subdue the productive formation before drilling ahead to a depth of 4230m before running wireline logs over the entire second intermediate section to fully evaluate the potential of the Basal Wagina. 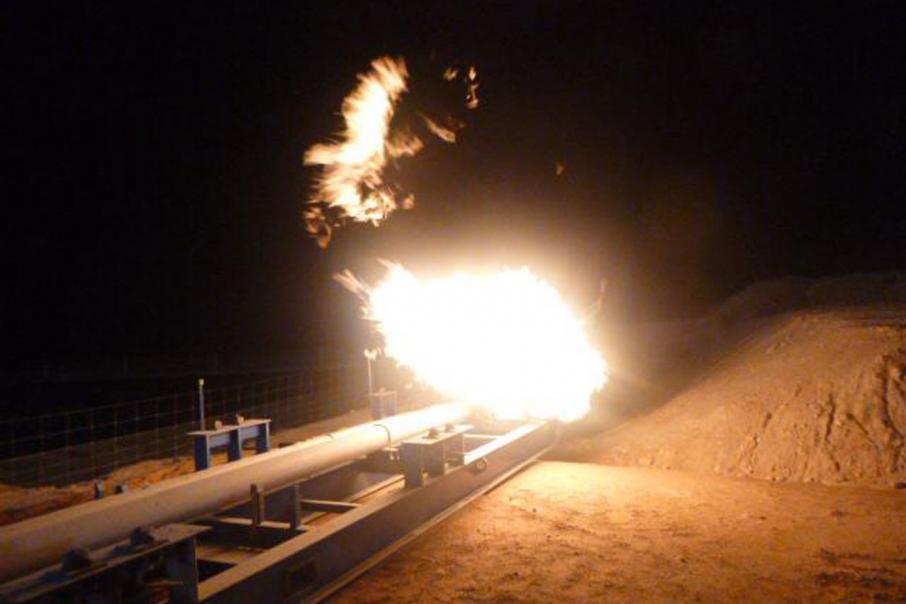 Strike Energy has confirmed the presence of gas in the Basal Wagina formation, a secondary target at its multi-target West Erregulla-2 well in the Perth Basin, Western Australia.

Significant, high-pressure gas started flowing to surface after the top of the Wagina was encountered at a depth of 4102m.

While just 8m of the Wagina has been penetrated, the gas flow has been sufficient to light the flare on the rig and prevent further drilling operations.

The company will now re-balance the West Erregulla-2 well by increasing the weight in the mud system to subdue the productive formation.

Once this has been established and it is safe to proceed, it will drill the well to a depth of 4230m before pulling out and running wireline logs over the entire second intermediate section.

The logs will allow Strike to make a formal evaluation of the Wagina and the shallower Lesueur Sandstone and Woodada Siltstone formations, where hydrocarbon shows were also encountered.

While wireline logs are required to accurately assess the Basal Wagina formation, the continuous flow of gas is a strong indication that Strike is a step closer towards success at West Erregulla-2.

Should the well be declared a successful gas discovery, the company will have a ready buyer for its gas in major chemical manufacturer CSBP, which recently agreed to purchase up to 100 petajoules of gas from West Eregulla at a rate of up to 25 terajoules per day.