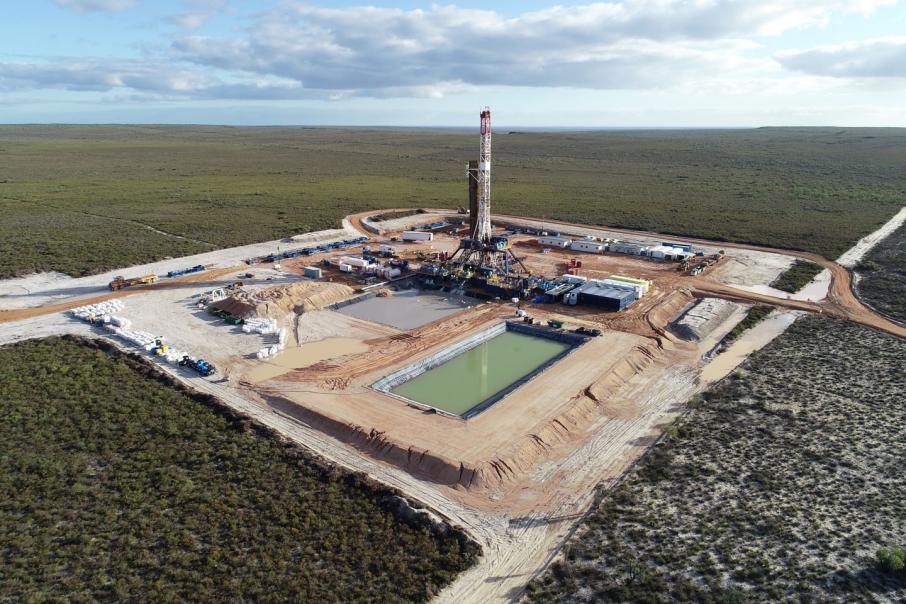 Additionally, cuttings from those sections include clean, coarse-grained quartzose sandstone with good visual porosity, which the company attributed to protective clay coatings.

West Erregulla-2 is currently at a depth of 5,107 metres, which Strike management said made it the deepest well ever drilled onshore in Australia.

The company will continue drilling through the remaining High Cliff formation until the well intersects the Holmwood Shale, which will act as a “pocket” for the wireline logging tools to be run through the High Cliff and Kingia sandstones.

This was interpreted to have good average porosities of 14.3% with high gas saturation throughout the lower section of the formation, which began from a depth of 4,790m.

Management said this result compares favourably with the log data from the nearby Waitsia gas field, where the Kingia sandstones returned porosities of more than 11%.

Before the Kingia discovery, West Erregulla-2 intersected 10.2m of net gas pay with porosities of up to 14% in the secondary Wagina sandstone target.