Strike Energy has started flow testing at its exciting West Erregulla-2 gas discovery well in the Perth Basin where it has identified three separate gas discoveries and possibly the deepest occurrence of hydrocarbons onshore anywhere in Australia. The company has also given an update and provided a strategy to begin unlocking value from the surrounding gas field, with a schedule now developed to produce gas by early 2022 and fast-track cash flows. 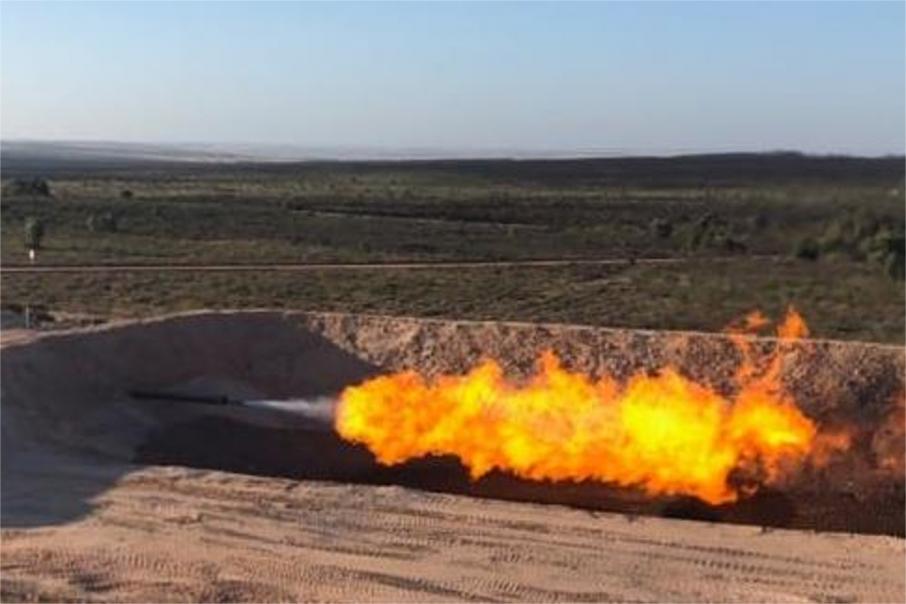 Strike Energy has mobilised flow testing equipment to site at its exciting West Erregulla gas discovery in the Perth Basin and this week revealed that well clean-up activities were progressing with strong gas flows observed as the reservoir pressure was used to unload fluids from the wellbore.

The company said that formal production testing will now commence in the coming days to start gathering critical reservoir information and determine the equivalent open flow rate for future development wells within the exploration permit.

Earlier this week, Strike provided a comprehensive operational update and strategy to begin unlocking value from the West Erregulla gas field, with a staged development schedule now set out to accelerate cashflows and optimise capital expenditures, targeting production by early 2022.

The company said that an analysis of WA’s future gas market supports its view that it is well-positioned for several decades in the Perth Basin and that it will conduct a “high-impact” appraisal of the region, with an exploration campaign now being executed.

Strike is the operator and holder of a 50% interest in the prospective exploration permit EP469 that it holds in partnership with Warrego Energy.

The company said that it is aspiring to become the lowest-cost, onshore conventional gas producer in Australia from its WA-based assets and rates West Erregulla very highly, being a potentially voluminous resource that appears to be of high quality and well-positioned adjacent to existing infrastructure.

Strike has forecast a growing demand from WA’s rapidly developing mineral resources sector and says that the opportunity to utilise more gas in electricity production in the state is a very real one.

The size of the West Erregulla discovery has the company excited about the potential to support a generation of new demand in WA via future chemical, additional LNG and other high-value manufacturing industries that are energy-intensive.

Strike has committed to a further appraisal of West Erregulla, with two new wells to be completed by the end of 2020.

On the exploration front, the Perth based, ASX-listed company is set to take full advantage of its dominant position in the Permian gas-prospective fairway that it controls in the Perth Basin with additional 3D seismic, north and southeast of West Erregulla and 2D seismic into the middle of the broader Dandaragan trough.

The company will then propose an exploration drilling campaign resulting from the interpretation of those seismic geophysical surveys.

Corporately, Strike is building its internal capability quickly too, recently bolstering the company’s board with the appointment of mining and infrastructure leader, Nev Power, who was a driving force in Fortescue Metals’ success during the last decade.

In September, the company completed wireline logging of the West Erregulla-2 well and identified a significant pay zone of conventional gas that it said could potentially support a low-cost development and pave the way for further discoveries at depth within the Perth Basin.

At the time, Managing Director and CEO, Stuart Nicholls said: “The Kingia gas discovery exhibits characteristics of one of the highest-quality gas finds onshore in Australia. With 58 metres of net pay, this makes West Erregulla-2 the thickest net column seen in any Kingia penetration within the basin to date, which is host to the historic Waitsia gas field.”

“The high reservoir pressures and excellent permeabilities are supportive of a significant recoverable gas resource with gas compositions in-line with the neighbouring Waitsia field.”

The upcoming production flow testing at West Erregulla will be keenly anticipated and if ultimately successful, could spark a whole new gas rush at depths not previously seen as viable in the emerging Perth Basin.