Strickland Metals is hammering through a multitude of exploration programs with two rigs on site now at its flagship Yandal project. Promising zinc-lead assay results from a completed soil and rock chip sampling program at Iroquois, near Rumble Resource’s famed zinc-lead discovery in the Earaheedy Basin, are also providing cause for pause. Additionally, Strickland has been undertaking a thorough review of the exploration potential around its Millrose mineral resource. 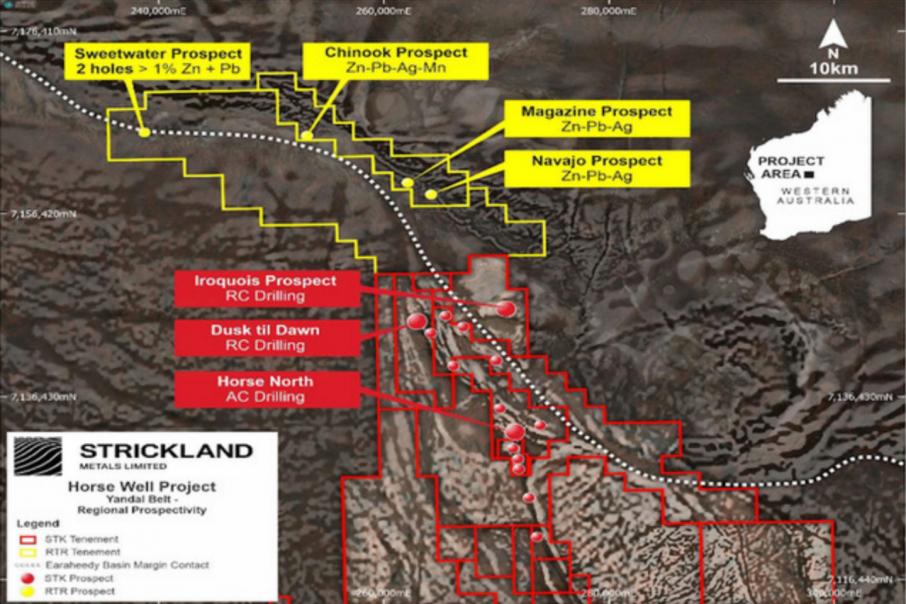 Strickland Metals is hammering through a multitude of exploration programs with two rigs on site now at its flagship Yandal project. Promising zinc-lead assay results from a completed soil and rock chip sampling program at Iroquois, near Rumble Resource’s famed zinc-lead discovery in the Earaheedy Basin, are also providing cause for pause.  Additionally, Strickland has been undertaking a thorough review of the exploration potential around its Millrose mineral resource.

The rig at the Horse North prospect is approximately two-thirds of the way through an expanded 15,000 metre aircore program, while the reverse circulation rig at the Dusk til Dawn gold prospect recently commenced an expanded 8,500m program.

Millrose currently hosts a 346,000-ounce resource and Strickland believes substantial gold ounces can still be added very quickly to the existing inventory. Large areas of gold mineralisation have been intersected in aircore drilling only at Millrose that has not yet been included in past resource calculations

Importantly, the company says the existing mineralisation at Millrose is totally open along strike and at depth.

A soil sampling and rock chip program has been competed at Iroquois which sits on “right” side of the Earaheedy basin margin for base metal mineralisation and is only about 10 kilometres east of the Yandal project gold prospects. Assay results confirm base metals running up to a notable 1.2 per cent lead, 0.58 per cent zinc and 0.17 per cent copper from rock chips across the area. The mineralisation is associated with gossanous material within a north-east trending structure on the contact between a dolomite and chloritic siltstone unit.

Strickland says the soil sample assays demonstrate an extensive lead-zinc-copper anomaly which is greater than 1,000m long. Interestingly, it corresponds with the gossanous rock chip samples. Management says the surface geochemical anomaly is not the main target, but instead is a structural conduit for the mineralised fluids. Given the anomalism from the historic drilling is centred within the dolomite unit, the mineralisation has all the characteristics of a classic “Mississippi Valley Type” lead-zinc ore deposit according to the company. There is also a distinct gravity high anomaly across a greater than 1,000m strike area closely related to the historic mineralised drill intercepts. This could potentially be mirroring the associated sulphide.

The aircore drilling at Horse North has been increased from an initial 10,000m program to a current planned 15,000m program and is targeting a 3km section of the Celia Shear zone that has previously been ineffectively drill tested.

The program is approximately two-thirds complete. The Celia shear structure is clearly defined and notably, there are several north-west secondary structures as well as potential areas of dilation which Strickland says are ideal targets for gold mineralisation. This is the same mineralised structure that hosts the existing Horse Prospect with inferred mineral resources of 148,100 ounces gold.

The area previously received heritage clearance, which meant Strickland was fortuitously able to expedite its aircore program. The drilling is currently being undertaken on a 100m x 200m grid.

The Horse North prospect is part of Strickland’s Horse Well gold project on the north-eastern flank of the Yandal-Millrose greenstone belt in WA’s north-eastern Goldfields. Its project area also takes in Strickland’s Dusk Til Dawn deposit where the rods are currently spinning courtesy of an expanded 8500m RC drill program.

According to the company, mineralisation is completely open at depth and the planned holes will drill down dip from the previous gold rich intercepts.

Between them, Dusk Til Dawn and Horse account for an overall inferred mineral resource estimate for the Yandal project of 5.72 million tonnes grading an average 1.4 g/t for 257,000 ounces of contained gold.

An historic alteration study completed on the first six RC holes drilled across the Dusk til Dawn prospect concluded the prospect consists of a broad, potassic, hydrothermal alteration zone with a gold-bearing inner core that is biotite rich. Importantly, the biotite-pyrite rich potassic altered core is very broad and suggests there was significant historic fluid flow and therefore great potential for a very large mineralised system. Pyrite is usually associated with gold mineralisation.

Strickland views the pyrite as the cause of the subtle gravity high feature at Dusk til Dawn.  Following on from this interpretation, the company has identified several regional look-a-like gravity features along strike that draw strong parallels to Dusk til Dawn. Historic shallow drilling above these features has intersected the same outer alteration assemblage as seen at Dusk til Dawn.

The company will soon release a summary of its planned programs at the Millrose gold project that it recently picked up from Millrose Gold Mines and Golden Eagle Mining for a cool $10 million in staged payments. Millrose is south-south-east of the Horse Well project and also straddles the Celia shear zone and interestingly, is only 30km east of Northern Star Resources’ 10-million-ounce-plus Jundee gold operation that boasts an existing indicated and inferred mineral resource of 6 million tonnes at an average grade of 1.8 g/t for 346,000 ounces of contained gold.

Strickland’s overall gold resource inventory on the north-eastern flank of the Yandal-Millrose greenstone belt now sits at a tidy 603,000 ounces and its tenure in the Yandal region has swelled to almost 2,000 square kilometres. 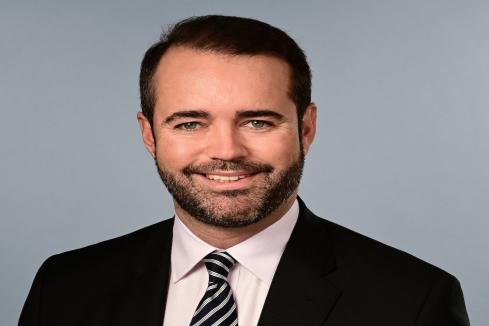 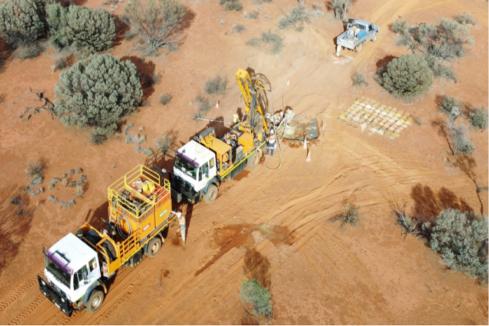