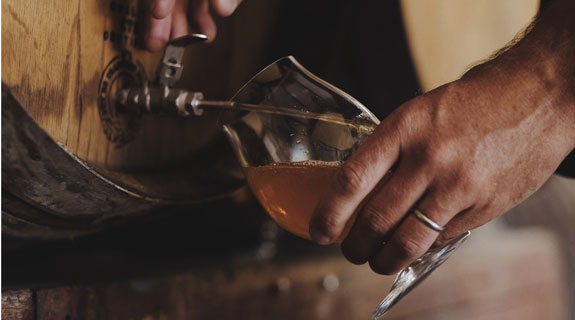 Palmyra’s Gage Roads Brewing Company will wind back the amount of beer it makes for Woolworths' beverages arm, Pinnacle Liquor Group, to capitalise on its fast-growing range of own-branded craft beers.

Gage Roads today announced a three-year extension to its supply agreement with Pinnacle, but it will reduce the amount of beer it supplies the group from 1 million carton equivalents per year in the 2017 financial year, down to 850,000 carton equivalents by FY2019.

Beers brewed by Gage Roads for Pinnacle include the Sail & Anchor range of beers, as well as Castaway Cider.

Gage Roads also brews beer on behalf of fellow WA-based craft brewer Matso’s Broome Brewery, and announced it had extended that agreement for an additional 26 months midway through last month.

Managing director John Hoedemaker said the reduction in volumes to be sold in Woolworths’ liquor stores, including Dan Murphy’s and BWS, would allow Gage Roads to focus on increasing higher margin sales.

The shift in strategy is a major change for Gage Roads, which a year ago said it was seeking to capitalise on its relationship with Woolworths to rebound from a disappointing half-year result, in which its net profit fell by 71 per cent.

Gage Roads reversed that profit drop in the six months to December 31, with its net profit up 147 per cent to $731,084 despite a 6 per cent drop in revenue, compared to the previous corresponding half-year.

The brewer said in February that the profit growth was the result of a targeted shift of its sales mix to growing its higher-margin craft range.

Mr Hoedemaker said sales of Gage Roads-branded beers had grown by more than 86 per cent in the past 12 months, now accounting for 28 per cent of the brewer’s total sales in the year to date.

By 2021, the brewer expects its own brands will make up 70 per cent of its sales.

Mr Hoedemaker said the shift to focus on its own brands was reflective of wider beer market conditions, where sales volumes are steadily diminishing across the board, but consumption of craft brands is on the rise.

For craft beer, research by Aztec Australia showed Gage Roads Brewing was ranked sixth in the Australian market, with a share of around 3.9 per cent.

Comparatively, Lion’s Little Creatures beers make up 10.9 per cent of the craft beer market, while its James Squire brands lead the sector with a 30.2 per cent market share.

“We have a number of established and well-recognised craft beer brands in the market that have enjoyed extremely strong growth and we believe the time is right for us to focus on further growing our craft beer business, which is what we do best,” Mr Hoedemaker said.

To capitalise on the growing popularity of small-batch brews, Mr Hoedemaker said Gage Roads would focus its efforts on marketing its brands in other states, through the expansion of its east coast sales team.

Gage Roads beers are currently sold in around 100 venues Australia wide, which the brewer is aiming to grow to between 300 and 400 by 2021.

“Our strategy is to grow our high-value in-house brands and become less reliant on the contract brewing of mainstream beers as we open up distribution channels in pubs and bottleshops across Australia,” Mr Hoedemaker said.