Straight talk could save budget

The government should be preparing the ground for a tough budget, not shying away from the heavy lifting. 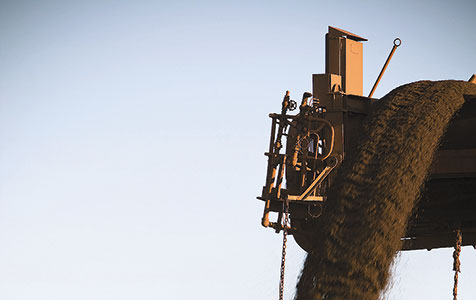 REVENUE: Slowing demand and a collapsing price are hitting the WA and national economies.

The government should be preparing the ground for a tough budget, not shying away from the heavy lifting.

Preparation for next month’s budget by the coalition’s money management team of Tony Abbott, Joe Hockey, and Mathias Cormann should be a breeze.

All that’s needed is to tell voters the cold-blooded truth – the economy’s outlook is nothing short of frightening, with debt and forward outlays skyrocketing, and foreign earnings tumbling (and set to fall further).

Mr Hockey’s budget night address should begin thus: ‘Fellow Australians, the iron ore price has plunged from $US121/tonne when the 2012-13 budget was presented, to $US46.40 this year’s April fool’s day.

However worse has already happened.

Deloitte Access Economics ­director Chris Richardson is reported as saying that if the iron ore price stayed at $US46.40/t, Australia would earn $A3 billion less during 2015-16 than the forecasts included in the mid-year budget ­update in December.

“What we’re now seeing is that commodity prices around the world are going back to normal,” Mr Richardson said.

“That is a big problem for Australia. It’s an old mistake to assume that a boom is permanent.

“In this particular case it was a very large boom and both sides of politics spent a lot.”

But the situation is set to worsen, according to specialist commodity and investment analyst David Archibald, who before relocating to Perth over a decade ago was steel sector analyst for Sydney-based Bain & Co, now Deutsche Bank.

While in that position, Mr Archibald also paid particular attention to trends and developments within BHP-Billiton, the Pilbara, and East Asian steel mills.

In other words, across the entire spectrum of the steel sector, which he still monitors.

According to his latest assessment of Australia’s iron ore sector, carried in Quadrant Online of March 23 (when the iron ore price still hovered around $US60/t), things will markedly deteriorate.

“Some people think that the price will hang around the current level of $US60/tonne,” Mr Archibald wrote.

“But if we look back to 12 years ago, the price was $A39/tonne (in current day dollars), and that was a tight market.

“The Chinese steel producers say that their production will not be increasing from the current level.

“More iron ore supply is coming on from Australia, though. There will be a price response to clear the oversupply.”

Mr Archibald thus concluded that the price is likely to bottom at $A35/tonne, “which is a few dollars per tonne less than what it was trading for in the 1990s in 2015 dollar terms”.

All up that’s a whopping $A9 billion slide in foreign exchange earnings.

The backward and forward ripples caused by the loss of this enormous sum will inevitably be felt across the entire economy during 2015-16 and beyond; and the government’s second budget won’t be immune.

Tens of thousands of Australian households will need to tighten their belts another notch, or two.

The problem with the 2014-15 budget was that Mr Hockey left it too late to warn the nation that the age of entitlement was over, something he should have been saying months before the September 2013 election.

Instead, on election eve, Mr Abbott promised no cuts to the ABC or SBS, and no cuts to health or pensions; he then compounded this short sightedness by promising a Rolls Royce-style paid parental scheme.

Little wonder that when the inevitable happened, meaning that budget cuts needed to be announced, the public felt somewhat misled.

Why the government ignored the cast iron rule that ‘what goes up must come down’ is baffling.

If they’d been a little more astute, they would have avoided a lot of angst during 2014 and would not have had to endure the prospect of losing their ministerial jobs.

Remember, Mr Abbott would not have been alone in losing out if the party room spill motion had got up.

His treasurer and finance minister would undoubtedly have followed if either deputy Liberal leader Julie Bishop or Malcolm Turnbull had taken over.

In the weeks before budget 2015-16, however, falling demand from Chinese steel mills and a freefalling iron ore price have given the government a way out.

Unlike the disastrously sold 2014-15 budget, current conditions give Messrs Hockey and Abbott, Senator Cormann and company the opportunity to take the public with them in terms of the need for cutbacks and austerity.

‘If you ain’t got it you can’t give it’, is the message that needs to go out to the public.

This is a silver lining because a $A9 billion (not just $A3 billion) foreign exchange shortfall can only make the coalition’s second budget sales job easier.