Many in the business community are beginning to question the Liberals’ true commitment to the principles of private enterprise and competition. 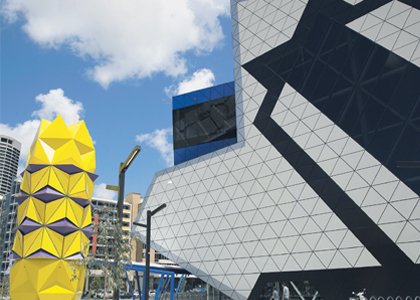 Many in the business community are beginning to question the Liberals’ true commitment to the principles of private enterprise and competition.

NEWS that construction magnate Len Buckeridge is suing the state government for more than $1 billion over the stalled James Point private port development south of Perth is a stark reminder of the difficulties of doing business in Western Australia.

For all its chest beating about working with industry and private enterprise to build important infrastructure, the reality is that the state government likes being in control, especially when it’s looking after its own interests.

There is little doubt the state government is using its planning, environmental and development approval process to play an increasing interventionist role as a de facto economic regulator over private business investment in WA.

Mr Buckeridge, in particular, and his consortium partners faced a political battle to get the project started under the previous Gallop and Carpenter Labor governments over perceived challenges to union control at our ports that emerged after the violent waterfront disputes in the 1990s.

The proponents might have expected a fairer hearing and greater support for their plans under a Liberal government, but that has failed to materialise; the whole issue is now heading to the courts.

The state governments lack of support for a private port shouldn’t have come as a complete surprise, given Premier Colin Barnett’s insistence that the Oakajee port be controlled by the state.

Once the premier had made the call on Oakajee, giving the go ahead to the private port would have been politically questionable, especially given Mr Buckeridge’s strong financial backing of the Liberal Party.

There is some merit in state control over ports because of the high demand for port space and the need to ensure that access and charges remain equitable for all participants.

Critics say that, along with the high costs associated with the Mid West rail network and with mining in the area, another reason for Oakajee’s lack of progress has been the premier’s intervention in the process.

The government’s insistence on the controversial James Price Point gas hub in the Kimberley has also caused problems among the joint venture partners, who have at times favoured piping the gas to the already established onshore facilities in the Pilbara.

There are similar concerns in the community and among business around nearly all of the major projects being undertaken in metropolitan and regional areas.

In the city, major projects such as the Burswood stadium, Elizabeth Quay, and the City Link project are being funded by taxpayers through increased state borrowings, which have ballooned to record levels under the Liberal-National government.

Cost recovery for the state will be partially met by state-owned agencies such as LandCorp overseeing development and then passing on any profits from land and development sales back to the government.

And while the publicity has been generally positive around the opening of the new Perth Arena, the government’s own handling of this project has cost taxpayers hundreds of millions of dollars more than what was originally envisaged.

It’s often forgotten that the original Perth Entertainment Centre, which the Perth Arena has effectively replaced, was built largely by private investment by Michael Edgley in the early 1970s.

Questions have also been raised about the government’s lack of interest in involving private enterprise in the funding of the Burswood stadium, especially as it favours the private business interests of James Packer and his Crown casino group.

The Royalties for Regions program is similarly directing development in regional areas with the promise of taxpayer dollars to help kick-start projects.

The net result over the past four years is that the state government is effectively bureaucratising and, in many instances, unnecessarily politicising private development in WA.

A pattern has developed where the Liberal side of the alliance government is sponsoring its own brand of ‘Borrowings for Big Projects’ in the city as a political counter point to the popularity of the National Party’s Royalties for Regions outside the metropolitan area.

Like the recent Liberal Party internal fighting over deregulation of the wheat industry, many in the business community are beginning to question the Liberals’ true commitment to the principles of private enterprise and competition.

Given the huge costs of developing port infrastructure and the pressures of stalling government revenue, encouraging private investment would, on the face of it, be worth pursuing.

The added competition of a private port, it is argued, would also take the pressure off Fremantle Port and make its operations more cost efficient.

This emergence over recent years of a strong state-based ‘nationalisation’ of major infrastructure projects has been made possible because of high commodity prices and the associated mining investment boom, which has allowed governments to increase borrowings.

It is also politically motivated by the desire of our state-based politicians to ensure that the community feels as though the government is delivering for it the ‘benefits of the boom’, when faced with the downsides of higher cost of living pressures.

However as commodity prices ease and the state’s budget comes under increasing pressure, the sustainability of this approach becomes highly questionable in the longer term.

We only need to look at the difficulties being faced by the Queensland and New South Wales governments as to what remedial actions may need to be taken in the future.

Many in the community have watched the increasing surge in personal and company wealth generated over the past decade and have questioned why those who have benefited, such as Gina Rinehart, don’t contribute more to the needs of the state when they are clearly in a position to do so.

It may well be that the government’s own attitude and lack of imagination, and the bureaucratisation and politicisation of development in the state, is acting as a huge disincentive towards this outcome.

Whatever devil is in the detail of Mr Buckeridge’s claim against the state, it certainly acts as a reminder of how difficult doing business in WA can sometimes be.

• Paul Plowman is a former head of the state government's media office and is currently MD at Plowman & Co, which specialises in business-to-government relations.