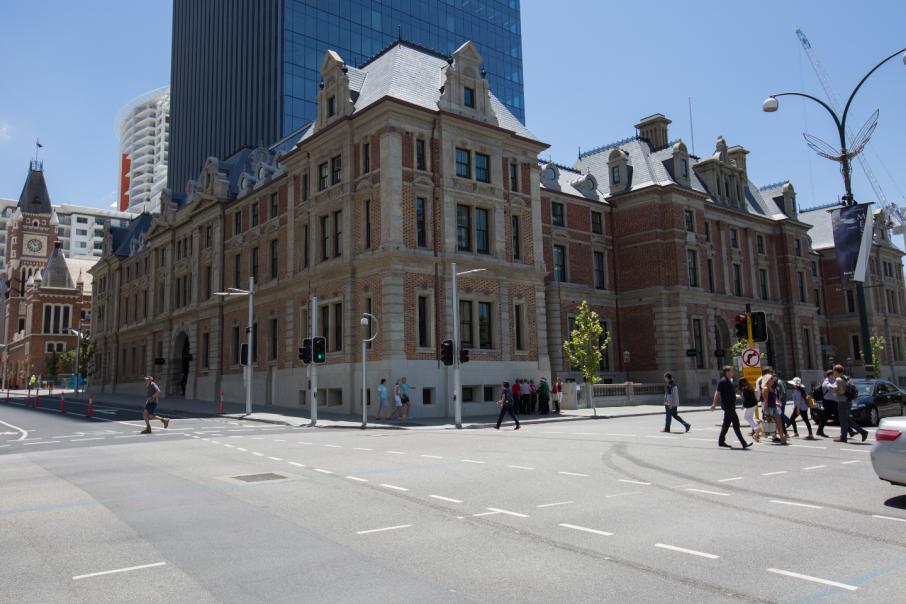 State Buildings was the first new winner of the best venue category since 2013, with Print Hall on St Georges Terrace having led the field for the previous three years.

The annual event, hosted by the Australian Hotel Association and Aon Risk Solutions, celebrates the best of the state’s hospitality industry, with 42 awards presented at last night’s gala ball at Crown Perth.

In addition to the top award, several of State Building’s tenants were commended – Petition Beer Corner was the joint-winner of the presentation and service award (tied with Print Hall), COMO The Treasury hotel’s Post was also the joint-winner of the overall WA restaurant award (tied with Ria Malay Kitchen), and Wildflower was awarded the state’s premium restaurant award, with Wildflower chef Steven Black named Western Australia’s best head chef. The hotel housed at the State Buildings has now won four awards within the past month, adding to its recent international triumph where it was named the second best hotel in the world by travel publisher Conde Nast.

Earlier this year, the COMO was also named the state’s best hotel at the AHA Accommodation Awards and State Buildings took out a top prize at the WA Architecture Awards. Inside the State Buildings

AHA (WA) chief executive Bradley Woods said the future of the WA hospitality industry was bright due to the high level of businesses named as finalists and winners in this year’s awards.

“When it comes to quality, the bar is raised higher every year and judging awards is not easy.

“WA’s hotels, bars and dining venues are playing an ever increasing role in the state’s economy and it’s important to recognise the hard work of the people who make it all happen.”

Katie McDonald was at the award ceremony last night as a guest of AHA.