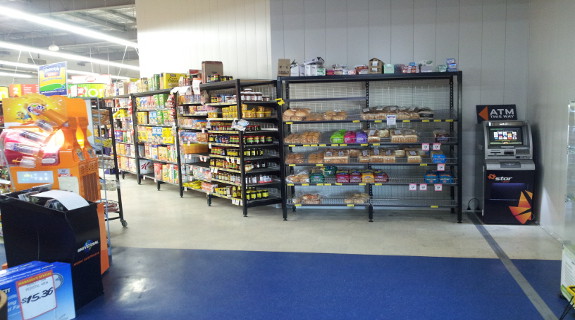 Perth based ASX listed ATM machine operator Stargroup has continued to disrupt the Australian ATM market by signing a 3 year contract to provide ATM machines for the Clipsal 500 motorsport event in Adelaide.

The event, which is owned by the South Australian Tourism Commission and run over 4 days is expected to reap tens of thousands of transactions from about a dozen ATM machines that Stargroup will place on site.

Stargroup CEO and Executive Charmain Todd Zani said “This is arguably the best touring car event in the world and it is full of stalls, food outlets, memorabilia shops and other retail outlets that lend themselves to frenetic ATM activity.”

“Having competed here as a driver, I know that Adelaide becomes a party town with street parties and other forms of entertainment, all of course with a motor sport flavor but the atmosphere of the event is amazing. It flows over to adjacent entertainment precincts due to Adelaide’s unique street circuit thus generating an amazing amount of economic activity.” Said Mr Zani

Last year about 286 000 people attended the event which is administered by the South Australian Motor Sport Board.

The Clipsal 500 is the first round of the ever popular V8 Supercar championship series and was estimated to have generated nearly $40m worth of economic activity for the South Australian economy last year.

Only 3 months ago Stargroup were a private unlisted ATM machine operator but managed to complete a backdoor listing via ASX listed ICash who subsequently changed their name to Stargroup.

The company had no trouble raising the $3.5m required to complete the backdoor listing at 3.5c per share in August and they are currently in the middle of a rights issue.

The rights issue is expected to raise another $3.5m also at 3.5c per share but with free attaching options to fund the takeover of the 109 ATM machine network owned by unlisted ATM machine operator Cash Plus.

Stargroup shares were up today trading at 3.7c.