ASX-listed Stargroup is launching a range of casino technologies targeted at the Australian gambling market that have previously been successfully rolled out in casinos across Asia. The Perth-based company says it is working closely with major Korean ATM machine and casino settlement solution manufacturer, NeoICP, to tailor the gaming solutions for the Australian market. 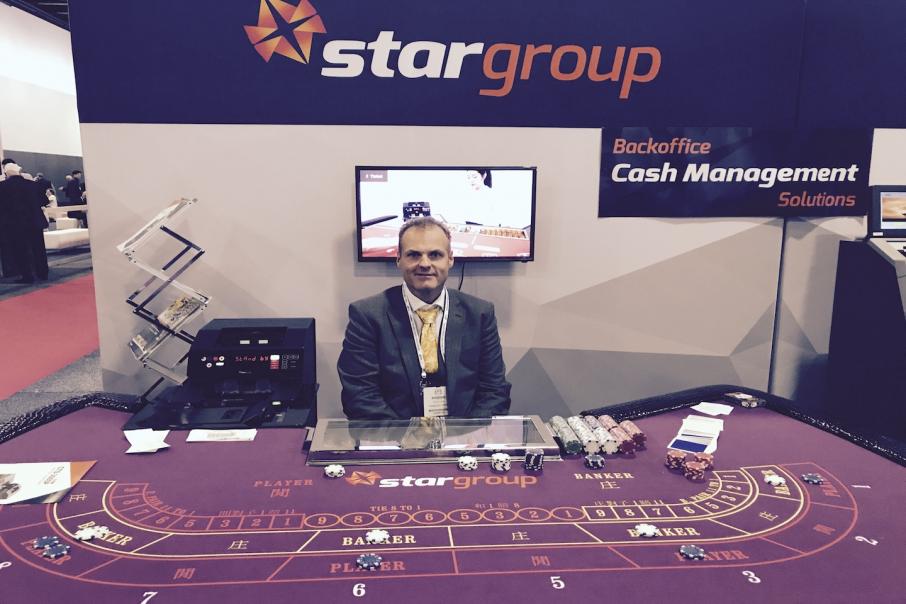 ASX-listed ATM machine operator and service provider Stargroup, will distribute a range of cutting edge casino solutions for the Australian market that have already proved successful with gamers in several big Asian nations.

In a market update this week, Stargroup announced the launch of the technologies, which includes a potentially disruptive casino table deposit solution and several other wagering and foreign currency exchange innovations.

In the update, Stargroup management said the gaming technology, which was formally launched at the Australasian Gaming Expo in Sydney would be manufactured by NeoICP, a private Korean company that is part owned by Stargroup.

The move leverages Stargroup’s 11 per cent investment in NeoICP and opens up a further front in Stargroup’s already considerable product armory.

According to the company, the new casino table deposit solution fully automates the acceptance of up to five different currencies at a gaming table in order to speed up the time taken to distribute chips to punters. It also provides live data to the casino management who can monitor the settlements and performance of each table.

Stargroup also launched a “ticket in ticket out” terminal at the Australasian Gaming Expo.  The terminal, which can accept bulk cash and tickets, is fully customizable, enabling faster cash redemptions for casino operators and its customers than presently available.

Stargroup’s said their foreign currency conversion terminal is also on display at the Sydney gaming expo. Targeted at airports and tourist destinations, it automatically accepts up to four different currencies then converts them into a local currency.

CEO Todd Zani said: “We are pleased to finally launch and display at AGE in Australia some of the advanced technologies that have previously been successfully deployed by NeoICP into casinos in Korea, Macau and a number of other Asian countries.

“We are working closely with NeoICP to tailor these solutions for the Australian market and are excited to announce that we are already fielding significant interest both in Australia and on behalf of other international customers and distributors.”

The launch of the gaming technology comes at an interesting time for Stargroup, which has gone from a minor, privately owned ATM machine operator to a major, ASX-listed and vertically integrated ATM deployment and service company in a relatively short period of time.

Following its acquisition of Indue Ltd’s significant ATM machine servicing assets in May, Stargroup can now settle, switch, process and remotely monitor ATM transactions for industry operators, giving it ownership up and down the ATM machine value chain.

The company generates most of its revenue from its 2,400-plus ATMs under management and has hundreds of its own machines on the streets around Australia.

In addition, Stargroup is an FTPOS market player as a distributor of next generation EFTPOS payment terminals in Australia and New Zealand.

The casino solutions adds yet another string to the bow for the ever expanding Stargroup.