Stargroup’s remarkable transformation from small time ATM machine operator to a totally vertically integrated and ASX listed outfit with ownership up and down the value chain is now complete. The Indue acquistion came with a massive windfall for Stargroup after two large exiting clients agreed to resign and a Sydney credit provider forfeited $325k when they failed to provide financing. 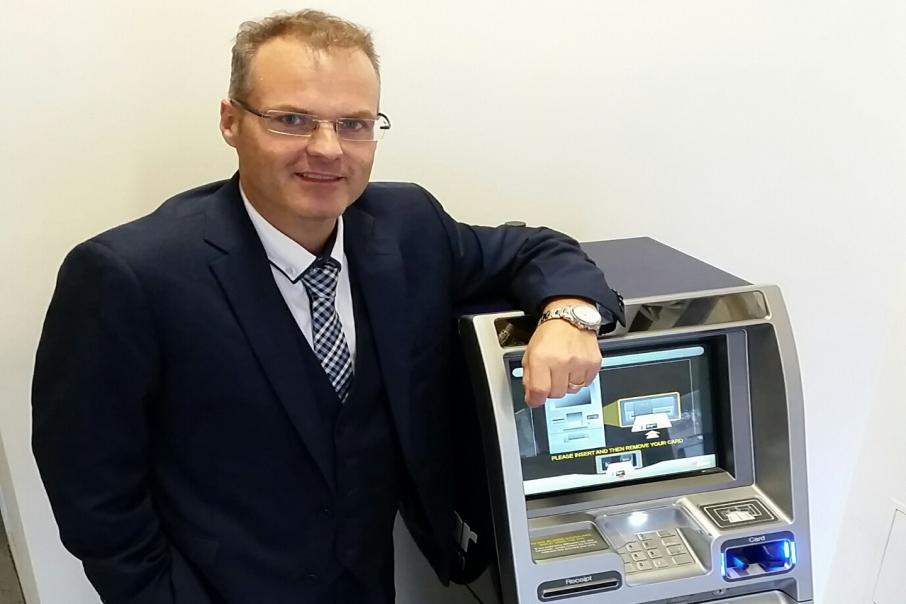 Stargroup’s remarkable transformation from small time ATM machine operator to a totally vertically integrated, ASX listed outfit with ownership up and down the ATM value chain is now complete. The latest chapter in the company’s aggressive growth strategy saw the completion of the acquisition of Indue Ltd’s substantial ATM machine servicing assets last week in what looks to be a well negotiated deal.

After a hiccup with a private debt funder, the company chose to tap investors in an oversubscribed capital raise that put together the last $3.49m required to complete the $6.5m deal at $.028c a share.

Investors will also receive one free option for every share subscribed to with a strike price of $.05c a share.

A large Stargroup shareholder has provided the addition funds required by way of a loan to the group.

The company can now claim to have ownership up and down the ATM machine value chain.

This includes a shareholding in ATM manufacturer NeoICP, a swag of operational ATM’s on the street and now, with the acquisition of Indue’s assets, the company is able to settle, switch, process and wirelessly monitor ATM machine transactions for other operators.

Indue have been providing these services for around 70 independent ATM machine operators and Stargroup originally reported that their top line would increase by  $4.1m and their bottom line would jump by $1.7m post acquisition.

The deal was done at a very reasonable multiple of 3.83 times earnings although Indue had placed no value on over 700 ATM machines owned by two clients that were out of contract and had indicated they were going elsewhere.

Stargroup reported this week however they had managed to retain the two additional clients and even though the acquisition cost remained static, the company would now provide switching, processing and monitoring  services to over 2,400 ATM machines instead of the originally contemplated 1700 units.

They will now process 16m transactions annually instead of 12m and whilst management have not yet estimated the impact of the two retained customers on the bottom line, it would appear that the reported acquisition multiple of 3.83 times earnings will now go from good to great.

According to the company, some key internal costs will now fall by around 15% due to the synergies that will be bolted on courtesy of the Indue acquisition.

Indue’s business also brings to Stargroup a wealth of statistical information about the Australian ATM machine market generally and no doubt some client relationships will result in further acquisitions by Stargroup as they look to continue bolstering their own ATM machine fleet across the country.

Stargroup CEO and Executive Chairman Todd Zani said; “….. we are already beginning to realise additional revenue growth opportunities through engagement with Indue’s client base during our due-diligence process,”

“Although we were required to change strategy during the execution of this transaction, I am very pleased that we have been able to introduce several significant institutional investors to the Stargroup registry during the capital raising process.”

The exquisite part of this deal is that the Sydney based private credit provider who had originally agreed to fund the deal inadvertently stumped up $325,000 towards the purchase price by way of a non-refundable payment to Indue as part of the original financing contract that was later abandoned.