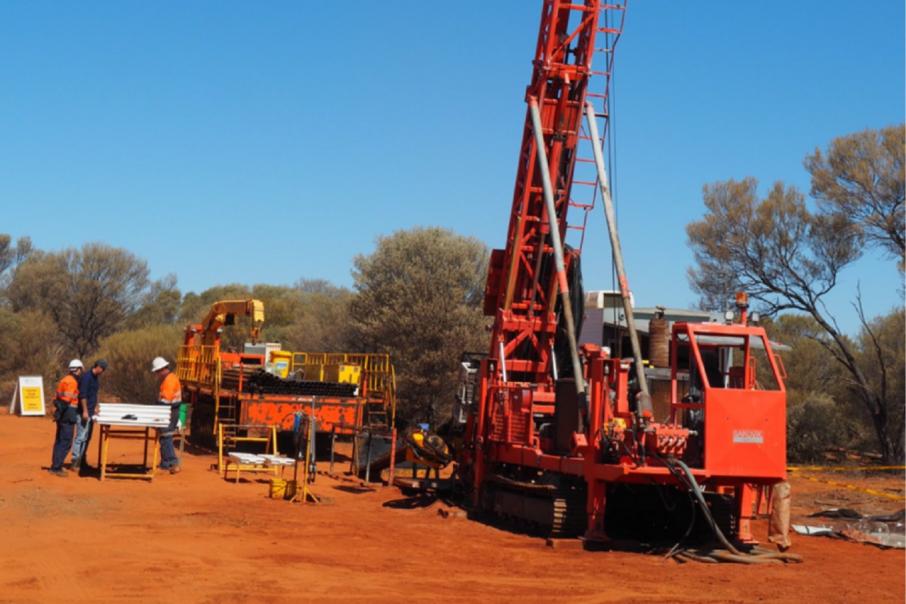 St George has already seen some success with the drill bit after drilling at its Mt Alexander concession returned multiple high-grade nickel sulphide intercepts at the Stricklands, Cathedrals and Investigators prospects, located along some 6.5km of strike within the Cathedrals mineralised belt.

Previous drilling at Investigators returned numerous solid intercepts including 7.86m at 5.7 per cent nickel, 2.1 per cent copper, 0.18 per cent cobalt and 2.65 grams per tonne platinum-group elements from 184m.

The company now reports that drilling at Carnac, to the north of the Cathedrals Belt, has intersected numerous mafic-ultramafic horizons up to 85m thick, reportedly akin to the intrusive-host unit at Cathedrals.

Seven holes were drilled at the prospect to test a magnetic trend that extends for more than 8km of strike.

To the east of the Cathedrals Belt, drilling at Jailbreak has intercepted komatiite ultramafics up to 270m thick.

The drilling was designed to follow-up on previously defined geochemical anomalies and confirm the presence of komatiites, which can be prospective for nickel sulphides according to the company. Drilling targeted an ultramafic belt that lies parallel and to the east of the main Mt Alexander ultramafic belt that also hosts komatiitic ultramafics.

Assay results from both Carnac and Jailbreak are pending.

St George has also expanded a soil survey at Carnac which previously returned anomalous nickel, copper and chromium. Results from the survey and the recent drilling will guide the company’s next steps at the prospect.

At Jailbreak, down hole electromagnetic surveys seeking to identify new nickel sulphide targets for drill-testing are planned for all the drilled holes.

St George Mining Executive Chairman, John Prineas said:“The geology encountered in the drilling at the Carnac and Jailbreak prospects fits the respective geological models that we are targeting in these areas.

The thickness of the prospective units intersected at both Carnac and Jailbreak is very impressive and provide a significant search horizon for potential nickel sulphide mineralisation.

The multiple new exploration targets established across our project tenure – in addition to the high-grade discoveries already made at the Cathedrals Belt – support the potential for Mt Alexander to develop into a major nickel camp with multiple high-grade nickel-copper sulphide deposits.”

St George has also begun smashing out the metres at the Cathedrals prospect as it looks to add to numerous high-grade nickel-copper sulphides hits previously reported.

The company has also launched a seismic survey looking to map the intrusive-host structure to 1.5km below surface at the Cathedrals Belt.

Diamond drilling to test deeper electromagnetic conductors is on the cards once results from the seismic survey are received.

The company recently made a “breakthrough” high-grade nickel sulphide intercept below existing shallower mineralisation at the Cathedrals Belt that returned 11.07m grading 1.58 per cent nickel and 0.71 per cent copper from 342.12m.

St George has been returning plenty of stellar nickel-sulphide hits along the Cathedrals Belt and can now also add new regional prospects at Carnac and Jailbreak to its list of rapidly developing nickel sulphide targets at Mt Alexander.