St George has commenced drilling across 5 EM conductor targets at its Investigators and Cathedrals prospects, 100km west of Leonora in the northern Goldfields of W.A. The company is seeking extensions of high grade nickel copper mineralisation in the area. The priority target is 120m down plunge of a solid intersection of 5.3 metres @ 4.95% nickel, 2.75% copper, 0.16% cobalt and 4.55 g/t total PGE’s. 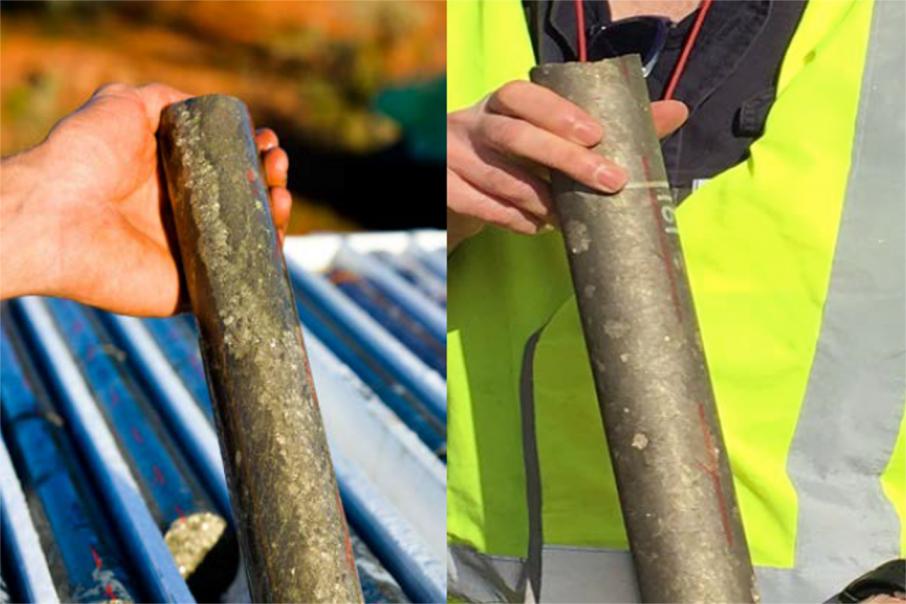 The first phase of the current program will target the EM conductors at the Investigators prospect, which the company says has geophysical signatures consistent with massive nickel sulphide mineralisation.

The strong geophysical responses were reported in June and identified as off-hole conductors by down-hole electromagnetic surveying of recent drill holes completed at Investigators.

St George Mining Executive Chairman John Prineas said: “The conductors at Investigators are excellent targets for massive nickel-copper sulphides and drilling success could see a sizeable extension to the strike of mineralisation.”

“Drilling has started on a single shift basis, ramping up to a double shift over the weekend and continuing on a 24/7 basis. We look forward to announcing initial results over the coming days.”

The company has delineated multiple narrow intersections of shallow nickel-copper sulphide mineralisation across at least 1.5km of east-west strike at Investigators, with down-dip extensions potentially generating a significant increase in the footprint of that ore system.

St George will also target another strong off-hole conductor identified at the Cathedrals prospect, which is located about 3km to the east northeast of Investigators.

That conductor may represent a 35m down-plunge northwest extension of the known mineralisation at Cathedrals, with returned results up to 5.94m @ 1.76% nickel, 0.85% copper, 0.06% cobalt and 1.88g/t total PGE’s from 180.06m down-hole in deeper drilling earlier this year.

The company says that the drilling at Cathedrals will target one of the deepest conductors tested to date at the broader Mt Alexander project, with an interpreted depth close to 140m below the ground surface.

The massive nickel sulphide mineralisation being targeted by St George in the Cathedrals belt at the north end of the larger Mt Alexander project is very unusual and lies east-west, where most nickel deposits in the region generally trend in a north-northwest direction.

Whilst tonnages are potentially modest, grades are very high and the ore mineralisation intersected to date is quite shallow.

This opens up the possibility of open pit mining at the Cathedrals belt, which could be a game-changer for St George, given the lower CAPEX and OPEX requirements of such an operation.

For now however, the company is patiently going about its diamond drilling programs at Mt Alexander, increasing its technical knowledge of the deposits and expanding the limits of the ore system to reach a critical mass of tonnage and grade.

The next few months could prove a masterstroke for St George, if it can continue unearthing high-grade nickel, copper, cobalt and PGE at grades that have already been a hallmark of this very interesting ore system.