St George Mining has made a strong start to drilling at their East Laverton nickel project with drill hits of prospective ultramafic rocks from the first two holes in the program. The new holes have confirmed a western extension of the Windsor ultramafic unit that produced high grade nickel intercepts for BHP back in 2012. St George rocketed up the ASX this month on the back of its Mt Alexander results. 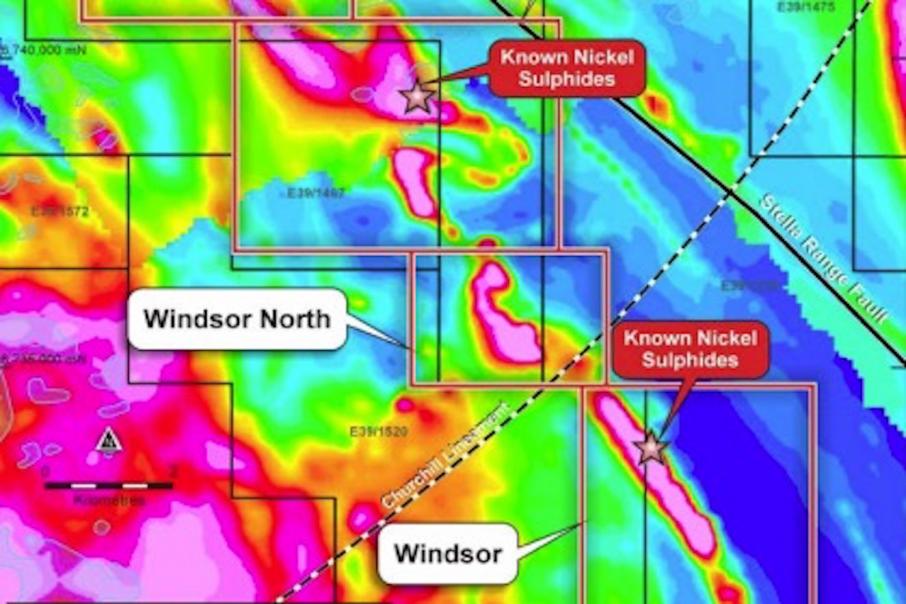 St George Mining’s solid run of exploration results has continued with drill hits of prospective ultramafic rocks from the first two holes in a new program at its 100%-owned East Laverton project.

The Perth-based explorer rocketed up the ASX in recent weeks after stunning nickel-copper drill hits at its Stricklands prospect at Mt Alexander, located to the southwest of the world-class nickel and gold mines of the Wiluna-Agnew belt.

BHP discovered massive nickel-copper sulphides at Mt Alexander in 2008, however the project was under-explored until St George acquired it last year. Innovative geophysics paved the way for some exceptional drill hits, including 10.1 metres with XRF readings of nickel at 5.5% and copper at 2.1%.

East Laverton is another former BHP discovery acquired by St George where it looks like the success formula could be repeated.

The company announced this week the first two holes in a four-hole program at East Laverton’s Windsor prospect had successfully intersected prospective ultramafic rocks and confirmed a western extension of the Windsor ultramafic unit. Both holes were targeted at the Windsor X2 conductor.

St George Mining Executive Chairman, John Prineas, said: “The identification of a western extension of the Windsor ultramafic is a significant breakthrough and opens up a new target area for nickel sulphide exploration which is on strike from where the high tenor nickel sulphides were first discovered by BHP Nickel West in drill hole DRAC38.”

“Drilling will now focus on testing the large EM conductors at Windsor X1 and Windsor X3 – the two best targets in the current drill program. With drilling continuing on a 24/7 basis at both our Mt Alexander and Windsor targets, we look forward to providing more drilling updates over the next two weeks.”