St George Mining is continuing a deep drilling program across its Mt Alexander nickel sulphide project in WA, with a recent diamond hole intersecting 30m of the fertile, basal ultramafic stratigraphy including 6m of disseminated sulphides. Encouragingly, the intensity of the sulphide intercept does not explain the booming anomaly now being targeted beneath the West End prospect suggesting the EM conductor has yet to be properly tested. 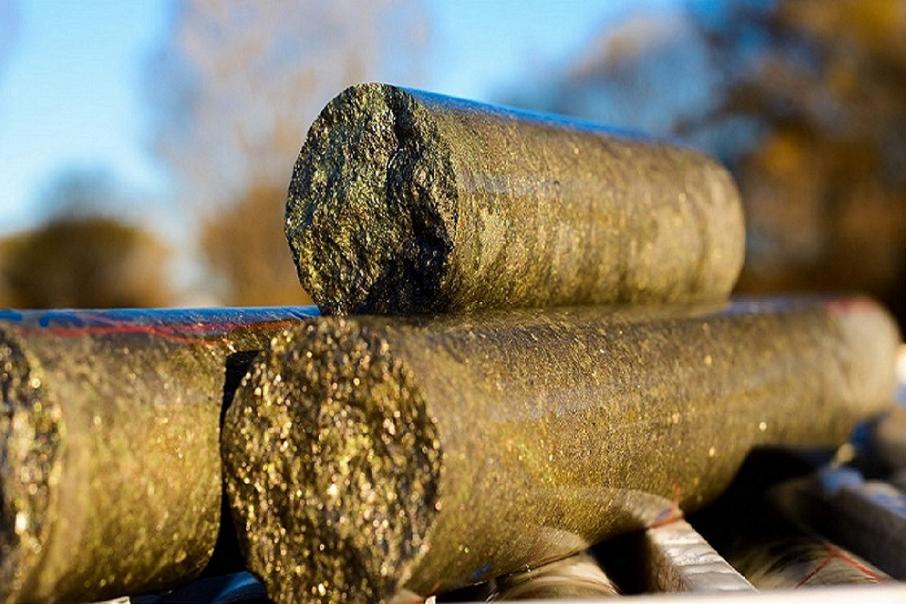 St George Mining is continuing a deep drilling program across its Mt Alexander nickel sulphide project in WA, with recent drilling of an off-hole electromagnetic target interpreted to have clipped the conductor, leaving the main anomaly ripe for additional drill testing. The diamond hole intersected 30m of the fertile, basal ultramafic stratigraphy, with drill core hosting 6m of disseminating sulphides, which although encouraging, does not explain the high-kicking anomaly modelled beneath the West End prospect.

The company’s current drilling program at Mt Alexander is following up on a quiver of deep geophysical targets, with down-hole electromagnetics, or “EM” having lit up conductors along more than 5km of strike. The latest drill hole was designed to investigate a high-kicking anomaly at more than 400m below surface on the Cathedrals Belt.

“Drilling continues to intersect the large intrusive mineral system at the Cathedrals Belt, which we know hosts abundant high-grade nickel-copper sulphides at other points along the strike of the Belt.”

“The mineral system remains open to the west where we are currently drilling to test new and very strong conductors. Significantly, the system is also unconstrained at depth towards the north-northwest down-dip of the system. “

“The results in MAD192 have not altered the interpretation of the presence in this area of very strong EM conductors with the characteristics of massive sulphides. “

“We are confident that ongoing drilling has outstanding potential to deliver another significant discovery of massive nickel-copper sulphides.”

St George’s Mt Alexander project is located in the venerated Eastern Goldfields of Western Australia and lies approximately 100km west of the mining centre of Leonora. The project takes in a large strategic land holding over the emerging Cathedrals Belt where the company’s nickel sulphide discoveries stretch along more than 16km of strike.

The company’s 2020 exploration program has primarily focused on detailed exploration over the Stricklands, Investigators, Fairbridge, and Cathedrals prospects. However, the campaign has changed gears in recent months stepping into a deep drilling program to delineate the host nickel stratigraphy down dip from the near surface discoveries, testing targets across 5km of strike.

Whilst the sulphide mineralisation is in the right position, it is not of a sufficient concentration to explain the booming 49,000 siemens anomaly modelled from the down-hole EM survey. The disseminated sulphides indicate the potential for nearby massive sulphide mineralisation and suggests that the drill hole may have just skimmed the edge of the target. The possibility that the anomaly has yet to be properly tested, provides St George with a second opportunity to test the conductor.

With the company now drilling a 475m diamond hole to the west of MAD192, and the EM survey crew due back on site later this week, St George looks primed to continue testing its deep EM targets across the Cathedrals prospect. The presence of a cluster of untested anomalies at West End presents a tantalising target for the company’s round the clock drilling program. The results of both ongoing drilling and modelling are due in the coming weeks.