St George Mining has entered the next phase of development and drilling at its Mt Alexander nickel sulphide project in Western Australia. A deep diamond drilling program kicked off this week at the Investigators prospect with the collaring of a massive, 800-metre deep hole targeting the depths of the ore system. The company has now completed drilling at the Stricklands deposit with a maiden resource expected in weeks. 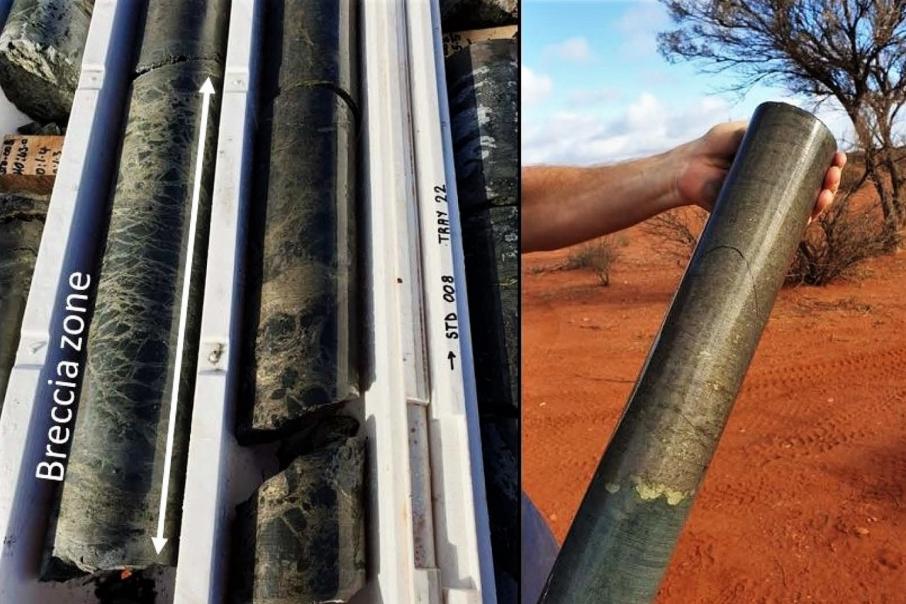 St George Mining has entered the next phase of development and drilling at its Mt Alexander nickel sulphide project in Western Australia. A deep diamond drilling program kicked off this week at the Investigators prospect with the collaring of a massive, 800-metre deep hole targeting the depths of the ore system. The company has now completed 4,600m of shallow drilling at the Stricklands deposit with a maiden resource expected in weeks.

The move onto deeper targets is a change of focus for St George after it achieved considerable success with the drill bit at shallower depths.

The Mt Alexander nickel sulphide project is located in the eastern Goldfields of Western Australia around 100 km west of Leonora. The project takes in a strategic land holding over the underexplored Cathedrals Belt, with St George’s discoveries strung out over more than 16 kilometres of strike which includes the Stricklands, Fairbridge, Radar and Fish Hook prospects.

In recent weeks, St. George’s drilling program has focussed on proving up the high-grade, near-surface nickel resource at Stricklands. The rods have been spinning 24/7 at the shallow deposit since early June with over 4,000 metres of RC and 660 metres of diamond drilling ploughed in just in the last month alone.

Close spaced drilling at Stricklands has defined an envelope of nickel mineralisation over 450 metres long, 50 metres wide and 80 metres deep. Drill and assay data is being pumped through to resource consultants Entech to expedite the JORC modelling of the deposit.

St George Mining Executive Chairman, John Prineas said: “We are very pleased to have completed the resource drill-out at Stricklands as well as the metallurgical holes required for resource development work. These are important milestones for the scoping study into a potential starter mine at Mt Alexander.”

“The thick intercepts of nickel-copper sulphides in the latest met holes are a reminder of the excellent mineralisation that we have at Stricklands.”

The company completed large diameter diamond core drilling at Stricklands to allow metallurgical test work to proceed as part of its developing scoping study for Stricklands. The cores are presently being prepared for test work in Perth and Canada, with consultants XPS looking to develop a flowsheet to produce a nickel concentrate from the Strickland ores.

St George’s scoping study will look at the practicalities of an open pit operation at Stricklands, including mine design and scheduling, with the proceeds of such an operation being utilised to finance the development of the additional emerging discoveries at Mt Alexander.

The development program has now moved on to the Investigator discovery with drilling of the 800-metre-deep hole already underway. This mammoth drill hole is aimed at testing several strong magnetotelluric conductors that showed up in recent geophysical surveys. These conductors are below and to the north of the shallow nickel sulphide discovery at Investigators and may represent the down plunge extensions to the ore system according to St George.

“A second diamond rig is scheduled to arrive at site shortly which will accelerate testing of these new and exciting deep conductive targets.”

The drilling of the 800m deep hole is being co-funded through the WA Government’s “Exploration Incentive Scheme” which will take a bit of the financial pressure of St George as it  crunches its way towards the deepest roots of this evolving nickel system.

St George has played the long game at Mt Alexander but has gathered a dedicated following along the way. With a resource and scoping study for Stricklands now taking shape, the company’s deep drilling strategy will provide an element of blue sky for the company and its followers.