St George Mining has raised $5.7m to underpin its comprehensive exploration programs at the emerging Mt Alexander nickel-copper-PGM project located near Leonora in WA. The company has unearthed more than 30 regional EM conductors for drill testing and several new high-priority targets from down-hole EM surveying in the Cathedrals Belt and many of these will feel the drill bit in 2020, with the new funding now confirmed. 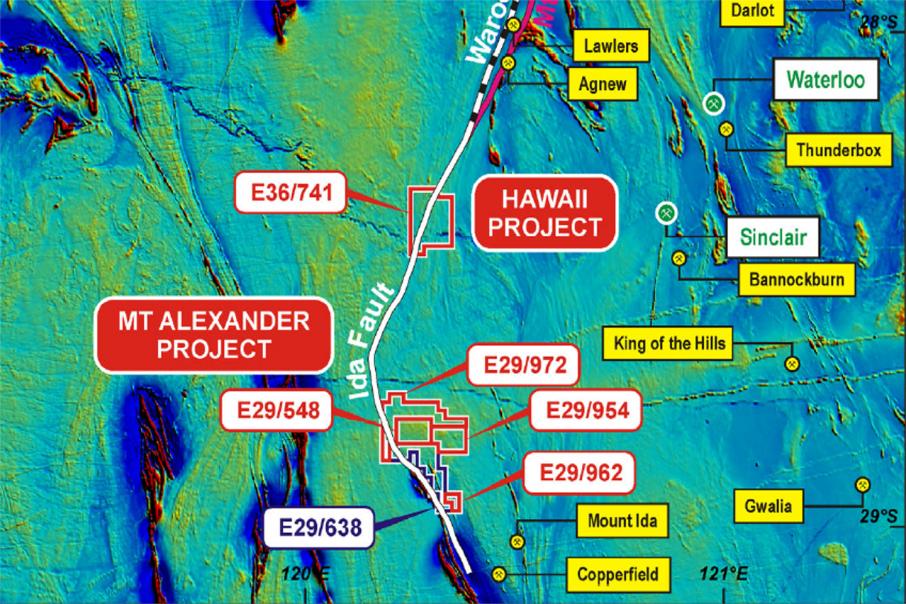 ASX-listed nickel explorer, St George Mining, has rattled the tin and raised $5.7m in new funding to underpin its comprehensive exploration programs at the emerging Mt Alexander base metals project located near Leonora in WA.

The company has been targeting nickel-copper-PGM mineralisation within the extensive Cathedrals Belt for nearly three years and it has already defined an extensive, shallow, high-grade, ultramafic-hosted ore system over 5.5km of strike, with plenty of upside potential to grow this.

St George will kick off a maiden drill program at its new Fish Hook prospect located at the far eastern end of the belt in November, which presents as another opportunity for a greenfields nickel discovery in the district, according to St George management.

Earlier this month, the company discovered high-grade mineralisation at the Radar prospect, with an impressive set of numbers in the discovery hole generating 6m @ 2.14% nickel, 0.74% copper and 1.62g/t PGMs from only 46m down-hole.

St George has unearthed more than 30 regional electromagnetic conductors that have yet to be drill tested and it appears to be defining new high-priority targets at will from its ongoing programs of down-hole EM surveys at Mt Alexander.

With new money flowing in, many of these new exploration targets are likely to feel the drill bit in 2020.

“Our geological model suggests that there may be larger, intrusive‐style nickel sulphide deposits at depth and our additional funding will allow us to expedite further testing of deeper target areas.”