Nickel explorer St George Mining has identified several priority drilling targets at the promising new Fairbridge prospect of its Mt Alexander project near Leonora, WA. The new targets have electrically chargeable signatures that are consistent with sulphide mineralisation and may also be associated with surface nickel-copper sulphide gossans. Drilling at Fairbridge is expected to commence next week. 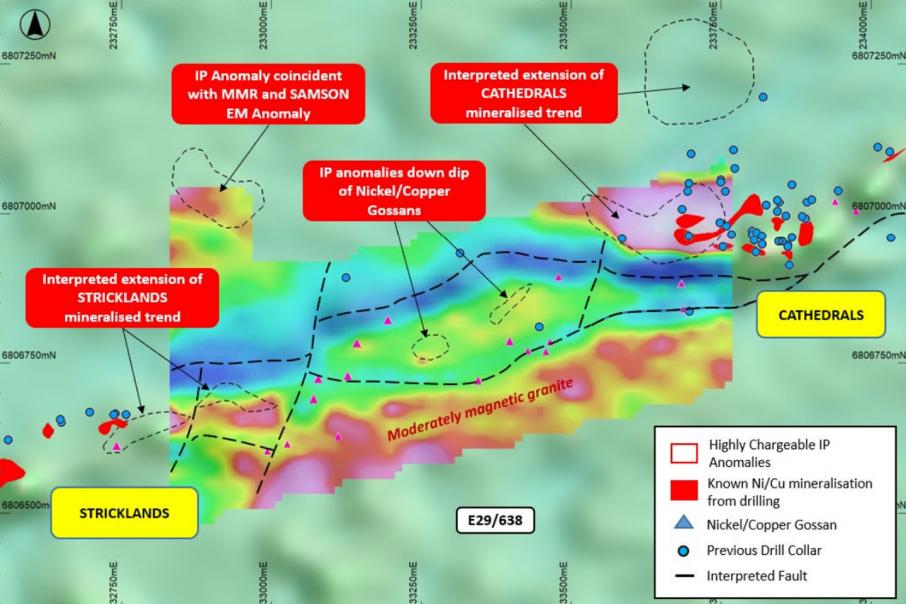 These targets may also be associated with the surface nickel-copper sulphide gossans that returned impressive rock chip assays up to 1.23% nickel and 1.09% copper.

Interpretation of the new geophysical data indicates that the Stricklands and Cathedrals ultramafic units continue into the Fairbridge area and likely extend down-plunge to the north.

Drilling at Fairbridge is expected to start in the next week.

Meanwhile, all six holes completed at the new West End Prospect have intersected the western extension of the fault structure that host the mineralised ultramafic within the Cathedrals Belt.

Management said this supports the interpretation that the Cathedrals Belt mineralised corridor could continue for a significant distance west of Investigators.

Down-hole electromagnetic surveys will be completed for all six drill holes to screen the fault corridor for the presence of sulphide mineralisation.

St George will review the DHEM data before deciding on further drilling towards the west and up to the Ida Fault.

Executive Chairman John Prineas said: “Initial drill results are encouraging and have identified extensions to the Cathedrals Belt. Downhole EM surveys in the completed holes will assist in exploring for further nickel-copper sulphides within the belt.”

“The new conductive targets at the Fairbridge prospect are particularly exciting with final modelling of these targets giving us confidence in the potential of further exploration success in our first ever drilling at Fairbridge – scheduled to commence next week.”