St George Mining has identified several strong new conductive drill targets from down-hole electromagnetic surveys at the Fairbridge, Cathedrals, West End, Investigators and Stricklands prospects of its Mt Alexander project in WA. Some of the conductors are located down-plunge from known massive sulphide lenses, which could represent extensions of the high-grade nickel-copper sulphide mineralisation. 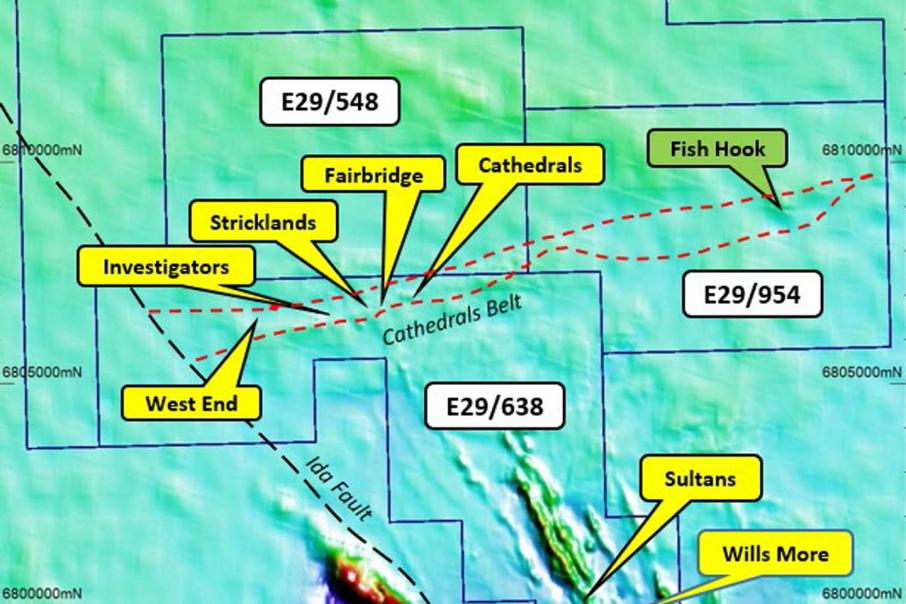 The new conductors are located at the Fairbridge, Cathedrals, West End, Investigators and Stricklands prospects.

Adding interest, some of the conductors are located down-plunge from known massive sulphide lenses, which could represent extensions of high-the grade nickel-copper sulphide mineralisation.

Meanwhile, all drill holes completed at the Fairbridge prospect have intersected the mineralised Cathedrals structure over a strike of 1km between the Stricklands and Cathedrals prospects.

Drilling to test for extensions to the Investigators and Stricklands prospects has also intersected ultramafic rocks and nickel sulphide mineralisation along strike from known lenses of high-grade nickel-copper sulphides.

Electromagnetic surveys in some of the holes have identified strong off-hole conductors that may represent massive sulphide mineralisation.

Down-hole surveys carried out in three holes between the Stricklands and Investigators prospects have also identified additional electromagnetic conductors for drilling.

These conductors are outside the areas of anomalism detected by surface-based surveys, which suggest that these previous surveys have not effectively identified the potential of these down-plunge areas which are associated with known near-surface massive sulphide lenses.

Drilling at the West End prospect has also intersected the Cathedrals structure with down-hole surveys identifying off-hole conductors that are consistent with nickel sulphide signatures.

St George said the results warrant further exploration at West End as the area is interpreted to have the potential for blind deposits due to the presence of palaeochannel cover.

A geophysical survey similar to that used to define the Cathedrals structure at the Fairbridge prospect will be used at West End to map the potential western extension of the mineralised corridor and assist in focussing the location for siting further drill holes.

The company noted that 32 holes had been completed to date in the current drill campaign with another 13 holes planned to test additional targets identified to date.

It added that more holes might be added as the down-hole electromagnetic survey results are reviewed and further drill targets are prioritised for testing.